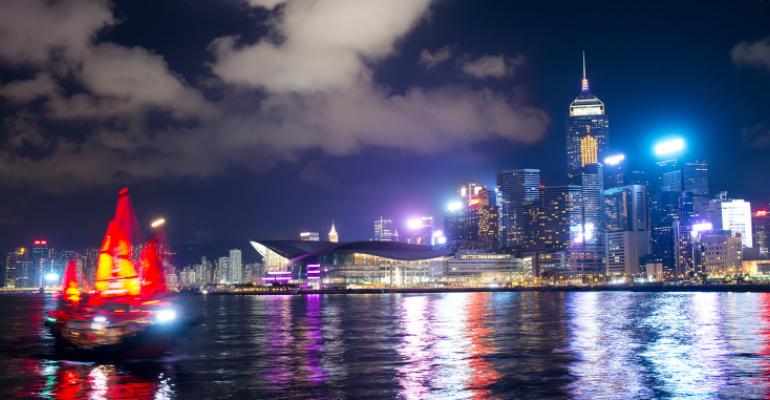 The big DMC lists top destinations for 2018, which include Hong Kong, Paris and Singapore.

Singapore-based DMC Pacific World, featured on the latest Special Events “25 Top DMCs” list, has released its mid-year review of the most in-demand destinations in 2018. In Asia, the countries that have hosted the most events in the last six months are Hong Kong, Thailand and Vietnam. In Europe, Spain leads the list with a strong performance by Barcelona, followed by the U.K. and France.

“We are continuing to see high demand for Hong Kong, which has hosted more events in the past six months than any other destination,” said Patricia Silvio, global marketing manager of Pacific World. “Hong Kong has maintained its spot as one of the top three most demanded destinations worldwide, while France--specifically Paris--dominates the MICE market in Europe.”

VIVE LA FRANCE During this six-month period, France has also seen an extraordinary 28 percent increase in requests compared with the same time period in 2017. “Paris has rebounded on the MICE market, specifically for fall 2018, and the upcoming years are looking very strong. The American clientele is making a notable comeback to the capital, and the city is attracting business travelers by holding major international congresses,” said Laure Le Pendeven, senior account project manager for Pacific World France. “In 2018, the city also became the home of Europe’s largest congress center. The hotel sector has increased renovations and openings, resulting in lower group accommodation prices. Regarding incentives, newer destinations such as Bordeaux are seeing a significant number of requests to expand their international offerings.”

HONG KONG TOPS Hong Kong is once again in the top three most in-demand destinations from the U.S. market.

“We have found that during this six-month period, we are continuing to see high demand for Hong Kong, especially from the U.S. market, which is the sixth source market in the meetings and incentives sector in Hong Kong; the first five are Asian markets,” said Dwirt Ang, business development manager for Pacific World Hong Kong. “Overall, the meetings and events segment has grown 14 percent, according to Hong Kong Tourism Board stats.”

Also noteworthy are Bangkok and Seoul, which top the list of destinations that have received more RFPs in Asia in the last six months from the American market, Pacific World says.

The top three most in-demand European destinations over the past six months are London, Paris and Barcelona, Spain. Overall, Spain has received the maximum number of requests in EMEA region, with Barcelona, Mallorca and Madrid in the top five in-demand Spanish destinations, Pacific World says.

SINGAPORE STRONG Notably, Singapore has hosted the largest events in Asia in the past six months, while it is fifth on the list of Asian destinations that have hosted the most events during this period.

Qixin Liow, senior account manager for Pacific Word Singapore, adds, “The Singapore Tourism Board has increased efforts to identify technological trends among industry experts to try to match industry needs versus technological solutions. This initiative will help position Singapore as a meetings and congress destination. The Trump-Kim Summit also helped put Singapore on the map, highlighting its strengths as a safe and secure nation, which we expect to lead to an increase in RFPs.”