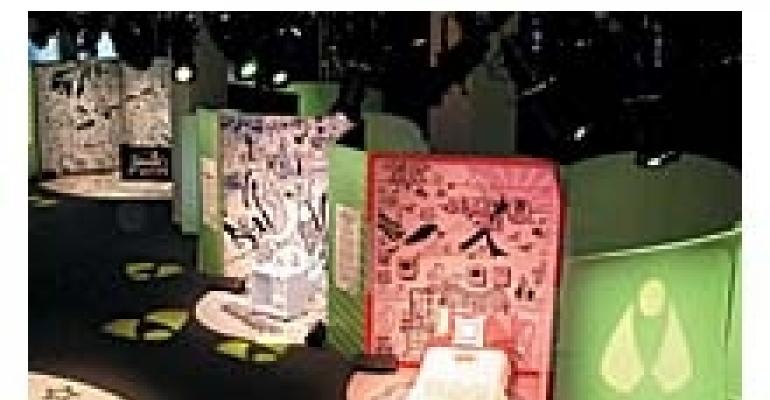 <B>Four case histories show the unique power of corporate special events to move products and even people into a new light.</b>

Little kids are big fans of LeapFrog, the line of educational computer games. But to make the leap to the more grown-up teen and 'tween markets, the company hired Dogmatic, with offices in New York and Los Angeles, to create a media event for LeapFrog's new pen-based computer, FLY.

To theme the event, held in January at New York's new Frederick P. Rose Hall in the Time Warner Center, Dogmatic president and creative director Laurel Harris jumped on visual concepts related to pen and paper. During a 30-minute press conference for 250 guests, Dogmatic created the interactive “FLY Zone” gallery, featuring customized walls and rugs blazed with a graffiti design, where the “Quantum X Team” — some of the young product developers themselves — showed reporters how to use the new computer in environments including homework, games and music. To further spread the word, Dogmatic distributed B-roll from the event to broadcast outlets through the U.S., pulling in nearly 4 million viewers.

When repositioning brands with special events, the secret is not to skimp, Harris says. Once the press shows up, she advises, “appeal to their senses, make them happy, and wow them with your vision and commitment to the future of your brand and product.”

Tougher than growing up is staying young. The venerable Old Spice men's toiletries brand wanted to reach out to younger customers with its new “Red Zone” line of grooming aids. Enter Chicago-based XA The Experiential Agency to create a red-hot nightclub event to draw influential club-goers and media to launch the new brand.

In the style of a typical club promoter, XA sent invitations to more than 1,000 guests to visit A-list Manhattan night spot Canal Room last February for cocktails, hors d'oeuvre and music by hot DJ Todd Mallis. The club turned into the “Red Zone” for 400 guests thanks to a signature red cocktail, projections of Red Zone products, and strolling models offering fragrance samples. Departing guests carried off swag bags of product.

With a positive reactions from lad mags FHM and Maxim, says Jean Wilson, XA's CEO, “The event demonstrated that Old Spice is a male grooming brand that knows its target audience, is contemporary and can have fun.”

A company's 25th year in business is a big anniversary, and Los Angeles-based TBA Global Events helped Herbalife, a marketer of weight-loss and nutrition supplements, celebrate with a big three-day event in April. The program brought more than 35,000 distributors to Atlanta's World Congress Center and Georgia Dome to mark the milestone and, more importantly, to chart the future.

From the start, TBA worked on a grand scale, kicking off the event with an Olympic Games-style opening with flag-bearers from each of the 59 countries represented accompanied by a shower of pyrotechnics. The unveiling of NouriFusion, the largest product launch in the company's history, was punctuated by the flight of a 130-foot banner across the Dome floor. Other blockbuster highlights included an internationally themed silver anniversary party for 6,500 in Atlanta's Centennial Park and a concert by Sir Elton John at the Georgia Dome.

As the first major event staged since Herbalife went public in December, the sophisticated Atlanta program not only raised the company's stature in the eyes of its distributors, “but also the company's own executive team,” notes TBA executive vice president Jeff Kline.

International Truck and Engine Corp. set an ambitious goal: $2 billion in sales by 2007. Its other ambitious goal: convincing its dealers that they can achieve it. Total Event Resources of Inverness, Ill., keyed on a “crunch” theme — both a time crunch and the need to “crunch” the competition — to create a three-day event in April in Las Vegas persuading 1,800 attendees that they could do both.

Total Event Resources president Kathy Miller turned to gearhead reality shows such as “Monster Garage” to create a contest in which the International “I Team” raced to build a “Crunch Time” truck in time for the closing session. Throughout the conference, attendees watched videos in the exhibit hall and in their hotel rooms showing the ups and downs of the build. At the closing session, an executive drove the “Crunch Time” truck — complete with a jet engine on the back — into the ballroom, where the crowd “went nuts,” Miller recounts. The event team used video to “show” the Crunch Time truck's jet engine melting the truck of a competitor, a sassy display of meeting corporate goals.

Although “not all companies would want to be this bold,” Miller notes, for her client, “it worked, and it worked very well.”