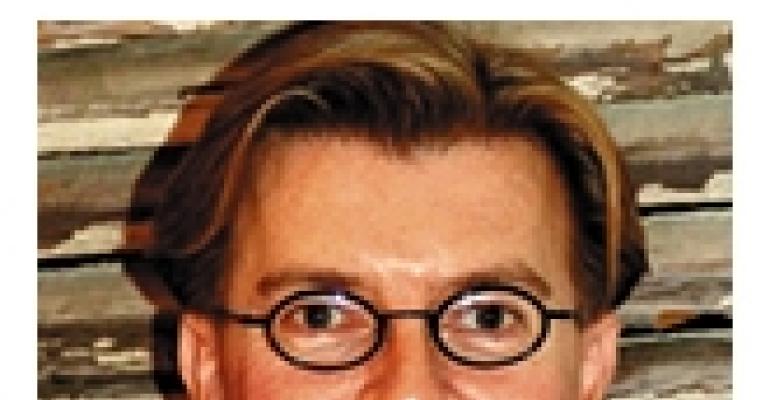 PETER Cwalino has come a long way from his days working room service at The Breakers in Palm Beach, Fla. Yes, the University of Nevada, Las Vegas-educated, CSEP-designated event pro still aims to serve. These days, however, his clients are hungry not for late-night snacks, but dynamic brand messaging. Those clients are the employees and customers of beverage and confection conglomerate Cadbury Schweppes SBS, for which Cwalino conceptualizes and produces corporate meetings, events and trade show presence in his role as manager of corporate services.

Operating out of the U.K.-based organization's Plano, Texas, offices, Cwalino says much of his work these days is dedicated to communicating Cadbury Schweppes' recent consolidation and re-branding of its U.S. beverage businesses, which include Dr Pepper, Seven Up, Mott's and Snapple. “We changed the name to ‘Cadbury Schweppes America's Beverages.’ Our tag line is that we want to be ‘the best beverage business in the world.’ Not the biggest,” he stresses, “but the best.”

Getting the idea of the “best” across means starting with the company's internal sales and marketing force. And what better way to drive home a soaring superlative than by sending eager employees into the stratosphere? That's precisely what Cwalino did with an event he created to promote the Diet Rite cola brand. To drive home the beverage's “no calories, no sugar, no caffeine” product profile, he arranged for two groups of 25 staffers each to soar 24,000 feet over the Gulf of Mexico in a zero-gravity cargo plane. Once the plane reached altitude, it then zoomed another 10,000 feet up at high speed, sending occupants into a 30-second gravity-free float through the cabin.

Calling the experience “awesome,” Cwalino notes that it both exemplified the notion of “zero-everything” and keyed on the company's internal “Leading Change” corporate initiative. “Your world was changed when you came off that plane,” he states. “Turbulence is not an issue anymore.”

With his affinity for adrenaline-pumping stunts such as the Diet Rite flight, it's no surprise that Cwalino calls himself a risk-taker. “But calculated risks,” he explains. “That's what you have to do when you're tackling the impossible” — a situation he says is more and more common these days as lead times disappear into thin air while event expectations continue to grow. “Also, you have to be adaptable,” he adds. “With vendors, it's about working well with high-level leadership teams as well as the receptionist at the front desk. And if I need to wash dishes … I've done that, too.”

“We have just implemented an ROI process in our trade show business to better understand the event marketing evaluation of a show. Results we are looking for include: What attendee fits our target profile? What is our percentage of visitor capacity for the show? What is the total value of promotion? What is the payback ratio?”

“I often think, ‘How many nos do I need to hear?’ I'm not asking anyone to jump off a bridge, or do something out of their normal world. It's usually something like moving a table from two to four feet. But I'll hear, ‘I have to get approval.’ I had a function where they wouldn't move a luncheon that needed to be moved. It was just internal politics, and in the end, they did it. But it was such a struggle. And it is not what you need when you're trying to exceed expectations.”

“On the personal side, it is definitely my two children. My daughter, Sasha, and my son, Tesh, are my pride and joy. On the professional side, it was being awarded the food & beverage contract at the Dallas Museum of Art in 1998.”