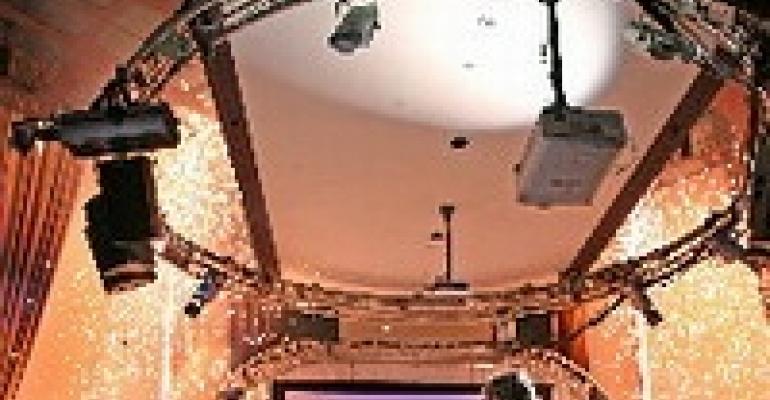 While a newspaper's redesign may be newsworthy, few would consider it the stuff that fashion shows are made of. President and CEO Carolyn Luscombe, CSEP, CMP, of Eclectic Events International in Toronto disagrees. When a Canadian newspaper asked Luscombe to unveil its new look, she decided to let fashion models do the talking — well, walking. “To me, fashion shows represent what is cutting edge in the industry,” she says. “The paper's redesign was runway-worthy, and a fashion show just made sense.”

With less than two weeks to design, plan and execute the event, Eclectic Events turned to 18-hour days to get the job done. And to set the stage, Eclectic Events first had to build one. They developed a multilevel stage they eventually reconfigured to accommodate the last-minute addition of a grand piano.

The stage built, the Eclectic Events team focused on the event itself. Flashy touches set the tone for the evening of 350 key clients and journalists. “Paparazzi” captured arriving guests' images, and aerialists welcomed guests by pouring champagne while hanging upside down. These elements served as prelude to a high-energy fashion show that zipped through a presentation of 12 newspaper sections in a speedy 12 minutes.

Despite the serious remodel of the news-paper, the show and models' attire remained playful, with the help of Janet Wagner — from JW & Associates of Orlando, Fla., and Toronto — who contributed to the design of the show and the outfits. “All our inspiration, of course, came from the specific sections in the newspaper and its content,” Luscombe notes. For example, mad scientists took over the runway in lab coats and Einstein wigs during the multimedia presentation showcasing the revamped ideas and technology section of the newspaper. Cheerleaders performed tumbling routines down the runway to demonstrate the “Sports” section, while staid “businessmen” walked down the aisle in ties and glasses during the “Business” section presentation — before unleashing some hip-hop moves.

Models weren't the only ones striking a pose. The publisher hit the runway as part of the finale and posed with the models to a burst of pyro-technics and applause. She then took the podium to deliver her remarks, which Luscombe described as a “seamless, important way to incorporate the publisher.”

Despite the challenges, Luscombe has nothing but pride for the event. “It's one thing to model fashions — it's another to take a newspaper, translate that into fashion and communicate it to attendees,” she says.