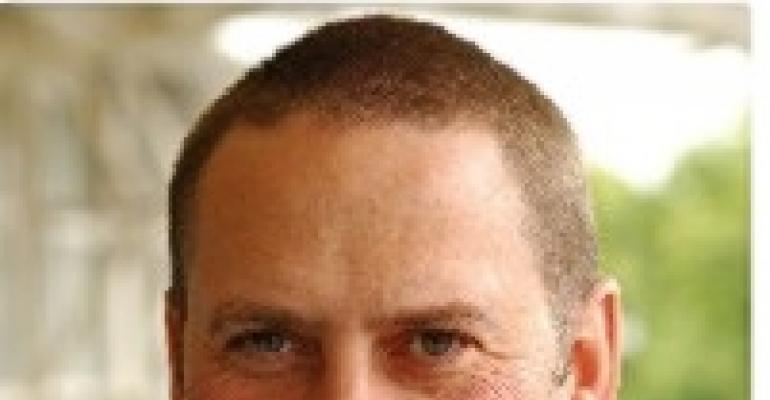 HE may have stuck with one company for longer than most, but that doesn't mean Richard Foulkes has had just one career. Far from it, says the director of special events and productions at New York's Imagination Inc. — the U.S. division of London-based Imagination Group. “The company has reinvented itself so many times,” Foulkes notes. “I've had whole different types of work to do, and different jobs all along the way.”

For Foulkes, that way began way back in 1983, when the upstart London Academy of Music and Dramatic Art-trained lighting tech talked his way into a position with Imagination, then a 39-person conference production operation. “I became person 40,” he says. And he has stayed with the company — now a 450-employee, — 93 million ($160 million U.S.)-a-year, multinational force — ever since.

In his 20-plus years with Imagination, Foulkes has jumped from lighting design to production direction to what he calls a “milestone” change 12 years ago. “That's when I decided to have a go at doing client services,” he recounts. Calling the move “a complete shift,” he explains, “Very few people come from production and move into account management, marketing, branding.” And while it may have been “funny for colleagues — seeing me go from jeans to a suit,” for him it was both a serious and satisfying switch. “Just because you do one thing doesn't mean you can't do the other,” says Foulkes, who now oversees the com-pany's booming special events and production division. “For me, it's been great, having to look at things from a different side.”

Moving to client services is that much more gratifying, he notes, when those clients include forward-thinking mega-corporations including Ford Motor Co., Intel and Warner Bros.

But along with big-name corporate clients come big-time corporate challenges, including procurement. In light of the U.S.'s landmark Sarbanes-Oxley Act demanding corporate accountability, Foulkes says, his industry is continuing to grapple with a “shift toward transparency.” “Clients are looking for the same transparency they are having to submit to,” he notes. “I believe we're going to go in a direction where event companies will have to be more open about how much money they're making. Suddenly if someone's making X percent, they'll have to justify why it's X percent.”

As for ROI, that other hottest of industry hot-button topics, Foulkes contends, “I believe sometimes people are missing the point. Maybe rather than thinking that investment equals dollars, we need to think, ‘Have we have shifted people's minds?’”

“The easiest part of my job is staying motivated. This is such an inspiring company to work for, with so many passionate people. The most difficult part is controlling that passion when you're always wanting to do more. Ultimately, this is still a commercial operation. We can spend only so many days on a project, because we still have other clients. I never want to rein that passion in, but I need to set boundaries.”

“{When we hire}, we're looking for people who are a bit strange, who think differently about things. People who believe there's a better way to do things. They might not know what that way is, but they know there's something better. It's not exactly something I can explain, I just know when I meet someone who is ‘one of our people.’”