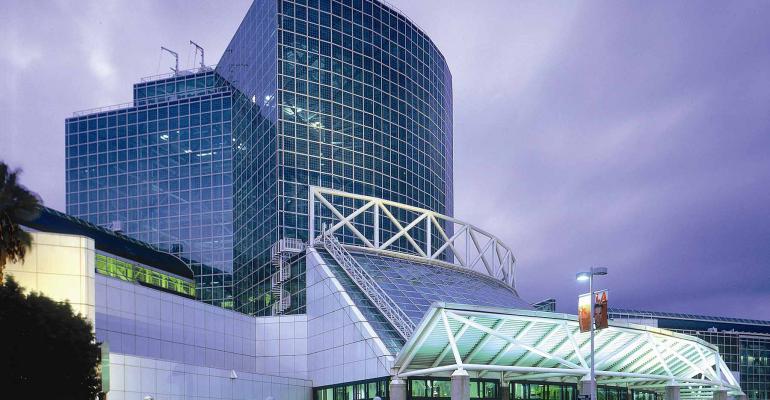 Big cities have plans to expand their convention centers in the race to bag big-budget conventions and consumer events.

Several cities are planning big-time investments in their convention facilities to lure big-budget trade shows and consumer events. The Los Angeles Times notes that both Las Vegas and Los Angeles have major expansion plans in the works:

In the scramble to book the nation's biggest and most profitable conventions, trade shows and consumer events, Las Vegas and other cities in the West are investing billions of dollars to expand centers that are already large enough to house the entire population of a medium-sized city like Burbank or Ventura. It's a race that industry experts say involves risks, especially if the nation is hit by another economic downturn. Los Angeles jumped into the go-big-or-go-home trend this month with a proposed $1.2-billion expansion to the Los Angeles Convention Center that would include a second JW Marriott hotel tower with 850 rooms. The motivation is obvious: Conventions, trade shows, consumer events and business meetings are booming, generating $325 billion in direct spending in the U.S. in 2016, a 23 percent increase compared to 2009, according to industry statistics … Los Angeles Times