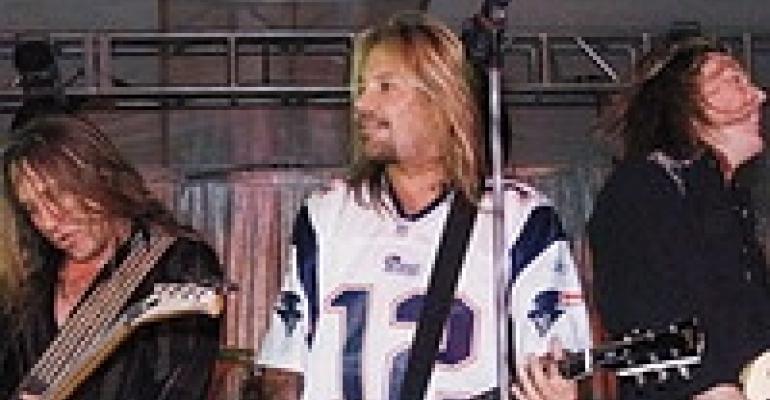 The Super Bowl is, without question, the biggest pro football event of the year. But for countless event professionals and their savvy clients, the big game is so much more than that. With its cultural associations — game-day parties, tailgating, cheerleaders, machismo — not to mention the advantages sponsors enjoy by associating with the Super Bowl brand, the NFL's annual championship offers many ways for event hosts to score points not only with clients but also charities and the public.

The Feb. 2 event's 2,500 guests may have come to the Fairmont Scottsdale Princess, in Scottsdale, Ariz., for the booze, babes and beats. But media juggernaut Maxim was smart enough to know attendees would soak in plenty of sponsor products while they were there.

That's where producer and sponsorship whiz Tracy Kessler came in. As head of two-year-old event firm TK New York and executive producer of the 2008 Maxim Super Bowl event, Kessler was tasked with not just executing this year's event but helping to create sponsor experiences that “seemed organic to the event — like they belonged there,” she says.

She counts Samsung's super-cool tunnel among the highlights of her Maxim Super Bowl party sponsorships. That's because the experience — a 26-foot-long passageway where entrants are captured in a green-screen shot, then projected on 48 40-inch Samsung LCD TVs in a variety of settings from snowscapes to moonscapes — not only fit in fabulously with the event's see-and-be-seen theme but met the sponsor client's demand for maximum interactivity. “It was really, really cool that people could go up and touch the screen,” Kessler recounts. “Some people were a little confused at first, others we couldn't drag away. They would run back and do it again.”

With so much to gain from a successful Super Bowl event — media mentions, new product reveals and celebrity cachet — it's no wonder corporate event clients pull out all technical stops for their top pre-game gatherings. And it's no small boon for the skilled event vendors who manage to score lucrative Super Bowl event contracts.

In the case of sports network ESPN's pre-game party at the Scottsdale Center for the Performing Arts, AV Concepts of Tempe, Ariz., made the most of ESPN's entertainment dollar, working closely with Los Angeles-based event producer Event Eleven.

Over the course of two events on Feb. 1 and 2 — a Friday night VIP gig followed by a Saturday bash — AV Concepts stepped up its game in order to create a high-definition experience for the guests of high-def broadcaster ESPN. “Although this party was not originally designed with an HD package, at ESPN's request we upgraded our standard-definition digital Kayak switcher by combining it with our ‘SPYDER’ HD switching and distribution package,” account executive Warren Tash explains. This combination enabled AV Concepts to switch between live HD satellite programming and local sources and cameras while maintaining HD resolution on all monitors throughout the event space at all times. All the better for guests to enjoy performances by headliners Ludacris and Soulja Boy, Tash notes.

While many Super Bowl events feature direct association with the Super Bowl, others cash in on the game's good name in subtler ways — and for worthy causes.

Roderick says she saw in the allure of the Super Bowl an opportunity to gather movers and shakers in a football-themed fiesta benefiting California Police Youth Charities. Of course, it didn't hurt that Roderick calls Playboy founder Hugh Hefner a good friend and as such was able to score as her venue Los Angeles' legendary Playboy Mansion.

While the Super Bowl provided the Feb. 3 event's thematic basis — models “dressed” mainly in body-paint “bikinis” and cheerleader boots made up the bulk of the bash's decor — it was the exclusive-access aspect of the party that justified the $2,500 per-head ticket price. “Normally tickets are not sold to Mr. Hefner's parties,” Roderick notes. “But here, people not only got to go the mansion but they got to have a tour by a Playmate. They got to watch [rock band Motley Crue's] Vince Neil perform. They got to eat and drink unlimited amounts of whatever they wanted. And they got to mingle with celebrities.” She sums the experience up: “Basically, they got to live like Hugh Hefner for a day.”

Guests weren't the only ones getting the goods. Roderick herself had an opportunity to promote Financially Hung, which she describes as “like MySpace for adults.”

As for children's charity CPYC — the organization scored a touchdown, taking in nearly $100,000.