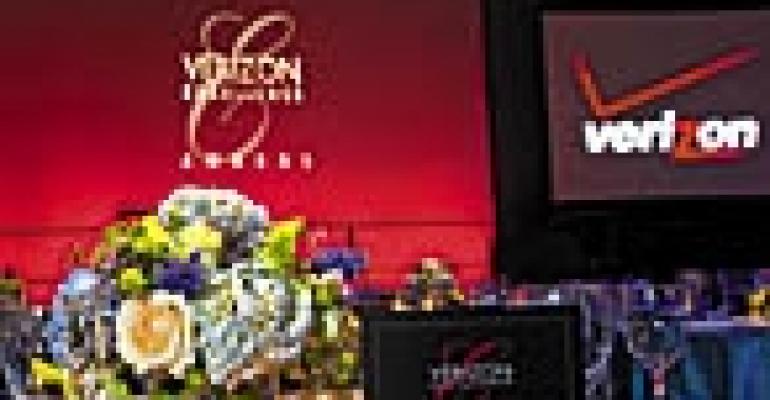 Staging a spectacular event is a feat in itself. Moving that event from venue to venue is far tougher. But taking corporate events on the road is an invaluable way to connect with customers and colleagues. Here, event experts offer insights for putting events on the move.

FRONT WORK PAYS YOU BACK.

In the course of 185 days, the tour visited 21 European cities for five days each with an exhibition showing that Mercedes serves every vehicle segment, not just luxury brands. The tour ended its run in each city with a performance by avant-garde theatrical troupe La Fura dels Baus joined by local performance artists. Bartsch estimates that nearly 500,000 people visited the exhibits.

To manage the intricate installations, the team used two versions of its main exhibition structure — one in place for guests while the other was set up in the next city. A total of 54 semi trucks housed the two installations, according to Bartsch, at the time a Mercedes employee.

A major challenge was wedging the nearly 12,000-square-foot exhibition structures into the cramped town centers of centuries-old cities. “The front work in each city was incredibly important,” Bartsch says. But it all paid off: The A-Motion Tour still holds “cult status” among European event producers, she says.

TO BE CONSISTENT, BE SPECIFIC.

Telecommunications giant Verizon appreciates its employees, and shows that appreciation with its Verizon Excellence Awards, an annual program honoring employees' extraordinary achievements. For three weeks in March, New York-based Empire Force Events helped Verizon recognize some 8,000 employees by staging 10 gala dinners in cities stretching from New York to Los Angeles, each event virtually identical to the next. Consistency in the events matters, says Verizon senior manager for strategic programs and events Dion Magee, so that no employee feels slighted.

In order to achieve that all-important consistency, Empire Force hires local vendors, but gives them detailed specifications on each event element. For example, “a designer from New York City created the centerpieces, which we took apart stem by stem,” notes Sheridan Richardson, Empire Force account manager. “We tell our vendors, ‘You will need five stems of this, four stems of that.’” The nailed-down-tight event directions mean that each event “goes off without a hitch,” she says.

DON'T LOSE SIGHT OF THE EVENT AS A WHOLE.

In contrast to the static feel of most lounge environments, the C-Spot experience kept the mood in motion with strips of floor-to-ceiling moving projections. Even guests stayed on the move, dining on “edible plate” cuisine including Greek salad in cucumber cups, nori wraps and chicken cones from British caterer Eat to the Beat. EventQuest kept the tour itself moving, hauling virtually all elements from city to city in 12 tractor-trailers. “All we sourced locally were the stagehands, food and water,” says EventQuest co-founder and creative director Mark Veeder.

Although a client may at points be tempted to cut out one city in a tour — and then assume that dollars budgeted to that city can be saved — “A traveling show needs to be looked at as one big overall project,” Veeder cautions. “How the budget breaks down per city is moot. We figure out how to get that thing on the road, and that's the bottom line.”

In 1998, Bobbi Taylor, head of Guffey, Colo.-based BT Event Productions, turned six employee/client appreciation dinners for some 1,000 guests into a series of richly themed events that unfolded like a soap opera to help her client, financial services company Bank One, celebrate reaching $2 billion in assets.

In only a week, Taylor and her team staged dinners in Minneapolis, Phoenix, St. Louis, Chicago, Atlanta and Columbus, Ohio. Although the client initially planned a single party at its Columbus headquarters, Taylor dreamed up the event tour. “I'm a marketer from way back,” she says. “I'm always trying to find ways to create ‘more.’”

The team taped each event to craft a video that was shown at the beginning of the next event the following day. Taylor played off the “Blue Angels” flying aces, casting five top company officials as heroes on a mission to build revenue. Although all the events had a different look — venues ranged from an airplane hangar to a historic mansion — the outlandish story, studded with cliffhanger plot twists, tied them all together and kept excitement building.

Taylor turned to local ISES members in each city to develop the custom events. But she cautions, “Be very careful whom you pick to be your lead person in each city. It has to be someone you've worked with before, or send in someone you do know and trust.”

Although standardized events can ensure that guests throughout the tour enjoy the same experience, events customized to each market may better suit local tastes.

When Montreal-based Sensix in 2002 took a weeklong series of customer appreciation galas for 800 guests on behalf of its transportation-industry client from Montreal to Toronto to Vancouver, British Columbia, the team relied on local talent. Although everything was based on one theme, the decor and entertainment were sourced locally to cut costs, says Sensix president and creative director Michael Caplan. Varying the entertainment “also made the experience more enjoyable for the top executives traveling to each event.”

Menus also gave a nod to local preferences, including veal in Montreal, sushi and filet mignon in Toronto, and Pacific salmon in Vancouver. Montrealers got an extra treat: As they typically have a “major sweet tooth, we added a death by chocolate sweet table after dinner,” Caplan notes. “It enabled the sales team to continue networking with their clients after dinner in a more casual atmosphere.”

KNOW WHEN TO GET BACK ON THE ROAD.

Leaving the guests wanting more was the secret behind the tour coordinated by Chicago-based Paulette Wolf Events & Entertainment, which visited four cities to show off the new high-end line from traditionally middle-market faucet manufacturer Delta to more than 2,000 guests.

From mid-February through this month, PWEE president Jodi Wolf and her team have been taking a party and fashion show to design-industry events and trade shows in Chicago, San Francisco, Las Vegas and Washington, as well as to corporate headquarters in Indianapolis for a preview to the home team.

What made each event so effective, Wolf says, is that it was powerful, but short. “Designing the presentation to be a brief, high-energy sampling of their line gave the dealer reps time to get out into the crowd and share the thoughts and opportunities resulting from the event,” she notes. “I think too many times, live productions end up being too long and taxing on a corporate audience.”

Event Marketing Steps Into the Spotlight

No longer a bit player, event marketing is moving to center stage as a powerful means to share a message. According to an exclusive study from PROMO magazine, sister publication to Special Events, budgets for event marketing reached an average of $827,911 last year, and are expected to rise 15 percent to 20 percent this year. The data is based on responses from corporate brand, agency, retail and service companies; totals may exceed 100 percent because multiple answers are possible.


This data is excerpted from PROMO's “2004 Event Marketing Study.” For more, visit www.promomagazine.com/event_marketing.