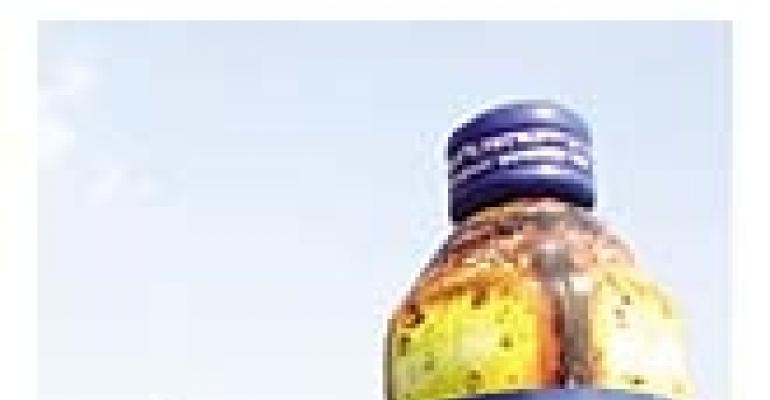 IN THE ARENA of event marketing, placing clients ahead of their competition is a key challenge. Defining brands, promoting products and generating buzz for media- and market-hungry clients all require new ideas and innovative supplier sourcing. That's where an international outlook comes in. Three events, all nominees for the 2004 Gala Award for Best Event Marketing Campaign, not only exemplify excellence in innovation, but show why one fast-growing segment of the industry is at the forefront of the global revolution.

When Bangkok, Thailand's Index Event Agency took up the task of relaunching Red Bull's Kratingdaeng energy drink in the Thai market, it had a major challenge on its hands. With its client facing a recent and aggressive influx of direct competitors to the once dominant Kratingdaeng brand, Index had to think outside the box — and the border — to define the drink.

Index took its cue from the brand's new tagline, “Real Men” — a phrase that co-CEO Kreingkrai Kanjanapokin explains “also has the underlying meaning of ‘having the courage to do something.’” Index then keyed the campaign on the words “daring” and “courage.” Armed with these concepts, and research results indicating that Kratingdaeng's overwhelmingly male, blue-collar consumers are “likely to enjoy watching rather than participating” in an event, Kanjanapokin says, the company turned to practical matters. These included the need for an event performance option that would allow maximum branding flexibility at minimal cost.

And that's where a global scope came in. “We have visited many international event trade shows to expand our horizons,” Kanjanapokin notes. One of the concepts his crew had encountered in its travels: acrobatic acts.

Though such shows have become old hat at corporate events in North America and Europe, they are brand-new ground in Thailand. For the Kratingdaeng campaign, a high-flying acrobatics show seemed an ideal embodiment of the campaign's notions of daring and fearlessness. At the same time, without the complex staging requirements, high fees and restrictive rider clauses associated with traditional headliner musicians, an acrobatic act was an ideal way to save budget dollars and put the brand in the spotlight, Kanjanapokin says.

Index eventually settled on Geschwister Weisheit, a high-wire and acrobatics troupe from Germany. The troupe, whose costumes, vehicles, sets and music all were customized to reflect the Kratingdaeng brand, became the highlight of a 25-province, 27-event campaign — a first-time event that led to first-time successes. With the excitement generated around what Kanjanapokin calls a kind of live performance “that has never been invited before to the region or utilized in the [Thai] event marketing territory,” the campaign brought in 350,000 live viewers and resulted in “steady orders from areas previously dominated by competitors' products and from stores that had never carried Kratingdaeng.”

It wasn't global sourcing but international appeal that was priority No. 1 for Wuppertal, Germany's Vok Dams Gruppe as it worked on Whirlpool Europe's 15-year-anniversary event marketing campaign.

With multiple events set to take place in one 10-day period in Cannes, France, the campaign included a press gathering, a trade partner event and four meetings for a total of nearly 1,700 dealers. But Vok Dams didn't just have to plan numerous events; the company had to render those events relevant and memorable to an attendee group that included members from across Europe and South Africa.

The international marketing company, accustomed to dealing with diverse audiences on several continents — often within a single brand marketing campaign — created a “window concept” as its foundation, says senior project manager Eva Knackstedt. The approach, designed to “ensure that the Italian dealer could empathize with the brand and its sub-brands and product range as much as the South African or German guest,” concentrated on the values of the overall Whirlpool brand, including innovation and consumer care, rather than nationally specific campaign concepts.

To circumvent the complications of language translation, a highly visual and experiential quality dominated all the campaign's events, Knackstedt explains. The highlight was the “Experience Immersion Zone” — a rotating auditorium built to represent the interior of a Whirlpool washing drum, which housed a spectacular sound-and-light show.

Yet, for all its sensory elements, the Whirlpool event would not have succeeded without sensible international travel management. Knackstedt is quick to point out that a five-person logistics team “had to spend each and every night coordinating and developing the transfer logistics for the next day.” That meant handling a staggered schedule of 400-guest groups arriving from as many as 15 different locations, with requests and questions coming in Russian, Greek and Spanish, among other languages. But the complex cross-cultural work paid off, she says, noting that Whirlpool saw European sales rise “beyond expectations” as a result of the global-minded event.

Planning film premiere events in four locations on two continents, not to mention helping coordinate almost 70 charity-partner promotional events, found Betsy Wiersma, CSEP, turning to technology for help. But without live bodies and local contacts to aid the process, her campaign for the independent film “Bobby Jones: Stroke of Genius” would not have scored as well as it did.

Wiersma, whose Englewood, Colo.-based Wiersma Experience Marketing took on the project with only three months' lead time, says getting a Web site up and running immediately was key to getting the project off the ground. The site gave charity participants access to a range of “Bobby Jones” promotional items and tools they could use to host fund-raising preview screening events, which generated buzz for the film while benefiting causes close to famed golfer Bobby Jones' heart.

But with such a short planning period, Wiersma did not have time to customize a second site to help her planning partners in New York, Los Angeles, Atlanta and St. Andrews, Scotland — locations of the film's four world premiere events — with their own organizational and logistical needs.

That's why Wiersma credits a full-time staff stationed in Colorado as critical to her events' successes. The team “processed orders, took phone calls, did day-to-day administration” for the far-flung international planning crew, she notes: “Success was not just having a plan, but having the administrative team on the phone 24/7, being the human voice of the project.”

Another human voice — her hired on-site producer in St. Andrews — also was key, Wiersma says. Without the producer's input, Wiersma would never have adapted major elements of the event to suit its Scottish audience. These included the ticket purchasing process for the premiere: “I'm used to mailings and Web sites and all this stuff, and in St. Andrews, they basically walked over and saw their buddy at the movie house and got their tickets, because that's how they always do it.” There was also the matter of entertainment. “In Scotland, they like to sing. Where we had sophisticated ensembles in Atlanta, L.A. and New York, in St. Andrews it was very folksy — people sang and danced traditional Scottish dances, and drank lots of Scotch.”

But even on-site assistance couldn't forestall every international complication. “We got killed with import tax when we sent materials over,” Wiersma notes. “We couldn't get materials into the country until we paid cash for the tax, which was based on what they determined was retail value for the materials. It didn't matter that we said they were promotional materials, they decided they were materials that were valuable, and they taxed them.” Printing promotional materials in-country would have been a money-saver, and will be her method for future international events, she says.

Still, she notes, pulling off 71 events and raising a million dollars for charity in eight days meant “the event surpassed every expectation.”