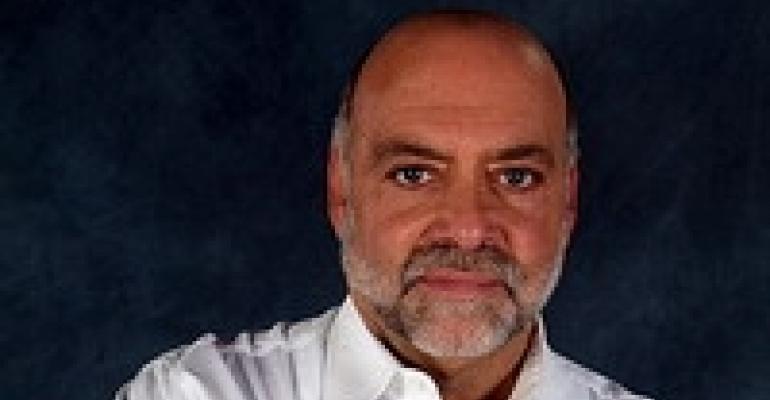 Richard Carbotti has been a special event superstar since his start, and now his two sons are in on the act.

Rhode Island may be the smallest state in America, but it is home to one of the biggest talents in special events.

Richard Carbotti, who calls Newport, R.I., his home base, has in many ways put special events on the map. For more than 25 years, he has created blockbuster special events for big-name clients and has helped events evolve from pretty parties to rich environments.

But Carbotti came to Rhode Island by accident — or perhaps more accurately, by politics. “The military brought me to Newport — I was drafted,” he recounts. It was the tail end of the Vietnam War, and when Carbotti mustered out of the U.S. Navy in Rhode Island, he and wife Patricia decided to stay in Newport. That decision launched his career in special events …

But that's getting ahead of the story. Before his naval days, Carbotti laid the groundwork for his event career.

A native New Yorker, he studied interior design at famed design school Parsons in Manhattan followed by advanced work at Syracuse University's Newhouse School of Public Communications, which trained him to interpret design in the commercial world. It all came together: “My first job was at an interior design firm, designing hotels and condos in New York City and Florida,” Carbotti says.

And he might have stayed there had the Navy not brought him to Newport. Once there and “totally by chance,” Carbotti says, he landed a job in 1983 designing events for the international syndicates vying to participate in the legendary America's Cup yacht race.

His smash debut landed Carbotti on the national scene with coverage of his stunning parties in blockbuster magazines such as People. It also drew the attention of Carol McKibben, then publisher of Special Events.

“She called and said, ‘We've heard about your events,’” Carbotti recalls. “‘You need to come to California [the magazine's headquarters] and meet some people.’”

One of the people he met was the legendary John Daly, an industry pioneer. “We connected from the first lunch that we had together,” Carbotti says. “He helped me understand that there is this industry called ‘special events’ and asked why didn't I think about it. I decided, this was a lot more fun than designing someone's living room!”

In 1985, Carbotti launched his event firm Perfect Surroundings, which has grown to include an office in Miami and — more important — the addition of Carbotti's two children, Jordan and Evan, who have been big assets.

For example, it's difficult — yet vital — to pin clients down on what they really want. Here, Jordan is a star. For a baffling bride, “Jordan will ask her, ‘Where do you like to go on vacation — Mexico? Central America?’ And in 20 questions, he will nail what she wants — say, ‘Ralph Lauren by the sea.’”