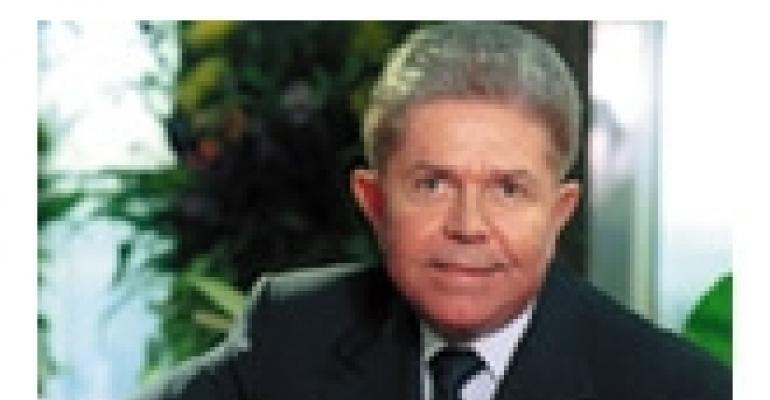 HOWARD ECKHART, CSEP, was eager to shed the stress of small-business ownership when he sold his Dallas floral shop 15 years ago. What he didn't want to lose was the creativity of floral design — a skill he'd been honing since the mid-1950s when his parents bought the local flower shop in Eckhart's hometown of Bandera, Texas, in order to support their 16-year-old son's interest in arranging.

Fortunately, Eckhart didn't have to look far beyond his established event-floral clientele. With a savvy switch from filling floral orders to providing complete event creation, Dallas-based The Party & Event Designers was born.

While he was still operating in entrepreneurial mode, Eckhart says the move from florist to event designer was liberating. Without the responsibility of controlling hard costs, such as perishables, “I could spend time focusing on an event, and I promoted that as a plus. When we would take on something for a major corporation, they had our full attention, and I sold myself that way.”

In line with consistent revenue growth — though he's mum on annual figures, Eckhart says sales volume has increased steadily — the company has added staff, now employing 10 full-timers. It also has expanded its horizons. Today, The Party & Event Designers travels frequently, along with a “full road show, just like you would have with a rock concert,” he says, to serve its corporate clients. One of his proudest examples: a 2,500-guest awards bash held in Las Vegas in October, marking the ninth year running Eckhart's team has designed the annual event for Plano, Texas-based Frito-Lay.

Eckhart counts his diverse creative background — including a degree in applied arts from Texas Tech University and experience as a milliner — as important factors in his success. But, he admits, there's much he's had to change to take him as far as he has come. Ten years ago, when his event business began to take off, “The pressures were so heavy I didn't delegate,” he says. “But now I have an association with this team I've created. I've allowed myself to release control.”

The payoff? Not only is The Party & Event Designers financially healthy, Eckhart says, but, with his handpicked husband-and-wife team of Todd and Wendy Dooher now running operations, so is the event industry veteran. “I'm 66 years old,” Eckhart says. “I go to the gym every morning at 10 a.m. with my trainer. I come into the office every day at 12:30 and have lunch, and then I spend the afternoon with my staff.” In fact, because the company is based in an industrial district with little access to restaurants, Eckhart springs for lunch daily for all his employees. “I'm blessed with my health, and I enjoy the love I share with my family and friends,” he adds. “I feel very lucky.”

“For any event we do, we require 75 percent to 80 percent of performance budget in advance. Each thing is working on its own money. That allows us to take care of our partners and pay them ahead of time, and we get better service from them. Also, our end client has better service from us, because there isn't the pressure of worrying that we might not be able to pay our bills. I couldn't do that as a retail florist.”

“With DMCs, we basically have outside salespeople. They're out there actually selling, and we're here filling the orders. We need to give them something to sell from. Our Web site has more than 1,500 pictures, and our DMCs use that as a library to pull images of our decor from. Sometimes we don't even know what they've sold until they get back to us.”

“When we moved I decided I would serve lunch to my team every day. What we do is sit down as a family, the executive level along with the warehouse level, and we just visit and eat together. It gives all levels a chance to feel like they're part of something together.”