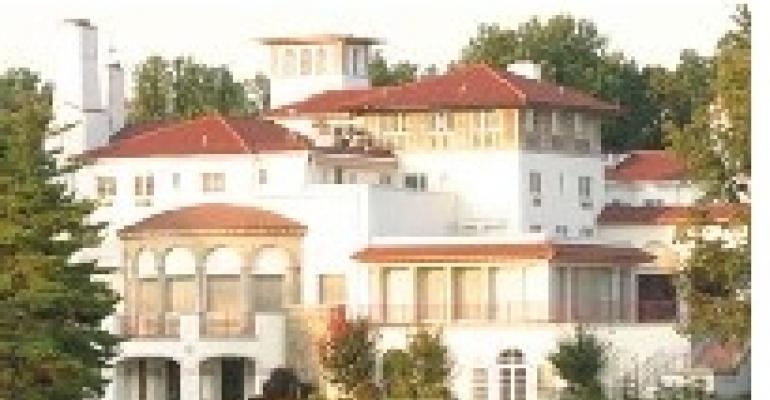 The Washington area is no stranger to inaugural events. But inaugural Professional Golfers' Association tournaments — well, that's a different story. When the Tiger Woods Foundation teamed up with AT&T to debut the AT&T National at Bethesda, Md.'s Congressional Country Club in July, the Irvine, Calif.-based children's charity had little time and no history to rely on in coordinating the four-day golf extravaganza. Good thing the Washington area counts such consummate planning professionals as landscape designer Plants Alive and caterer Ridgewells among its cadre of event experts.

For Silver Spring, Md.-based landscaper Plants Alive, a carte-blanche directive from the Tiger Woods Foundation made a crunch-time transformation possible.

While the job was a big one, involving landscape coverage of arrival areas, hospitality tents, office trailers and other sites, “Nothing could be more delightful” than having free rein to do as he saw fit, says Plants Alive's Dale Harmon. As a result of such empowerment, “My guys really got into it,” he notes.

Despite the sweltering midsummer temperatures, the Plants Alive team stepped lively, taking a little more than a week to install willow trees, black olive trees and stately cypress trees. To give plain-Jane office trailers an elegant finish, the landscaper included such touches as Belgium blocks, which created an impression of structural permanence while providing protection to the plants and soil against the possibility of summer storms. A downpour “could have washed everything down the hill,” Harmon says.

Landscape highlights included lush hanging baskets, which Plants Alive, rather than suspending in the traditional manner, set down on the ground beneath a temporary arrival bridge. The result was a pretty focal point for guests making their way across the bridge. Crape myrtles, petunias, impatiens and geraniums gave extra jolts of color.

With 15-foot-tall willows and other premium plants worth thousands of dollars, “Everything has to be wrapped, tied, sleeved and cocooned to lay down in the truck and not get damaged,” Harmon explains. Fortunately, he notes, “The guys that work with us are very good at what they do.”

The crew from Bethesda, Md.-based Ridgewells, meanwhile, had its own challenges to contend with.

Hired by the Tiger Woods Foundation to provide all on-course hospitality, the caterer found itself having to set up during Congressional's big Fourth of July week. That meant interrupting a multi-day load-in in order to accommodate the golf course's annual Independence Day celebration and fireworks show. “We had to be finished by 8 p.m. on the [night of the fireworks],” recounts Ridgewells director of major events Andrew Chalfant. “If we hadn't finished, we would have been escorted off site by police and fire marshals” prior to the venue's pyrotechnics. Loathe to cause a scene, the Ridgewells team beat a retreat at 7:45 p.m. sharp.

Without an event history upon which to base its planning, Ridgewells also struggled with staffing. “We had about 120 staff working the event every day,” Chalfant says. “In some places we had way too much staff, in some places not enough, and we had to keep moving people around.”

Despite challenges, Ridgewells won over its client with such mouthwatering local specialties as its signature crab cake sandwiches, which it provided on the event's final day to lend thematic continuity.

The Tiger Woods Foundation recognized the event's positives — a final-day turnout of 37,000 fans among them — and it rewarded the two vendors for their contributions to the event's success. Both will be back for next year's event, according to foundation president Greg McLaughlin, who adds, “Both companies provided excellent service and product. The staffs were great, friendly and easy to work with.”

With the AT&T National on the books for 2008, both event teams already are making big plans.

Harmon has his eye on several varieties of silk plants, which have achieved such high quality in recent years, he says, they are virtually indistinguishable from their living counterparts. “I'm looking at [silk] azaleas and rhododendrons, mixed in with real plant material, so we can add more color with less maintenance,” he notes.

As for Chalfant, he intends to use his ample lead time to address catering staff scheduling and training. “Now we'll know where you park, where staff checks in,” he says. “We'll have proper training materials. We'll be able to provide picture books for the chefs of how salads are supposed to look, how buffets are supposed to look.”

Such preparations are part of Ridgewells' determination to “take the kind of high-end catering you see at a 300-person wedding in downtown D.C.,” Chalfant says, “and translate it to an off-site sporting event.”

Telephone numbers for Plants Alive and Exquisite Floral were switched in the print issue. They are listed correctly below.