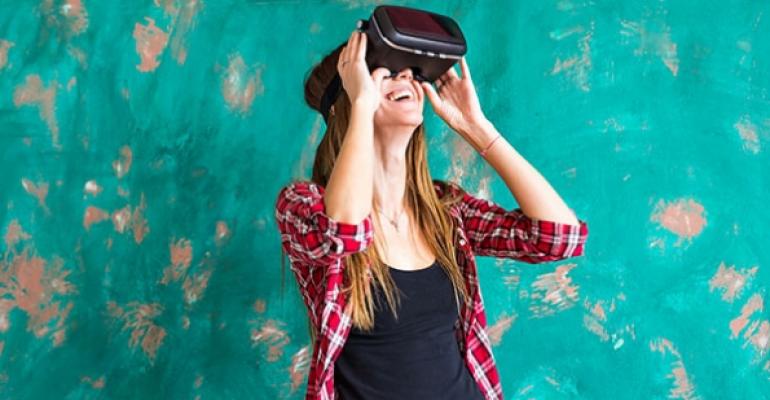 Getting Real: Virtual, Augmented Reality Move In on Events

Events and meetings are moving into a whole new dimension thanks to the emergence of augmented and virtual reality.&nbsp;

Events and meetings are moving into a whole new dimension thanks to the emergence of augmented and virtual reality. These new technologies can transport guests into AR worlds that are a little more robust (think Pokemon Go) or all the way into new worlds, via VR. The applications are endless, from hardheaded venue tours to heart-stopping entertainment, say our colleagues at MeetingsNet:

Meeting planners are people people—they have to be, given that what they do is all about providing in-person experiences. So the thought of using virtual and augmented reality in meetings has been a little controversial, said Brandt Krueger, educator, speaker, consultant who specializes in the field of meeting technology, during a recent MeetingsNet webinar.

“The idea of having people in the room strap devices on their heads that are going to separate them from each other gives a lot of meeting professionals the heebie-jeebies,” he said. But, like it or not, AR and VR are not just coming—they’re already here, and according to Krueger, they can be a boon to planners before and during events … MeetingsNet