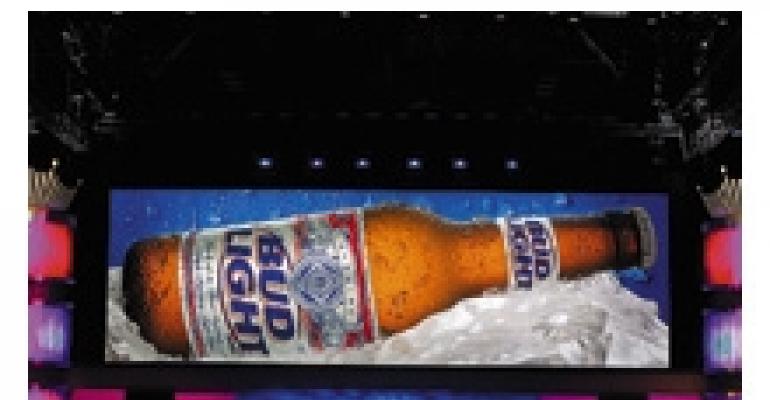 LIGHT OF THE PARTY

THEY TURN WALLS into living worlds, wash rooms in rich color, and put attendees in the middle of the action. They're today's hottest lighting advances, and they point to a bright future for special events.

Aarhus, Denmark-based Martin has made its mark on the industry with its Mac 2000 moving-head fixtures. Macs have been used to bring brilliance to such high-profile events as the Athens 2004 Summer Olympic Games opening ceremony. But the popularity of the Mac series, with its framing shutters and gobo animation system, hasn't stopped the manufacturer from coming up with new creations to serve special events. And, says U.S. sales director Eric Loader, nothing is newer than Martin's Maxedia digital media composer, introduced at London's Professional Lighting and Sound Association exhibition in September.

Citing the unit as ideal for “festivals, large-scale events, presentations, product launches, marketing events or any occasion requiring eye-catching visual content,” Loader says Maxedia's power lies in its versatility and quick-change capability. Besides being able to generate a maximum of 20 visual layers simultaneously, create 3-D effects, and offer programming and playback without the use of a DMX console, the media server system offers an improvement on units that require off-site video and image content preparation and pre-loading.

“Maxedia makes it simple to adjust looks on the fly, without the need for off-site reediting. Real-time changes appear instantly with no delays,” Loader explains. Such adaptability matters to event lighting designers because “the ability to control video via the lighting desk is essential for control and timing considerations,” he suggests. And it holds appeal for budget-minded planners because it “eliminates the need for a dedicated video designer and operator.”

Bringing its own brand of video versatility to the media market is Austin, Texas-based High End Systems. The company introduced its DL2 digital video projector at the October ETS-LDI show in Las Vegas, and sees great event potential for the multiuse unit.

High End's Debi Moen says the DL2 “resembles an intelligent moving luminaire, and controls just as easily.” Touting the DL2 as an improvement on its predecessor, the DL1, Moen notes that with the new model, “Content is stored in a media server, which is integrated into the unit. It's perfectly suited for the special event market, as it allows a designer to use customized images, corporate logos, video and other media in their own custom-designed presentation or show.”

Features include an ability to import 3-D graphics and change viewing angle and perspective on imported images, as well as full-blackout, edge-blending, scaling and color-mixing capabilities. Then there's what may be the DL2's most event-friendly element: the Digital Eye, which Moen describes as “an infrared illuminator and camera that ‘sees’ in the dark,” allowing the designer to capture crowd reaction and onstage presenters, and incorporate video of both into the presentation.

The VL3500, launched at an August open house in New York, has an automated four-blade shutter system that allows designers to “light right up to the edge of a stage, booth, video screen or other scenic element without spilling light into areas where it is not wanted,” Morrison explains. On top of that, the VL3500 features a 10-degree-to-30-degree zoom range and quiet-operation option.

For event pros who require extreme color capability, there's Vari-Lite's new VL2500 spot, introduced in October at ETS-LDI. By using a CYM color-mixing system and the luminaire's fixed color wheel, designers can “create vibrant looks in almost any color imaginable,” Morrison says. Also, because the VL2500 is a hard-edge fixture, it can highlight specific areas of interest, speakers or performers and project gobo-pattern images onto a surface for signage, graphics or texture.

On top of that, “The unit is amazingly fast. But even in extremely slow settings, the fixture has extremely smooth movement, so designers don't get the herky-jerky beam motion seen with other automated fixtures,” Morrison adds. That makes it ideal for events “ranging from trade shows to live performances to corporate events — indoor and out — where clarity of optics, zoom range, fast, smooth movement and powerful output are required.”

Breaking Free from the Plateau in Your Business
Nov 23, 2022