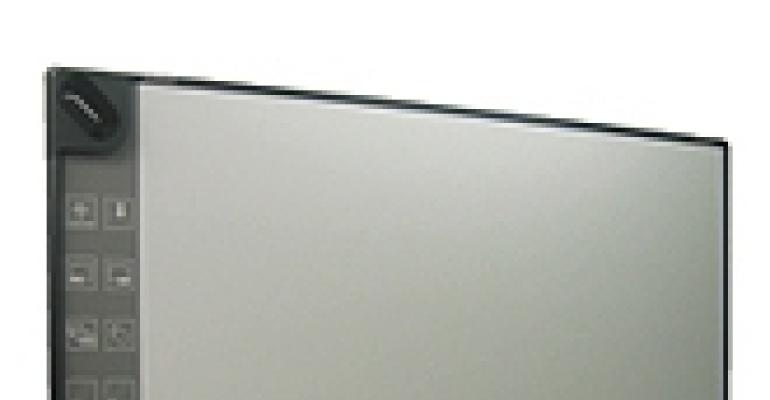 WHETHER you're communicating to a crew of 10 or a crowd of 10,000, when you have something important to show and tell, then the right projection system can get your message across. So how is an event planner to choose? By knowing not just your presentation needs but also the possibilities and limitations of your viewing space, you'll be ready for your projection selection.

TIP: Take up a board sport.

According to Hitachi America's Daniel Lee, today's projectors are not just brighter, they're actually smarter. “Projection system technology is becoming more intelligent in terms of networking capability, as well as cross-component compatibility,” says the vice president of marketing for the Chula Vista, Calif.-based firm.

Among Hitachi's hottest products for event and meeting professionals looking to take advantage of smart technology are the company's FX-series StarBoard interactive whiteboards, according to Lee. Available in three screen sizes, in wired and wireless versions for both Windows and Mac applications, the whiteboards are “highly applicable for any event or meeting where data is to be presented and discussed,” he says. So whether you're an event producer with a proposal to show off to a big client or a corporate leader presenting the next big business move at a meeting of your company's greatest minds, you stand to benefit from the StarBoard setup, he adds.

What's so great about the whiteboard? For starters, Lee says, speakers can annotate directly on a presentation. StarBoard software, which features pull-down menus and other familiar tools, is “quick and simple” to use, he adds. Then there's StarBoard's ability to print out meeting notes immediately after the event, “providing valuable take-away tools for both presenters and attendees.”

With functionality like that, it's no wonder that “end-users find the technology highly useful during presentations,” Lee says, while “Meeting planners appreciate the ease of operation, as the {StarBoard} software is simply loaded to a computer, and the system is ready to go.”

TIP: Choose right for your site.

To ensure that you get the most out of your projector, Los Angeles-based reseller CCS Presentation Systems' Sarah Sackett advises a serious site inspection. “How large is the room? How many people will be in your audience? How much control do you have over lighting?” The answers to these questions, she says, can mean the difference between projection success and an unsightly mess.

The key, Sackett says, lies in the right brightness. For an intimate group of 30 to 40, for example, with an 8-foot-wide screen as your viewing surface, a projector with a brightness reading of no less than 3,000 lumens will do, she explains. With that brightness, “The picture is going to be bright and not washed out; everyone's going to be able to see it, and you won't be so concerned about turning out the lights,” she says.

Some jet-setting event and meeting professionals with their own presentation needs won't be able to resist the gadget-geek allure of today's hot new pint-size portables — the smallest weigh in under 2 pounds and fit in a pocket — but buyer beware, Sackett cautions. “You have to understand the limitations of 2-pound projectors. Anything larger than a room of 10 to 25 people, and you're better off picking up a few more pounds and getting something brighter.”

On the screen side of projection, Spiceland, Ind.-based screen manufacturer Draper is getting mileage out of its moves toward simplicity. A shift to lower-grain screen surfaces is making the most of today's powerful projectors, which “usually perform best with a smooth, less-reflective viewing surface,” says product manager Jim Hoodlebrink.

Along with its lean toward low grain is Draper's focus on portable screens for its event and meeting clientele. The company's Ultimate Folding Screen, for instance, “is unmatched for easy setup and precision in manufacturing,” Hoodlebrink notes. “The lock-and-load latch opens and locks in one easy motion, with rigidity and incredible durability” — good news for planners who can't afford mid-event breakdowns.

Need to shift your projection surface among venue rooms or buildings, or even across town? Draper's RoadWarrior makes a handy travel companion, according to Hoodlebrink. “Set it on a table or on the floor, open, and lift the center tab,” he says. And when you're ready to hit the highway, “The RoadWarrior collapses into a sleek aluminum tube that fits in a car trunk.”

All these portable, versatile, user-friendly innovations are great for meetings and events of most sizes. But if you need to go big — as in really, really huge — Essex, England-based E\T\C UK's OnlyView software might just be your go-to technology.

OnlyView allows “the feathering together of several projectors to produce single, enormous images,” explains E\T\C's Ross Ashton. And it can do so using any kind of media — video, still images, text, sound, etc. — and any kind of projection system, as well as any type of screen surface or shape.

But it's not just big-name entities such as MTV that stand to benefit from E\T\C's enterprising technology. Ashton says he hopes the large-format projection services his company now offers will make all kinds of event clients “start thinking bigger in terms of their video projections — it's all down to ideas and vision.”