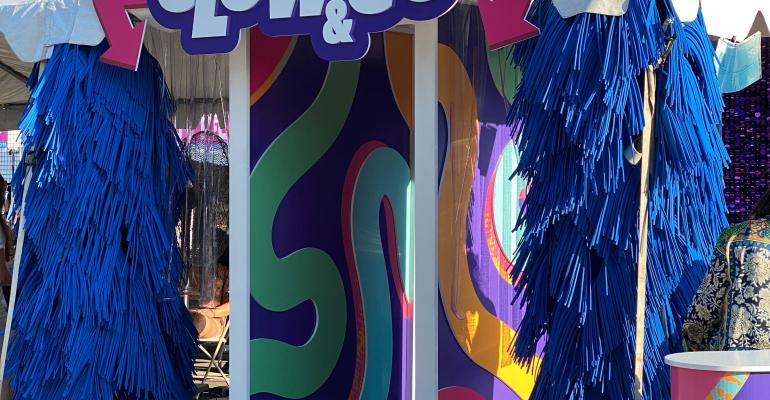 Yahoo celebrated Pride month across the globe with the theme “Let’s Glow” to celebrate diversity and burn bright. Yahoo partnered with Superfly to create activations with a memorable feature: a human glitter “car wash” that refreshed Pride attendees in shimmering body art. “We wanted to give Pride attendees a fun and celebratory experience that feels authentic to the community,” said Matt Dillman, Creative Director at Superfly. “Who doesn’t want to get their glow on during the summer?”

Even though June is over, the celebration won’t stop: Yahoo & Superfly will pop up at additional Pride events throughout the summer, including Omaha, Nebraska (7/16), Austin, Texas (8/20) and San Jose, California (8/28). Additionally, Yahoo has taken action by stepping up LGBTQ+ support: they signed the HRC business statement opposing anti-LGBTQ state legislation; they’re making a $500k media donation split between the National Center for Transgender Equality and GLSEN; and they’re activating editorial with Yahoo’s Pride hub and premiering new LGBTQ+ programming including:

Take a look at this glowing Pride activation and get inspired by the glittery fun!

Incorporate Immersive Dining Trends into Your Next Event
Oct 12, 2022