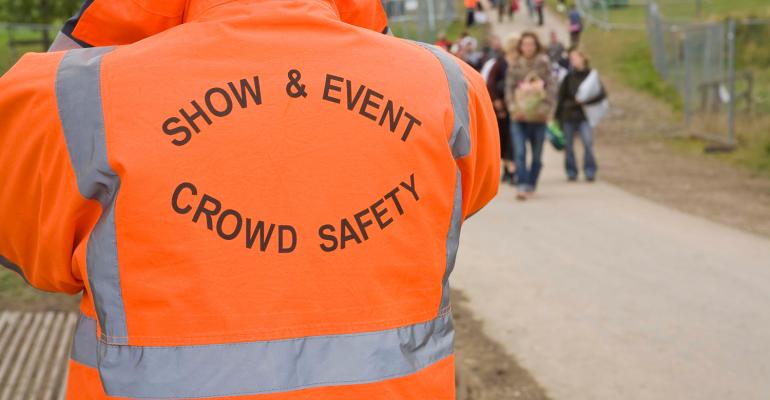 In light of recent event worries--including the Barcelona stage fire and Manchester bombing--The Special Event 2018 will offer an event-safety track.

Some 22,000 people were evacuated from the Tomorrowland Unite EDM festival in Barcelona Saturday after a fire broke out on the main stage. No injuries were reported, according to Spanish newspaper El Pais. The blaze apparently broke out after a pyrotechnic element malfunctioned went wrong.

Incidents such as this--including the infamous Indianapolis stage collapse in 2012, which killed seven and injured nearly 60—have event safety top of mind for event pros.

Compounding the issue are ongoing terrorism concerns, including the June 15 bombing at Manchester Arena during an Ariana Grande concert. This attack killed 23 and injured 250.

Due to the growing demand for safety and security at special events, The Special Event 2018 will feature a new track devoted to Event Safety. The show runs Jan. 30 to Feb. 1 in New Orleans.

GO FOR THE PROS
“This again reminds us of the importance of qualified professional producers, suppliers and trusted collaborative partnerships! This could have happened to anyone, and it's the reaction and action taken afterward by the entire team that becomes the differentiator in these situations.

“We all need contingency plans, emergency response plans and comprehensive communication plans with any scale of event. Even more important is pre-event assessments to identify and mitigate risks. We cannot only be reactive with live experience safety; we need to be proactive and prepared.

“A key thing to remember is that no one is immune to accidents or incidents in this or any industry. It's how we prepare for them and manage them that makes the difference. Be prepared!”

ATTENDEE RESPONSE CRITICAL
“You can never predict or prevent a catastrophe such as fire from happening at an event. The fact that there were 22,000 people and everyone got out alive is a testament to advance crisis management preparation by the event sponsor and crowd control.

“Ultimately, attendees have to take responsibility for their lives and react like survivors in the first five minutes. Knowing where the exits are and alternative exits influence chances of survival. Staying calm and calming others; keeping hands empty, don’t yell or distract, move quickly but do not run and cause a stampede. Help others if possible but do not delay. Keep you cell phones off, do not take photos or make phone calls. Get out of the way of law enforcement and let them do their job.”

STAY POSITIVE
“Positive note—22,000-plus people evacuated safely because they listened to instructions and walked out. No running, which prevented stampede-type injuries.”

Are Your Events Safe? Safeguarding for a Successful and Secure Event
Sep 20, 2016