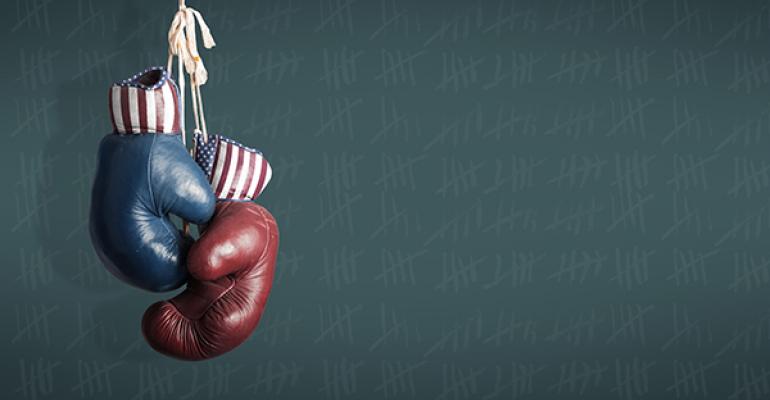 Cleveland to Set 'Event Zone' To Ensure Safety at RNC

Violence is a recurring theme at Donald Trump‘s political rallies. That fact has not been lost on city officials in Cleveland—host city to next month’s Republican National Convention, where (presumably) Trump will become the Republican nominee for president. Thousands of officers from multiple agencies will coordinate to control the tens of thousands of visitors expected to inundate the city—and prevent those crowds from transforming into mobs. But police won’t be the only ones keeping things in check. To keep things civil, Cleveland will leverage the fabric of the city itself. Local and federal officials are cordoning off a 3.3-square-mile city-within-a city: the “Event Zone.” That’s where security will be tightest … --Wired