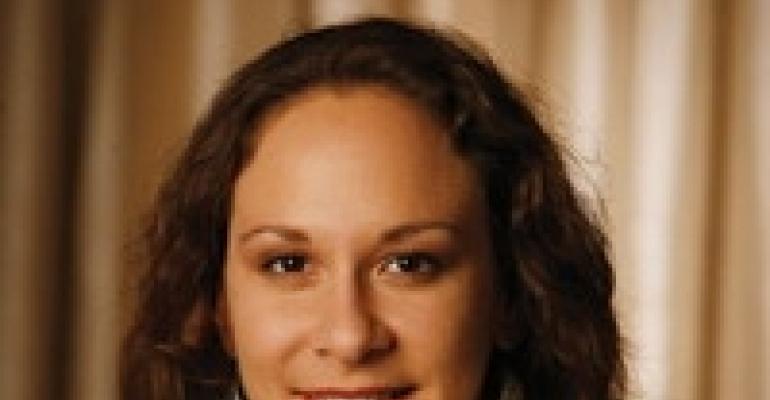 Antonia Keller caught the event bug early. She started planning events while a Spanish major at Louisiana State University. After graduating in 2000, she signed on with a Dallas-based event firm, then returned to her hometown of New Orleans to work with DMC powerhouse USA Hosts. But it wasn't until Keller leapt into the nonprofit arena, a mere seven months after the devastation of Hurricane Katrina in 2005, that she found her niche.

Keller serves as events manager for the New Orleans-based Emeril Lagasse Foundation, a children's charity supporting culinary education, cultural enrichment and life-skills development in cities where the celebrity chef's restaurants operate. The jewel in Keller's event-planning crown — and key to the foundation's hefty contribution to projects such as the nonprofit restaurant Cafe Reconcile and a new kitchen classroom at New Orleans' St. Michael's Special School — is the Carnivale du Vin. Describing the culinary festival as the foundation's “annual showcase,” Keller explains, “The event is an all-night celebration with many different facets to the evening, from the cocktail reception to the seated wine-pairing dinner prepared by celebrity chefs to the live auction hosted by Chef Emeril.”

From year to year, one of her trickiest tasks is the orchestration of Carnivale du Vin's big-ticket dinner. With top-level chefs — this year's lineup includes Mario Batali, Thomas Keller and Gale Gand — preparing their dishes à la minute, “The challenge is to mimic fine-dining service for 600,” Keller says, “ensuring that it is carried out just as if you were dining in one of Emeril's restaurants at an intimate table of four.” In November she'll look to the Hilton New Orleans Riverside for flawless execution, helping ensure the event's “unprecedented” one-night $2 million fundraising goal.

If there's one thing Keller's learned in her experience with the foundation, it is to take challenges in stride — something she's been doing since the event's inaugural year, when Katrina forced the party to move from New Orleans to Las Vegas. Carnivale du Vin returned to the Gulf Coast the following year and will head back to Las Vegas in 2009 for the event's fifth anniversary. For Keller, the Las Vegas visit is just one more chance to “express Emeril's vision and passion to improve our communities,” she says. “Throughout the year we work to make his dreams become reality.”

“Once the party is over and the bids have been tabulated, that's when commitment and follow-through become most important. Getting people excited for our event is one thing, but we also work hard to make sure we deliver on their high expectations afterwards.”

“Live auctions have been increasing in popularity, and with the right donor base have been garnering six figures for some of the most unique wine and food lots. However, with so much competition for philanthropic dollars and a slowing economy, we may see some changes in bidding this year.”

“Philanthropy is a growing part of the market, driven and affected by many of the same challenges the for-profit sector experiences. At our caliber of event, we offer our donors the added value of coming to New Orleans, where they can see the difference their dollars are making.”