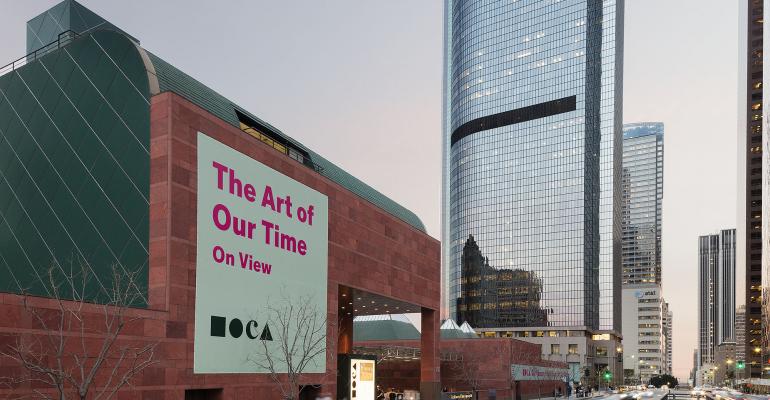 The big fundraiser for L.A.'s Museum of Contemporary Art fights to regain its footing amid battle over diversity of honorees.

The fate of the 2018 fundraising gala for L.A.’s Museum of Contemporary Art is up in the air after an artist board member declined to be the event’s honoree because, he maintains, the slate of past honorees has shown little in the way of diversity. Recent honorees—internationally renowned artists--have been straight white men, according to the Los Angeles Times:

A party is just a party—until it’s far more than that. The Museum of Contemporary Art recently mailed May 12 “save the date” invitations to its 2018 gala honoring one of its artist board members, Mark Grotjahn. But Grotjahn, who agreed to be honored last year, has since declined to accept the award. His reason: a lack of diversity in the museum’s recent gala honorees, who have been straight, white men—Jeff Koons last year and before that, Ed Ruscha and John Baldessari. The Grotjahn news lands at the same time that artist Lari Pittman, who is gay and Latino, confirmed to The Times that he resigned his seat on the MOCA board about two weeks ago … MOCA said it is rethinking its gala and will send out a new announcement in the next few weeks.

Like most museums, MOCA stages the gala as its biggest fundraiser of the year. With the goal of selling tickets—which at MOCA start at $2,500 for individuals and run to $100,000 for a table--museums typically choose big-name honorees to fill seats. LACMA’s 2017 Art + Film Gala honored George Lucas and Mark Bradford … Los Angeles Times