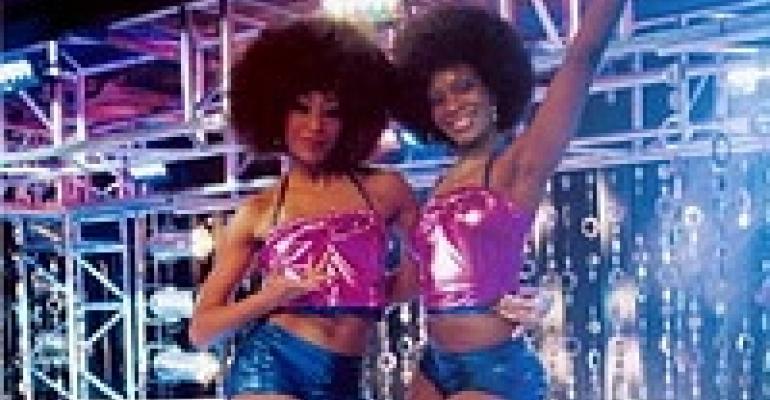 With a low-cost, high-style disco theme, the 2009 Daffodil Ball beats the blues

With expected attendance down more than 25 percent over years past and the dismal economy crimping corporate philanthropy, Montreal's 2009 Canadian Cancer Society Daffodil Ball, held in April at the city's historic Windsor Station, needed to maximize net revenue with a minimum of over-the-top flash. The event's longtime producer, Alison Silcoff, and her Montreal-based team pulled off the feat by maintaining a “spirit of celebration” while keeping key costs down — and keeping donors in the loop.

Rather than completely cutting out the features that attract attendees to the prestigious fundraiser, Silcoff cut back creatively, starting with a “cheap and cheerful” disco theme. For decor, Silcoff managed to slice this year's expenses in half compared with last year's. “Disco balls and other glittery disco decor is inexpensive and gives a great effect for a low price,” she notes.

The entertainment budget also benefitted from the disco theme by allowing for the use of a DJ at a price tag of $750 “compared with the tens of thousands of dollars spent on two bands in 2008,” Silcoff says. Also an entertainment bargain, disco stars from the '70s performed at the event booked for much less than current music headliners would charge, providing “great nostalgic bang for their buck,” she adds.

To save on food and beverage, Silcoff served guests bubbly Italian prosecco instead of champagne — at one-third the cost. Meanwhile, a beautifully presented dinner of roasted grouper and red peppers stuffed with eggplant “caviar” cost $15 less per head than last year's meal.

Other cost reductions came as a result of good timing. For example, “The parking lot was donated, as there was no hockey game at the nearby stadium,” Silcoff explains. “In 2008, there was a game the same night, and we had to pay $5,000.”

DONOR RELATIONS While she slashed production costs, Silcoff, who oversees the event's fundraising as well as production, adapted her efforts to the chilly new economic climate.

Her first order of business, working in conjunction with her client, was to make more tickets available at each donation level — for instance, a $5,000 donor could purchase four tickets instead of two — which “effectively reduced the per-capita cost of attending without obviously reducing prices,” Silcoff says. On top of that, this year's event saw the number of the fundraiser's least expensive tables rise to 10 from seven last year.

Perhaps the most important — and unorthodox — step Silcoff took was to preemptively address the issue of the economy with donors. The producer recalls that when she expressed her concern about the event's relative austerity given the price of attendance, one of her major event sponsors suggested that she draft a letter to donors explaining the situation candidly. She took the sponsor's advice and e-mailed guests before the ball “to sensitize them to the efforts organizers had made to strike a balance between a spirit of celebration and responsible expenditure.”

GLAM SLAM Not only did the event meet its objective to, according to Silcoff, “raise a significant amount in spite of the recession,” it also raised guests' spirits.

From the 45-rpm-record invitations to the event's iconic “Studio 54” signage, from the mirrored disco balls to the gold-framed screens displaying 1979 nightclub footage, guests found themselves immersed in the sights and sounds of disco's heyday. Of course, this being the Daffodil Ball, a bounty of the event's signature flowers filled the room, from arrangements set in sparkling green disco boots flanking the entrance stairway to towering glass, chandelier-topped table centerpieces.

Beyond its glossy look and infectious music, the event enticed guests with interactive excitement. On the dance floor, “Eight disco dancers in knockout costumes kept the floor packed with their high-energy, sexy moves and constant interaction with guests,” Silcoff says. Then there was the high-stakes raffle, with prizes including a Tuscan villa vacation and a trip to Paris for four.

Despite the bad economy and lower attendance, the 2009 Daffodil Ball managed to net more than $1 million in revenue for the Canadian Cancer Society while reducing expenses by $80,000 over 2008. The event elicited rave reviews not just from attendees but also from the event's past chairmen, who invited the producer onstage and publicly lauded her valiant efforts — “The first time this has ever happened,” Silcoff notes.

Silcoff says the ball is particularly rewarding to her. “I am a very competitive person,” she explains, “so being able to measure success in dollars is very satisfying, as is knowing the importance of the cause.”