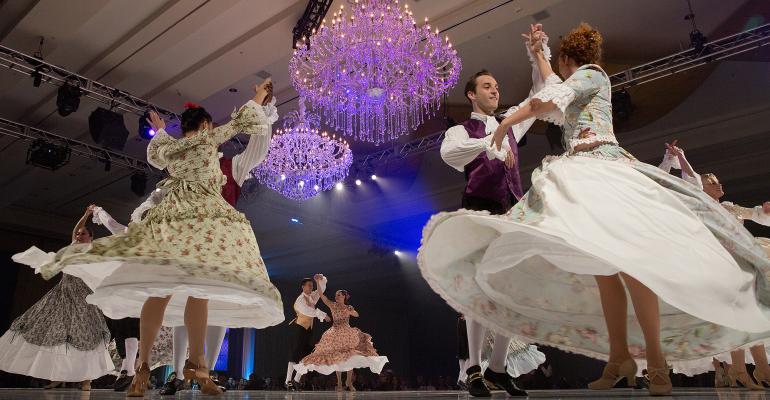 Although new restrictions on charitable donations in the U.S. are worrying, gala pros see power in their live events to keep contributions flowing.

The mammoth tax overhaul signed into law in the U.S. last month has event pros who produce fundraising galas strategizing how to cope with new limits on the deductibility of donations to charity.

“For many Americans, the new tax bill will eliminate the ability to ‘itemize deductions’ and replace that with a new standard deduction,” explains CPA Michael P. Kelly, founder of a practice based in Thousand Oaks, Calif. “In 2018, if you fall into the new ‘standard deduction’ category, then you will no longer receive a direct tax benefit by donating to your favorite charity. Instead, you will have to remind yourself that you are really a good person and didn’t need a tax break to help others.”

WHICH DONOR DO WANT? Jen Poyer, CSEP, is senior special events manager with Long Beach, Calif.-based Catalina Island Conservancy, known for its landmark Conservancy Ball—an event that has received repeated nominations for the Special Events Gala Award. She says that some nonprofits are worried that donors will no longer be incentivized to give if they fall under the new standard deduction. On top of that, she adds, is the danger that “with the $10,000 deduction limit on property and local/state income taxes there will be less cash flow available to be given to charities.”

But Poyer asks, “Is that the donor that your organization really wants? Will the unanticipated effect of this be the creation of a stronger, more connected relationship between the donor and the organization?”

She sees an opportunity for the event industry to cultivate “a culture of advocates--people who are beyond excited about the organization and its mission and want to share that with the world.”

“In discussing this issue with our clients and others, we feel the stock market has a much bigger influence on people feeling generous than the tax law,” Tolo explains. “While the new law could impact more transformational giving—i.e., mega gifts--for those who itemize, I don't think it will affect the overwhelming masses who attend charitable events.”

But, she adds, “With the change, it is certainly a wonderful reminder to do a really good job in telling a great story that will inspire generosity.”

Cameron Rust, creative producer with Hello Florida Destination Management in Orlando, Fla., shares his team’s experience with one of its signature events: the Give Kids the World gala, which has been nominated for a 2018 Special Events Gala Award.

“Since the majority of our tables are purchased by corporations or individuals with philanthropic companies, guests at the event are often unaware of what Give Kids the World is or the mission,” which is to support a nonprofit resort for children with life-threatening illnesses and their families, Rust says.

How to fix the problem? “Rather than treat the attendees like donors and directly ask for donations, we seek to create an immersive experience that seamlessly integrates the nonprofit’s message into each of the guest touchpoints,” Rust explains. “Historically, each year has had a very detailed theme, which up until a few years ago had little to do with the organization’s mission. So an attendee that didn’t know the mission didn’t really get any deeper connection. Over the past five years, we’ve sought to pick themes that allow us to further ingrain the message into the theme.”

THEMES THAT DRIVE DONATIONS The change in event design paid off for his client, Rust says. “Since we shifted the focus of the event from just being a party to appealing to the emotions of the attendees, inviting them into the world of the nonprofit through entertainment and experience, we’ve seen an immense increase in donations at the event,” he notes. “This works well for this nonprofit because its mission is to bring happiness to children, so there are a lot of creative avenues to explore for the event, but I feel that there are also ways to utilize the same strategy for any type of nonprofit.”

The happy results for the Give Kids the World gala can help overcome hurdles presented by tax law changes.

“A strategy for overcoming a guest’s apprehension towards donating because of unfavorable tax rules can potentially be lessened or even mitigated by creating an event that offers a perceived value, one that creates a connection between attendee and the nonprofit through the story of its message,” Rust explains. “It’s no longer about asking those guests for money, but asking them to take a look at the type of experience that they’re enjoying that night, and the message they’re receiving, and to take that into consideration when thinking about a donation.”

As Poyer puts it, “The live event industry holds power in the ability to create an experience and that opportunity exists to use that to strengthen that bond between organizations and their supporters.”