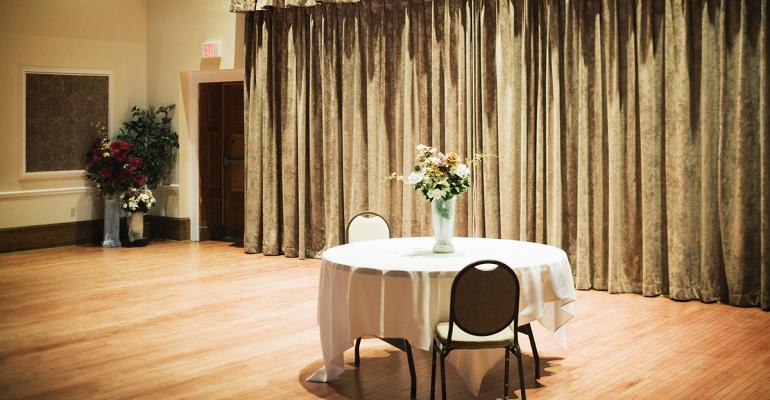 Strategic delays, strong communication and a focus on the fundraiser's mission are essential now.

Event planners charged with producing fundraising galas are scrambling now, trying to fulfill the mission of the clients they serve while grappling with widespread shutdowns prompted by the coronavirus pandemic.

In an informal survey from Special Events Magazine, 25 percent of fundraisers scheduled from March through December this year have been cancelled outright, with the remainder postponed. (Note: Plans are fluid as news about the impact of COVID-19 develops.) At present, fundraisers slated for August and after appear to be sticking to their original dates.

TOO MANY AT ONCE? While it’s generally good that fundraisers are being postponed versus cancelled, several experts interviewed are concerned that too many events will be slated for the second half of 2020.

“There is a bit of fear with everything being pushed into the second half of the year that there will be an over-saturation of events, and it has caused budgets to shrink to ensure that the organization can still hit fundraising goals,” warns Lee Doud, head of events at Los Angeles-based JJ | LA. “There has also been some tentativeness in announcing new dates without really knowing when everything with COVID-19 will be under control.”

Doud notes that the latter half of 2020 will bring a quirk to fundraisers: the U.S. presidential election. “As we near the November election date, many organizations may see a bit of donor fatigue. For those pushing their event dates into November--and especially for those after the election--it’s important to not ignore the outcome, whatever it may be. If the room is politically charged, do your best to not alienate those who may have differing opinions. Keep to the organizations’ mission statement and goals,” he advises.

Notes Cassie Brown, CSEP, chief experience officer with Charlotte, N.C.-based TCG Events, “If the spring events move to fall of 2020, will [organizers] turn around and do another ask in spring of 2021? This is a serious concern for nonprofits. With so many events packed in the fall—hopefully--the competition will be much greater between events. Will attendance drop significantly? Will donors/attendees be fatigued or grateful to be out?”

Event pros are tackling the challenges head on.

“People understand,” she says. “Especially for health-care related nonprofits--they have such a need right now, and people want to help. This also gives the nonprofit a way to recognize the sponsors who might already committed to the event. One of our May clients already had nearly $700,000 in sponsorship dollars committed, so now the strategy is how to ask the sponsors to turn that sponsorship money into philanthropic gifts.”

EVERYONE ALEADY KNOWS Tolo notes that the public realizes the predicament the event world is in. “As we’ve discussed with our clients, there is no shame in no longer being able to participate,” she says. “Every donor/ticket purchaser/sponsor is in a very different situation than they were just a few weeks ago. If someone asks for their money back, they need to be treated with compassion, as you absolutely want them back as a donor in the future.”

Alison Silcoff just faced the painful decision to cancel the landmark Daffodil Ball, Canada’s most successful cancer-related gala. The 2020 event, originally scheduled for April 23 in Montreal, had raised $2.3 million net as of March 12.

Although the beautiful ball—frequent winner of Special Events Gala Awards—will not go on, the fundraising for the cause will.

KEEPING THE BALL BLOOMING “I am trying to mitigate the damages by preparing emails for each of the co-chairmen to send to each of the companies and individuals they had successfully canvassed, asking that their sponsorship [table] and ticket money be converted to donations,” explains Silcoff, head of Montreal’s Alison Silcoff Events. “The emails stressed that the Cancer Society’s work continues in spite of COVID-19, and their need for funding for research and patient services remains. It was key that the ask came from the chairman who originally solicited these companies.”

She adds, “My office is contacting all the smaller donors who committed funds, with a similar letter asking that they still make their promised donations. We are asking all table gift, raffle-prize donors, and other prize donors to make their promised donations, and that we will use them for an online raffle and prizes for everyone who converts their sponsorship to a donation.”

That hard work has paid off: “The initial response is very positive, with only two companies asking for their money back,” Silcoff says. The plan now is to have an online auction rather than the raffle that usually takes place at the ball.

The key to her success: communication, Silcoff explains. Instead of letting the 2020 ball silently slip away, she and her team reached out not only to ball sponsors and attendees but also the ball’s 200 volunteers and the media to get the message out about continuing fundraising efforts.

GOING FORWARD And from here? “Until the ability to gather returns, nonprofits--like all businesses--are going to have to get creative,” Brown says.

“We have seen several organizations go back to the non-event fundraiser,” she notes. “Luckily, the technology for digital silent auctions has gotten so good in the last few years, it is easy to move silent auctions entirely to the online space.”

But it’s wise to rethink auction items, as offering luxury items might come across as tone-deaf. “It is tough to ask people to bid on a safari trip or signed jersey when the world in in such turbulence,” Brown adds.

LET'S GET PAID The event planners behind great fundraisers need to make sure they can keep their own boats afloat. Silcoff strongly recommends having a staggered cancellation clause. She suggests:

ARE YOU ESSENTIAL? Longtime fundraiser Jen Poyer, CSEP, advises planners to take a good, hard look at the mission of their client. “There is so much need right now, and naturally the organizations that provide health and human services go to the top of a donor's giving priorities,” she explains. “If your NPO doesn't fall into that category, things will likely be more difficult when it comes to fundraising in what we were already predicting as a down year.”

Poyer suggests taking a look at “friend raising” events—a way to cultivate donors down the road—along with considering other revenue streams. “If an NPO is relying solely on the success of their fundraising events year to year, investigating a more diverse funding plan might be recommended,” she explains. “Let the fundraising event's success be the icing on the cake, instead of it being the sole thing to keep your NPO operating.”

“Watching corporations honor their sponsorships even though the event was cancelled has been terrific,” Brown says. “Nonprofits should not take that generosity for granted.”

Poyer adds, “We have had donors call that see what is happening, and understand we need the support and have offered to make donations at a higher level or offered to allow previously restricted grants to be used to offset general operating expenses versus the specific programs originally intended.”

She stresses, “It is always about the donor relationship, and that is why maintaining them are so absolutely key right now.”

Along that line, “It’s important to remind donors of the charity’s mission or goals,” says JJ | LA founder Jeff Consoletti. “Especially for those events that are being cancelled or postponed, reminding annual donors that without their support, the work would not be possible. Regardless of whether or not the event happens or in what capacity, the donor is still the most important person in ensuring that the organization can accomplish its goal. While this may be a tough time financially for some, it certainly is not for all, and inspiring people to make donations that help the greater good is crucial.”