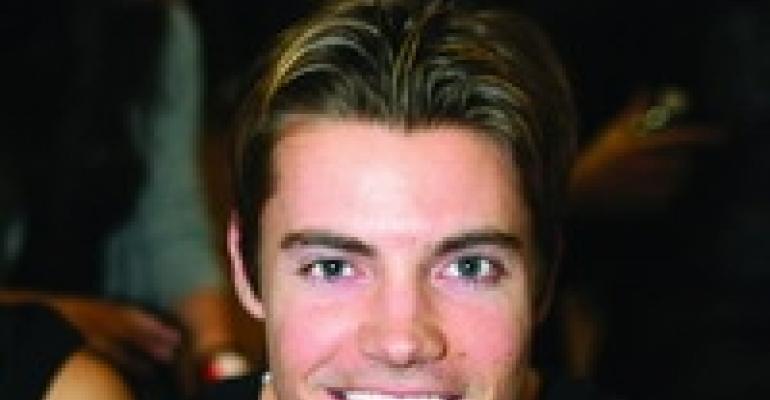 Los Angeles-based Hollywood Knights International has a surefire plan for raising money: Snag some celebrities, put them in a sporting event, let the fun ensue and the money will follow. Yet, even this solid plan of attack needs tweaks when the economy heads south.

To help Warren High School in Downey, Calif., raise money, Hollywood Knights pitted celebrities, including “Desperate Housewives” hunk Josh Henderson, against the school's staff in a March game of basketball. Cost-cutting wasn't noticeable to the 1,500 guests, but Hollywood International trimmed production costs everywhere from fuel to the sound system. Instead of a tour bus, both staff and celebrities carpooled to the event, which cut down on gas, insurance and driver costs. But “the biggest cost-saving measure was doing away with renting sound production equipment, the trailer to haul it and an engineer to operate it,” CEO Michael Mirisch notes. Instead, the company purchased sound equipment to use for all its events, resulting in savings of $10,000 annually.

Hard numbers make a good case for the event's success. Local Ontario wineries donated all the wine at an estimated retail value of $65,000 as well as weekend wine experiences and merchandise for the auction valued at $150,000, according to Hala president and CEO Hala Bissada. Donated auction items totaled more than $400,000. Chefs donated their time and talent as well, while big-name entertainers such as the Temptations and the Pointer Sisters reduced their fees.

The one splurge? Tenting at 30 percent of the budget.

Miami-based Susan Gladstone Productions served up a successful event for Miami's Human Services Coalition thanks to some fund-raising savvy. The September 2007 “Blueprint for Prosperity” hosted 250 guests in a lumberyard, which provided an unusual ambience without blowing the budget. While there was no decor budget for the lumberyard-as-nightclub theme, the event received a boost by using on-site elements such as rolling lumber carts as buffets and bars, and watering cans and buckets as vases. Davie, Fla.-based Illuminart supplied the lighting that gave the nightclub that essential neon glow for a labor-cost-only price.

The cost-effective plan extended to food and beverage. One-pot paella, provided by Miami Paella Co., was “easy to prepare off-site, easy to serve, filling, delicious and cost-effective,” says owner Susan Gladstone. Southern Wine and Spirits donated liquor for the cause, and grocery store chain Publix provided a $500 gift certificate that went toward paper goods and soda.

Gladstone used plenty of other clever cost-cutting techniques as well. In keeping with the lumberyard theme, Gladstone served Screwdriver cocktails, butler-passed, to keep demand down at the bars. As a professor of special event management at Florida International University's School of Hospitality Management, Gladstone secured student volunteers as bartenders, wait staff and back-of-house staff.

Gladstone deemed one element important enough to devote half the budget to it: the band. A worthy splurge, Gladstone notes, to get people dancing.

“Fundraising was a challenge amidst the down markets and Wall Street slump,” says Kate Conroy, special events coordinator for Conservation International in Arlington, Va. Despite this, its June fundraiser still attracted nearly 800 guests to the American Museum of Natural History's Hall of Ocean Life in New York.

Creative thinking fueled Conservation's cutbacks. Centerpieces were conservation-appropriate: Clear cylinder vases were “lined with natural, vibrant images printed on recycled paper,” Conroy notes. “We lit the inside of the vases with candles for a warm glow that made the large room seem intimate and inviting.” While the bulk of the budget went to decor, Conservation made those elements perform triple-duty. Actors served as a living forest, which not only worked as decor but also entertained guests and even led them to their seats. These actors-as-trees were important, Conroy says, as they personified the nonprofit's message.

THE HEART OF THE MATTER

Luckily for Los Angeles-based Honeysweet Productions, you can tug at heartstrings no matter the budget. The company produced the May gala “Finding a Cure: A Love Story” for the Juvenile Diabetes Research Foundation at the Beverly Hilton Hotel in Beverly Hills, Calif.

“Cuts were made in every area,” Honeysweet president Erick Weiss says, which reduced the budget by a total of 30 percent. Decor received the biggest cutback, forcing Honeysweet to customize a pre-fabricated set to save some dollars. The company also dramatically reduced the use of video — all told, the video and decor adjustments resulted in savings of $25,000. Other elements that eased production costs: no gift bags and no hosted bar.

Some of the most effective elements of production cost absolutely nothing. Children with juvenile diabetes held the hands of celebrities such as boxer Sugar Ray Leonard and country music star Garth Brooks to guide them to the stage. Another touching touch: These children held up signs with numbers starting at $50,000 as an auctioneer encouraged the audience to make cash donations. The expense of this fundraising method was little more than the cost of poster board and Magic Markers.

Despite the current state of the American economy, Design Industries Foundation Fighting AIDS' annual “Dining by Design,” sometimes referred to as the “Cannes of tabletop design,” made no budget adjustments to its April fundraiser in Kansas City, Mo. The reason? The fundraiser's setup is virtually recession-proof. Richard G. Manes, the Kansas City chair of the board of directors, explains why: