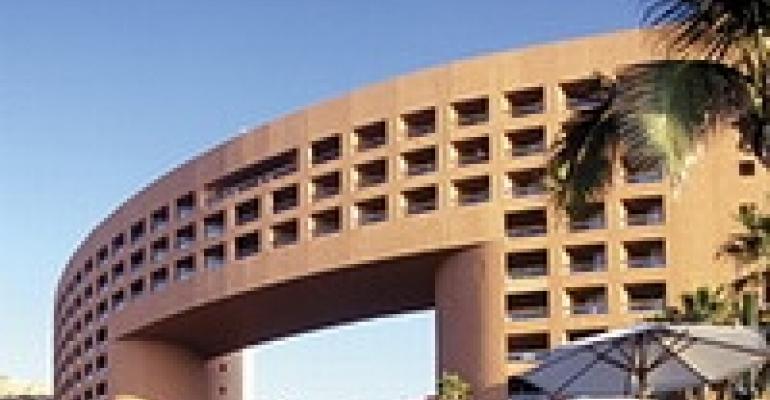 In many ways, going green is low-tech. Caterers switch to local produce over food flown in from far away. Corporate planners specify good old china cups instead of disposables. But increasingly, technology is stepping into the picture, offering digital alternatives that save precious resources.

Starwood Hotels is putting sophisticated 3-D event design into the hands of planners everywhere with its new “Virtual Planner” program. Now available at Starwood's two luxury resorts in Baja, Mexico, the program enables users to create customized virtual events — down to placement of chairs and tables and even linen color — all by sitting at their own computer. When the plan is complete, the planner submits it online, which generates an RFP for the resort's event staff. Planners can expect a price quote within 24 hours, the company says. The program can eliminate the need for extra site visits and paper diagrams.

Starwood management expects to roll Virtual Planner out to all its properties in Mexico by mid-year and to all Starwood properties in the United States by year-end.

With some savvy Web surfing, New York event company Paint the Town Red determined that media superstar Oprah Winfrey could be the ideal person to present a global leadership award to a foreign head of state. A staffer checked out a YouTube clip of the honoree on Winfrey's talk show, which showed Winfrey gushing over her guest. “Not only did YouTube provide a great suggestion for us, but the video medium enabled us to truly read Oprah's facial expressions and gauge her interest level in a way that the printed word never could,” says PTTR president Howard Givner. He notes that an event producer client found the local student athletes who served as models at her fashion show for a custom line of athletic apparel by visiting Facebook.

Many conferences have switched conference proceedings from bulky binders to CDs. Cadmium CD, based in Forest Hill, Md., has taken the concept a step further with its “Key CD.”

After sending out a six-CD package for one conference, “Several members pointed out the amount of waste generated by this method, especially as the conference grows,” notes Cadmium CD partner Michelle P. Wyatt.

To address this problem, two years ago the company switched to its Key CD system, which lets conference attendees log on to a secure Web site from which they can download information. Attendees can download proceedings onto CDs, flash drives or iPods. Moreover, “Attendees were able to access information much faster as sessions are posted online as soon as they are available,” Wyatt notes, rather than waiting till a CD of all proceedings is burned.

Event companies are now offering comprehensive green programs. Look for that story in our next issue.

Last month, the Metro Toronto Convention Centre took a big step to reduce its carbon footprint. The Toronto facility, which hosts more than 750 events annually in over 600,000 square feet of exhibit and meeting space, will begin offering “green” electricity to event planners. MTCC is partnering with Toronto-based Bullfrog Power, which supplies power generated by wind and water rather than fossil fuels.

The move is part of an ongoing program at MTCC to go green. The facility pioneered the concept of zero-waste events, administrators say, recycling and composting organics, plastics, paper, metal, glass, textiles and wood.

Building a Solid Team For a Destination Event
Jun 22, 2016