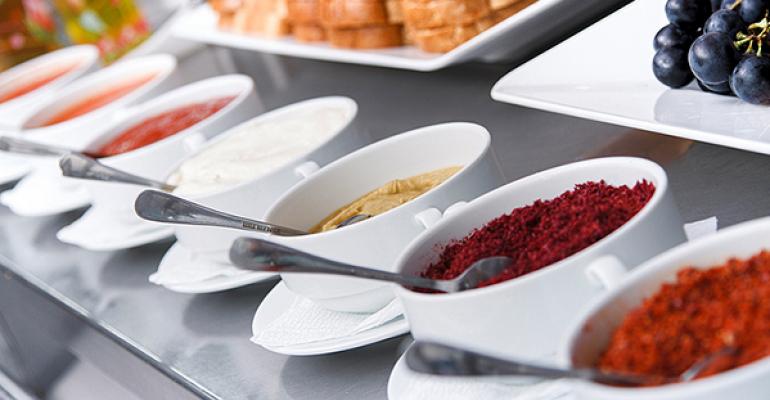 From Boxed Lunches to Banquets: Catering the RNC

A total of 12 carefully vetted caterers will take on the task of catering the 2016 Republican National Convention, offering everything from boxed lunches to banquets, says Food Service Director

The fireworks expected onstage at the Republican National Convention, which kicks off in 11 days in Cleveland, are only part of the story. There will be plenty of drama behind the scenes, too, as 12 carefully vetted caterers take on the task of feeding delegates, says Food Service Director:

All political eyes are turned to the 2016 Republican and Democratic national conventions. Tens of thousands of politicos, delegates, reporters and visitors will flock to Cleveland and Philadelphia, respectively, in July—and someone has to feed them all. Below, Food Service Director takes a sneak peek behind the scenes at Cleveland’s Quicken Loans Arena, which seats more than 20,000 people. The logistics for the Republican National Convention have been coming together for more than a year, says Audrey Scagnelli, national press secretary for the committee on arrangements.

Aramark, the vendor for Quicken Loans Arena, will play a big role in feeding the masses; but organizers wanted to highlight the sense of community pride within the host city at the convention’s four main feeding locations, Scagnelli says. The RNC surveyed more than 50 area caterers to gauge their capacity—they had to previously have catered an event for at least 5,000 people—and 14 were chosen for a tasting event in February. Twelve companies, including Bubba’s Q, owned by former Cleveland Browns player Al “Bubba” Barker, eventually were selected to serve everything from boxed lunches to large-scale banquets … Food Service Director