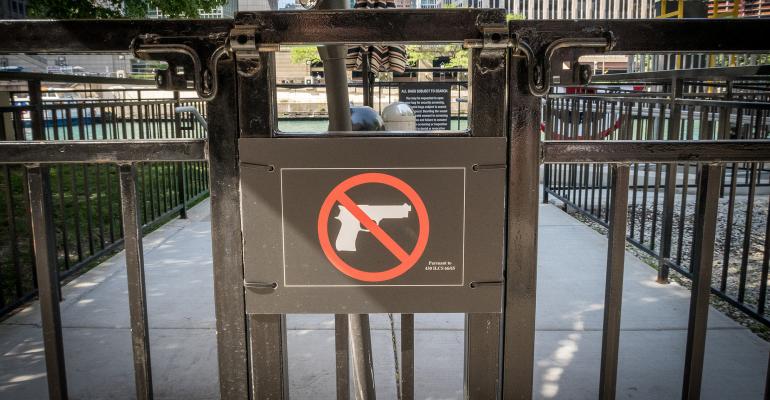 While debate over guns dominates the headlines in the U.S., the event industry takes a wider approach to safety with detailed plans.

The horrific shooting at a Florida high school two weeks ago—bringing the total to 34 mass shootings in the U.S. since only Jan. 1—has prompted intensified debate on public safety.

The hardline stance of the National Rifle Association against putting new limits on virtually all types of weapons is leading some companies to sever ties with the association. Our sister publications group, MeetingsNet, reports that the meetings industry has started to hear some rumblings about boycotts of the NRA. For example, big travel-related companies included Delta and United airlines and all major car rental firms have cut ties with the group, such as ending discount programs for NRA members.

In contrast, the event industry is seeing less of a focus on the activities of the NRA itself, instead emphasizing the importance of addressing safety as a whole.

David Merrell, founder of Los Angeles-based AOO Events, says that notion of an “NRA boycott” per se is not part of his event planning discussions. “It comes up in a moral discussion only,” he explains. “The ‘NRA issue’ isn’t the issue; the results of inactivity towards a solution is the issue that faces the event planning industry.”

“The discussion of protocol in case of ‘active shooters isn’t as prevalent as one would think at this point, especially considering the incident at the nightclub in Orlando [Fla., in June 2016] and the shooter at the concert in Vegas [in October], which have a direct effect on our industry,” Merrell adds. “I suppose it is the same reluctance to discuss it and address as it would be for the teachers association to discuss and address the possibility of them holding weapons.”

START THE CONVERSATION But just because it can be terrifying even to contemplate dealing with an assault on an event, such plans must be put in place, Merrell says. “More needs to be done to protect the general public, and I cannot imagine anyone in our industry reluctant to have the conversation," he says. "We just have to make that happen more.”

Indeed, the team at San Diego-based PEP Creative has a meeting every month on staff safety, says CEO and president Joanne Mera. And she sees this concern “spilling into the events world, with a broader acknowledgement that it’s everyone’s responsibility to keep our staff and guests safe while on site.”

PEP has trained staff to remember the acronym ALICE, which stands for Alert, Lockdown, Inform, Counter and Evacuate. And although public debate in the U.S. is focused on shooters now, “We use term ‘violent intruder’ versus ‘active shooter’ because it encompasses more and brings a larger awareness to an emergency situation,” Mera explains.

Event safety and security have been top of mind at big DMC group AlliedPRA, also headquartered in San Diego, for the past year. The team has reacted to growing safety concerns by “extensively” reviewing all standard operating procedures and training staff, notes marketing and public relations director Michelle Kennedy. As a result, “We are prepared in the event a crisis occurs with detailed plans in place to deploy should we need to,” she says.

“By nature of our business, we move and ‘touch’ thousands of people every day for business events across the U.S.,” Kennedy notes. “It is increasingly important that we are always prepared for what may happen and ready to act when called upon.”