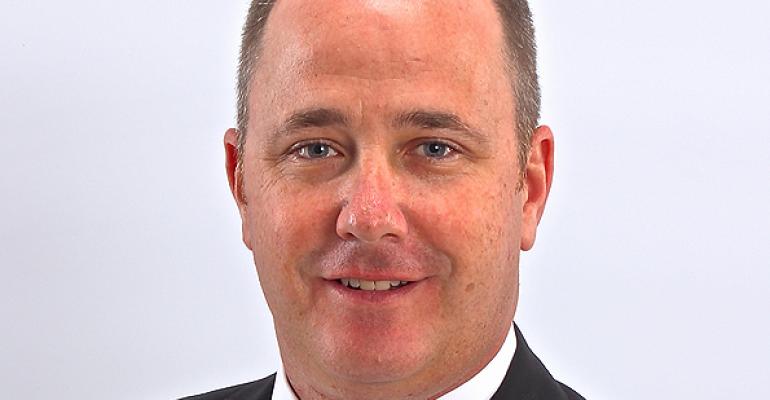 Classic Party Rentals, the biggest player in event rental, will see Brent Mumford take the helm as CEO on Nov. 10, 2014.

Special Events broke the news last week that Mumford will replace Jeff Black, who has held the roles of CEO and president since April 2012.

“We are excited to have Brent join Classic as its new chief executive officer,” Jason Scheir, Classic chairman of the board, said in a statement. “Brent’s leadership, operational expertise and track record of growing revenues will position the Company for a strong future.”

“I am both humbled and thrilled to be chosen as Classic Party Rentals’ new CEO,” Mumford said in a statement. “Classic has a great track record in the industry and I look forward to working with our talented team as we continue to expand and build the brand on a national level.”

Mumford most recently served as vice president and general manager for Sullair and before that was CEO of Hi-Way Equipment Co., according to a release from Classic. From 2002-2009, he worked at NES Rentals, where he held various leadership roles including region vice president and vice president of operations. Prior to his business career, Mumford was a lieutenant in the U.S. Army, serving as a maintenance and logistics officer. He graduated from the United States Military Academy at West Point with a B.S. in operations research; he also holds an MBA from George Mason University.

CLASSIC BEEFS UP OPERATIONS TEAM In addition to the appointment of a new CEO, Classic announced five new hires in operations and technology.

Arun Kumar has been appointed as executive vice president of operations. He previously held executive roles at Stella and Dot, Dell and FedEx.

Reporting to him will be Joseph Pennell, who joins Classic as vice president of supply chain. Pennell previously held executive roles at Fuji Food Products, BakeMark, Krispy Kreme and Bozzuto’s.

Also reporting to Kumar will be Patrick Domingue, director of program management, who previously worked at Lakeshore Learning and Belkin International.

Last month, Classic management distributed a press release announcing the launch of its new furniture line and the purchase of $10 million in new inventory since its acquisition in April.

With New Leadership, What's Next for Classic?

Rental experts interviewed by Special Events note that changes in top management are part of corporate life, and it's hard to predict what is next for the company.

"It's impossible to offer advice as we don't know the direction that the investors who bought Classic out of bankruptcy plan to take," says Mike Berk, CEO of Chicago-based M&M The Special Events Co.

"They've already closed branches and cut back on staff so are they planning on liquidation or eliminating all but core operations? If they plan to try to resurrect their business, it will likely take a much more significant infusion of capital as they hadn't purchased fresh inventory in years," Berk adds. "They would have to rebuild staff to overcome the people they lost in the last couple of years."

"Like the airline business, the rental business can have severe periods of poor performance when over-capacity develops; that is, when there is simply too much inventory out in the market overall," Lisi tells Special Events. "Mr. Mumford will need to take a serious look at developing entry barriers for new competitors and intellectual property that can give Classic a more defensible position."

Lisi suggests that going forward, Classic do more to standardize its considerable resources—and he keys on the word "nationwide."

"An opportunity that I see, after making the equipment inventory top-notch, is to standardize a two-shift operation and eliminate night pick-up fees nationwide," Lisi says. "Another is to catalog all the unique rental pieces that they have and develop a two inch thick catalog of specialty items that is offered nationwide. Invest in a marketing program that gives visibility to the brand nationwide. Then go horizontal--look at entering higher margin niches, like power and lighting, in a separate division. It's about delivering superior, unique value to the client in a way they want to get it."

A strong regional player, who asked to remain anonymous, tells Special Events that Classic's decade-long roll-up strategy has resulted in nagging problems for the operation overall:

"They were more concerned with dominating all of the major markets and claiming their national status instead of running a great organization in a very splintered industry," this person says. "They had a great opportunity, but unfortunately, not only has that ship sailed, but it has been sunk in the middle of the ocean with no survivors."

He adds, "I consider myself fortunate to have picked up some of the survivors of USS Classic who were either fired or jumped overboard before the ship started going down. In no small part did the exit of these people change the direction, knowledge, experience, and passion of the business model for Classic. We among other independent operators in these markets picked up these people as they jumped off and learned from them. The large majority jettisoned voluntarily or otherwise because the company would not listen to them or because the company did not see the value of experience these folks provided. Some came at a high cost of employment to us, but they have been worth every penny, which is why you cannot manage this type of business from a spreadsheet 2,500 miles away. Great numbers on a page do not a great event make!"