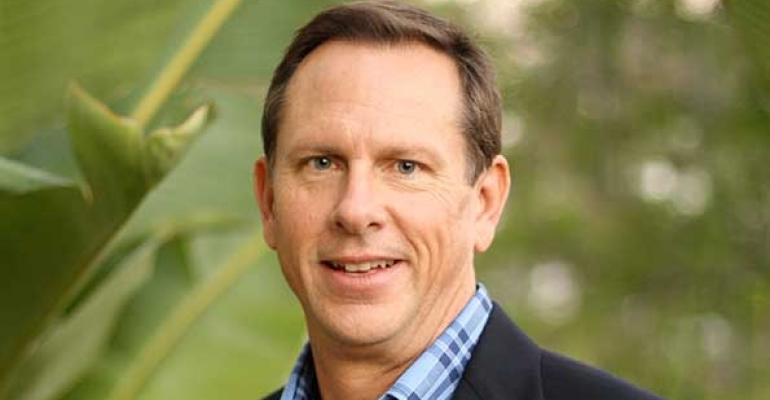 Classic Party Rental, the biggest player in party rental has just filed for Chapter 11 bankruptcy, but its financial woes don&#39;t reflect the industry as a whole, rental respondents say

The news Friday that Los Angeles-based Classic Party Rentals, the longtime No. 1 on the Special Events list of the biggest party and event rental companies, has filed for Chapter 11 bankruptcy and put itself up for sale came as a surprise to some in the rental industry, but not to others.

"Classic’s voluntary BK [bankruptcy] is not a surprise to me," says Jim Lisi, a business valuation expert at American ValueMetrics and former owner of a party rental company in Santa Barbara and Ventura, Calif. Lisi bought into the party rental business in 1995 and exited in 2012. "During my tenure in the industry, we heard rumors of two or three internal recapitalizations of the company and that Cort/Berkshire-Hathaway was looking to buy them out of their issues at a low valuation."

The payoff from rollups is thought to be reduced costs from streamlined, sophisticated management and, for rental, greater access to inventory for various outlets. But challenges include servicing debt and being able to adapt to unique needs in different markets.

"It's difficult to expand business nationally, particularly one that depends on interpersonal relationships, as party rental does," says John Dawson, founder of Please B Seated in New York and formerly of TriServe Party Rentals, which, as noted above, Classic bought in 2007. "That being said, within Classic there is a huge stable of talented people who have a long history in and knowledge of the party rental business, like Michael Stern in L.A., Bick Jones in Dallas, Kelly Murphy in Florida, and Lance York in New York."

"In the beginning I liked their rollup strategy from an investor standpoint," Lisi says. "In fact I had hoped to benefit from it either directly or indirectly. We both saw the market opportunity. However, the leveraged approach was risky. It appeared to be based on an exit strategy that would cash out the debt. Meanwhile, as they were executing their plan, the dynamics of the industry changed dramatically. Part of the negative dynamic was a result of their own strategic mistake."

"In a healthy economy this [rollup] business model shows fantastic upside potential but in the long run, economies experience recessions and other unpredictable economic forces that challenge cash flow," notes Jim McManus, executive director of sales with giant Party Rental Ltd., based in Teterboro, N.J. "If a business cannot service its debt long term, it will face the consequences. The fallout from this has not been determined yet, and I am sure there are people with real concerns especially those who are owed money."

Classic's growth strategy signaled a new phase in the event industry, Lisi says. "Classic has helped bring credibility, awareness and structure of the event industry. Their biggest fault was buying up too much market share. It left the market without many ‘good competitors’--ones that knew their costs and had long-term plans to grow their businesses. Then with the rise of cheap imports and the Internet, entry barriers fell, resulting in a lot of new competition. New competition includes home-based, work-for-a-living businesses, caterers using rentals as loss leaders, and specialty providers of linen, chairs and furniture. Then the entrenched competition was induced into irrational pricing in order to keep enough cash flow going to keep their doors open."

Did Classic Discount Rates too Far?

CUT TOO DEEP? Indeed, several critics of Classic's business model say the company's aggressive low-balling of rates to win business has been the company's undoing.

"They were bidding jobs 40 percent under" costs in one market, the president of a big tent company says. "They are right where they should be."

"When you run your business just trying to undercut prices to get every job you can without regard to how you are going to handle the job costs, you are destined to fail. It is really only a matter of when and not if," Hooks says. "Some things you just can’t make up in volume. If you lose on one job and don’t learn your lesson, you will lose on all of them."

Hooks looks back at what the Classic rollup meant to his market and his business.

"When Classic first bought out most of my competition one by one, I was terrified by the money they seemed to be throwing around. I was afraid I could never compete against resources like that, but as I watched and observed what they were not doing with the money that I would have been doing, I realized that my experience in the business was worth loads more than any capital fund they could throw at us. We just had to dig down deep and keep playing our game, and we were going to survive. Now, I can safely say the purchase of my competition by Classic has been the best thing that could have ever happened to our business. Lucky for them, they were paid a premium for their business, which made sense for them at the time, and we elected to remain independent, which allowed us to grow beyond our wildest dreams."

IS IT A SIGN OF THE TIMES? Most rental pros say that Classic's woes are due more to its own situation and do not reflect the state of the industry.

"It is never good when an industry giant files bankruptcy, but I believe their needs were based on several years of economics are not reflective of the current state of our industry, which is on a major uptick," says Jack Weiner, head of Kool Party Rentals, Phoenix.

An executive with a big linen company, who asked to remain anonymous, is more blunt, noting that successful event rental is not just renting out products but demands plenty of TLC.

"This is not a sign of the industry--in a time of double-digit growth in the rental industry last year for many rental companies, this is a continued sign of Classic's inability to run their business," he says. "It is the disconnect between corporate and their local stores. Classic could continue to hire and fire all the MBA’s at the corporate level they could muster--but none possessed the ability to translate the level of quality/customer service/product that is required at the rental industry to the local store where it was needed. This filing should have occurred years ago. The real shame is the many vendors that will be left holding the bag on this massive debacle."

WHO GETS PAID? While Classic's official statements have said the company will "pay vendor partners in the ordinary course for goods and services received subsequent to the commencement of the Chapter 11 process" and to "invest in innovative products and services," some vendors are not so confident.

A Los Angeles-based linen supplier says dryly, "Since they owe me over $30,000 and haven’t paid me in three years, I’m glad to see they are going to 'continue their investments in new products,' and they are going to continue to pay to pay vendors as they have in the past."

NO ONE GOING AWAY Several respondents to inquiries from Special Events on the Classic news asked for anonymity, in part because they expect to do business with the company in the future.

"I don't think we have seen the last of Classic," says Steve Kohn, president of Millers Rentals and Sales of Edison, N.J. "What will emerge is a stronger company more capable of adjusting to the market trends."

"Consolidation in the party rental business is going to happen, whether it's Classic or others that might come along," Kohn adds. "With the right structure in place and with proper job-costing policies, it can work. What is unique about party rental is each market is unique and that specific policies that work in one market don't necessarily work on all."

"The rental business is a rare beast," Villasenor says. "It is definitely not brain surgery but unless you breathe rentals, you can't possibly be successful and have longevity in the rental industry. You don't go to school for it. You learn it from the back end, and you learn to pay attention to the small details. Anyone can see the big details, but is the small details that make you or break you."