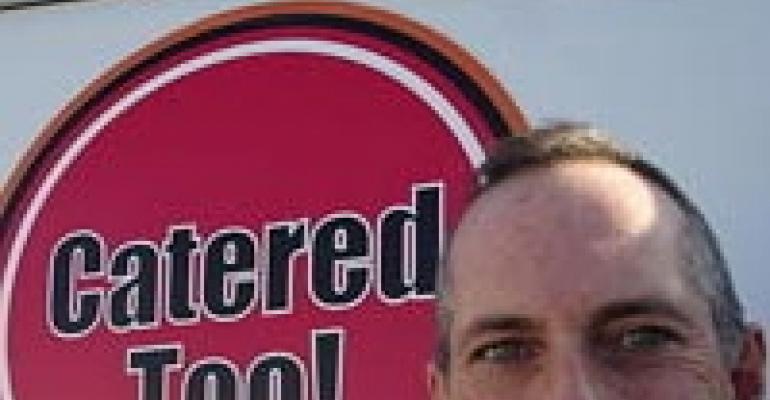 “I have lived through the dot-com boom and bust here in Silicon Valley,” says the optimistic NACE national president, Greg Casella, CPCE, “so I feel like I am better equipped to deal with the economy today.” The owner of San Jose, Calif.-based Catered Too adds, “The one thing I do know is things will change.”

Casella worked in restaurants early in his career, and launched his own catering company in 1992 after slogging it out in logistics management for a Silicon Valley tech company. Today, while corporate clients tighten their belts and many event businesses struggle to stay afloat, “I am taking time to look for opportunities to partner with other companies [and] work with venues in partnerships,” he explains.

Casella is putting together a proposal to open a café at a museum that has not been in the event market for a decade. From his experience running on-site cafes during his 17 years in business, Casella says he knows “the café would lose money, but I would have the chance to manage the event side of [the museum's] business,” an ultimately lucrative endeavor.

He sees an upside in the downturn. “Five years ago [museum management] might have had their own in-house person, but now they're looking at it like, ‘If it doesn't cost me money, and this guy will come and book events, well…’ Today there are many more opportunities like that than there were a few years ago.”

Casella adds that opportunities exist, too, for individuals in the catering and event industry who may have been hurt by the economic downturn — if they know where to look. “That's the greatest thing about NACE in a bad economy,” he says. “If you are staying connected with the industry, your chances are better” of landing a job should you find yourself out of work due to cutbacks, he notes. “People say to me, ‘I've got to cut my membership because of the cost. But, really, it's a small price to pay” for the considerable benefit of networking, he adds.

You might think Casella has his hands full raising the spirits of anxious catering pros, dreaming up merger and acquisition opportunities, and giving his all to major gigs like San Francisco's Fleet Week — in 2009, Catered Too catered six VIP tents for three days at the annual military air show and celebration. But he also hits the street as a marathon runner. “This year I turned 50 and wanted to get back to doing long runs, so I set the goal [of completing the Berlin Marathon] — and did it,” he says. As a second helping: “Four weeks later, I did the Silicon Valley Marathon!”