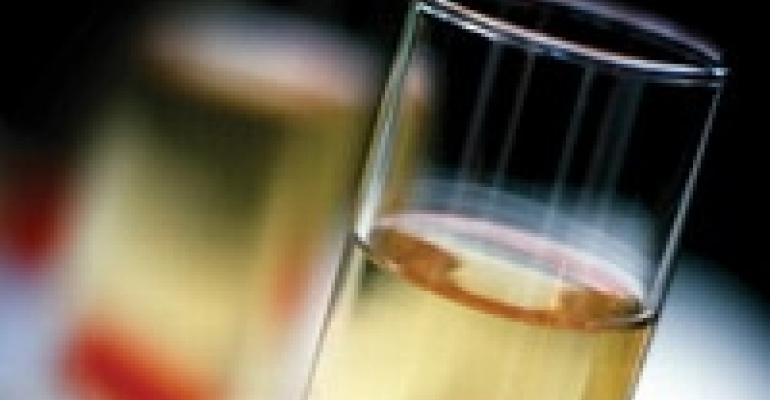 Ask any of these caterers about their specialties, and all will tout their versatility. After all, nobody wants to be pigeonholed — it can translate into less business and less interesting projects. But being the go-to caterer for a certain niche is a different story. These caterers provide insiders' guides to how to make their specialty yours.

CATERING TO A CROWD: Today, organic's appeal knows no bounds. Neumark says she receives “requests and even demands” from a wide range of clients, including beauty and fashion houses, financial institutions, media conglomerates and law firms. Approximately 30 percent to 40 percent of Great Performances' clients request locally grown food, resulting in a mix of local and nonlocal items on menus.

PRICE POINT: The 100 Mile Menu starts at $85 a head, and whenever Great Performances outsources nonlocal items, prices tend to rise.

INSIDER'S TIP: When going local, Neumark suggests starting a dialogue with local green and farmers' markets. Check out www.localharvest.org to find sources of local food near you.

BACKGROUND: An's mother, Vietnam-born Helene An, is the culinary guru behind the acclaimed Beverly Hills Crustacean restaurant and has tried her hand at catering only within the last two years. While An has served up Cuban and Mediterranean food at fêtes before, she is especially adept at Vietnamese food prepared with French technique and ingredients such as garlic, shallots and onions.

Luckily, most Vietnamese produce is also grown in California, such as the minty tia to leaf and the kinhgioi herb that tames the smell of fish, which An uses in everything from sushi to salads.

CATERING TO A CROWD: A recent catering event with celebrities Pierce Brosnan and Mick Jagger had An easily fulfilling an all-vegan menu request. “It was the most simple request for my mother. She just cooked dishes that she normally would eat,” Catherine An says. “Everyone kept asking, ‘How can vegan food be so good?’”

SAMPLE TASTE: The “An Family's Secret Kitchen Garlic Noodles” are a particular crowd favorite. Helene An created the lightly dressed dish in San Francisco 30 years ago in response to the pasta-with-heavy-sauce craze, taking the elements she liked of the movement and adjusting the ones she didn't. And if imitation is the sincerest form of flattery, then An is swimming in praise. “Now, a lot of Thai or Vietnamese menus will have garlic noodles, but it was really something she created over 30 years ago,” Catherine An notes.

PRICE POINT: An Catering has a $1,200 food minimum for catered events, but as long as the client fulfills the minimum, a passed hors d'oeuvre menu can range from $10 to $35 a head. And savvy substitutions can aid the cost-conscious client. For a red meat passed hors d' oeuvre, An recommends substituting beef tacos for the Kobe beef mini burgers.

INSIDER'S TIP: For those unfamiliar with nuac nam — the Southeast Asian fish sauce made from salted, fermented fish — it can be very strong, Helene An warns. She recommends diluting it with lemon juice or fresh vegetable broth. The same goes for pure bean sauce. And steamers should be lined with banana leaves to trap juices.

BACKGROUND: You won't find a rabbi blessing the food in the Divine kitchen as you would for a fully kosher-certified meal. Instead, the company serves “kosher-style” cuisine, which acknowledges many kosher laws but doesn't adhere to all of them. For example, Divine takes care to separate meat from dairy dishes, a Jewish custom, and makes other nods to conventions, such as not serving shellfish, that are more doable for a catering company that doesn't solely cook up kosher food. Think of its Jewish clientele as the equivalent of vegetarians who still eat fish — while these groups have dietary restrictions, they give themselves more wiggle room than more strict counterparts.

CATERING TO A CROWD: While only 15 percent of Divine's clients opt for kosher-style menus, 95 percent of their Jewish clientele request it. And as Souza says, “Atlanta is growing, growing, growing as a Jewish city.” Hosts keep their Jewish and non-Jewish guests in mind, Souza notes, by adjusting the menu to suit both tastes. For example, Jewish clients might order a crowd-pleasing tenderloin, yet request the dish be served with au jus instead of dairy-based horseradish sauce because meats and dairy are not supposed to share a menu.

SAMPLE TASTE: Souza's dishes may not be traditional kosher fare, but Ashland Farm greens with cucumbers and champagne vinaigrette; super-fancy caprese salads; and pan-seared sea bass with mung beans and braised baby bok choy in a saffron broth certainly fit the bill for some Jewish clients.

PRICE POINT: Because kosher-style menus often highlight seafood, they are normally at least $10 more a head than the average Divine menu. Kosher-style menus that feature tilapia can be $35 a head while a menu with halibut or sea bass might be $65.

INSIDER'S TIP: Kosher-style doesn't fly with all Jewish guests. For them, be sure to have meals on hand from a kosher-certified company.

BACKGROUND: In the business since 1995, Correale has always focused on fun food presentations without being “too prop-y or too contrived,” she says.

CATERING TO A CROWD: Playful food creations aren't for everyone. Correale notes that while they can be perfect for a hip product launch, they might not work for an annual high-end gala full of VIPs. However, “Most think of it as a work of art,” she says.

SAMPLE TASTE: For Elegant Affairs' “brownie burger,” a brownie serves as the “burger”; white chocolate dyed green becomes “lettuce”; a “tomato slice” is composed of pomegranate and pineapple gelatin; and the “bun” is a sweet dough roll. Another winner for the catering company is the chilled seedless watermelon and cucumber salad, which comes with a tiny watering can filled with honey cider vinaigrette and was awarded a “Catie” award from the International Caterers Association for best single plate presentation.

Elegant Affairs' latest endeavor is to bring restaurant-style tableside service to the catering world, making the presentation of the dish as visually appealing as the food itself. Executive chef Michael Purpura's one-minute smoked beef carpaccio — inspired by New York's acclaimed Per Se restaurant — is a prime example, composed of oven-dried tomato “tartare,” filet of beef marinated in Worcestershire sauce and Barolo red wine, and Parmesan frico chips. A chef plates the appetizers in front of guests, and then covers each serving with a upside down glass — anything from a wineglass to a vase — filled with hickory smoke from a Smoking Gun cooking tool. The plate is then placed in front of the guest, the glass is removed, and the smoke dissipates.

BACKGROUND: Former residents of both Cambodia and France, De Monteiro works alongside her mother, Longteine “Nyep” de Monteiro, at their popular restaurant and catering business. For the uninitiated, Nadsa de Monteiro describes Cambodian food as less sweet and not as spicy as Thai food.

CATERING TO A CROWD: While authenticity is important to de Monteiro, she and her mother have made one compromise for the non-Cambodian customer base. “The cuts of meat had to be modified as non-Cambodians are not fond of fatty or bone-in meat, fish or poultry,” she notes. Instead, Elephant Walk chefs use boneless and skinless chicken breasts, and they substitute leaner meats for recipes that usually contain fattier cuts.

PRICE POINT: $25 to $125 a head. “The cost of a dish can vary with the ingredient used — for example, the use of black cod as opposed to catfish will make a big difference,” de Monteiro says.

INSIDER'S TIP: Be careful about substitutions, de Monteiro warns. While ginger looks like galangal, sometimes called Thai ginger, you shouldn't use one in the other's stead. “They have nothing to do with one another, and leaving it out altogether is probably a much better option,” she advises.