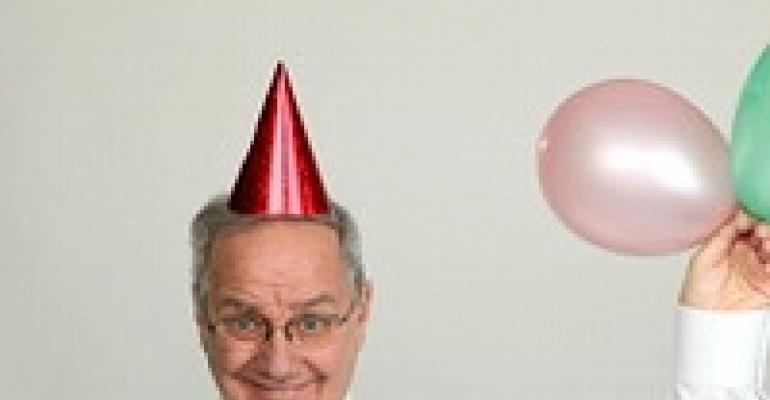 Some 56 percent of caterers responding to an online poll from Special Events say they expect to book as many or more holiday parties this year as they did in 2009.

While many caterers caution that short lead times mean they won't know till later in the year how their holiday party business will stack up, "It is definitely looking better than last year," notes Pauline Parry, head of Los Angeles-based Good Gracious! Events.

Business at New York's Neuman's is 20 percent above last year in the first eight months of 2010, says president Paul Neuman. He notes, "Clients who have been extremely price-sensitive seem to be returning to issues of quality and service, which is where we thrive."

As for holiday party business, Neuman's December bookings are about on par with last year: "Parties have similar budgets to last year and group sizes are about the same." His clients are asking for small plates and hors d’oeuvre, he says, and "Dessert buffets are often replacing plated desserts on corporate events, as it gives guests a chance to mingle at the end of the event and shortens their time in their seats."

Event bookings are up 21 over 2009 for Epicurean Culinary Group of Centennial, Colo., notes Greg Karl, president and chief operating officer. "2009 was a bunch of smaller parties," he says. "This year, corporate is back to some extent, and we have less events [but] with more guests and higher budgets."

TIME FOR A TURNING POINT?

Patrick Cuccaro, general manger of Atlanta's Affairs to Remember Caterers, sees a similar trend. Corporate inquiries for holiday business are up by almost 20 percent, he says while his actual business booked is up 9 percent.

Cuccaro believes the industry is at a turning point. "This is that time in every business cycle that truly separates the haves from the have-nots," he explains. "The have-nots continue to exert downward pressure on budgets, and the haves are beginning to show up with tentative smiles and bigger budgets, as they always do in the beginning of every upturn I’ve experienced--and I’ve seen four of them."

But not all caterers foresee a happier holiday season.

"I wish business was significantly up but it is not," says one prominent caterer who asks to remain anonymous. "And it may not return to 2007 levels for years."

Vince Corona, president of Creative Cuisine of Farmers Branch, Texas, says he expects less business this year. The size of holiday parties will be the same, he explains, but the budget per guest will be lower.

Corporate hosts are cutting costs by opting out of offering bars, Corona says, and by staging events during the day, without inviting the family members of guests. To adapt, "We put packages together with lower costs and ways to tie in donations to charities or volunteer projects around the event," he explains.

Culinary Capers Catering of Vancouver, British Columbia, plans to address the challenge of tight corporate budgets this year by marketing its festive holiday lunches, such as roast turkey. "I feel our corporate clients are still being relatively cautious on the perception of giving large Christmas parties," explains director of sales and events Sarah MacKenzie. "Private social events are a little bit scaled back, but not as much as corporate."

Frank Puleo of New York's Framboise Catering sees a mixed picture. The good news: "We are finding it hard to place some clients for the holidays because many of our favorite venues are already booked," he says.

But the bad news: Clients want bigger guests counts but won't budge on budgets, Puleo says. "We are saying 'yes' a lot more than we normally would," he explains. "Three years ago we would have turned down events with some of these budgets; this year, we're accepting them and turning them into showstoppers." He adds, "We're up for the challenge and embracing the new economic order."

While holiday business is looking better this year than last for Atlanta's Bold American Events and Catering, it's due to an increase in the number of parties, not bigger budgets, says director of sales Stacy Zeigler.

But her team is quick to adapt. With the desire on the part of clients to avoid appearing extravagant, "'Mad Men' is a good theme to do," she says, "because pigs in a blanket, Jell-O and deviled eggs are relatively inexpensive, but it fits a new and relevant theme."

David Turk of New York-based Indiana Market and Catering, who predicts business on par with last year, is being proactive when faced with inflexible budgets.

His team is "offering value wherever possible," Turk explains. "We do that by giving people choices--in our proposals, we typically offer what we think they want followed by an alternative or two that demonstrates how they can get something similar at a lower price. We will do this without being prompted, as we discover that they typically really appreciate the proactive nature of our gesture."

With big-budget glitz out this year, the main ingredient in Turk's menus, he says, is fun. "How can we bring an element of 'fun' to the event, without bringing in a lot of bells and whistles?" he asks. He turns to "interesting and whimsical food choices, clever beverage offerings, and lots of training of our staff to inject a positive attitude in the face of often-challenging situations."

Indeed, several caterers note that even though clients aren't throwing money at parties, they are beginning to loosen up. "It seems like people are ready to have fun again," notes Richard Mooney, head of Los Angeles-based Kensington Caterers. "They are tired of life in the economic doldrums."