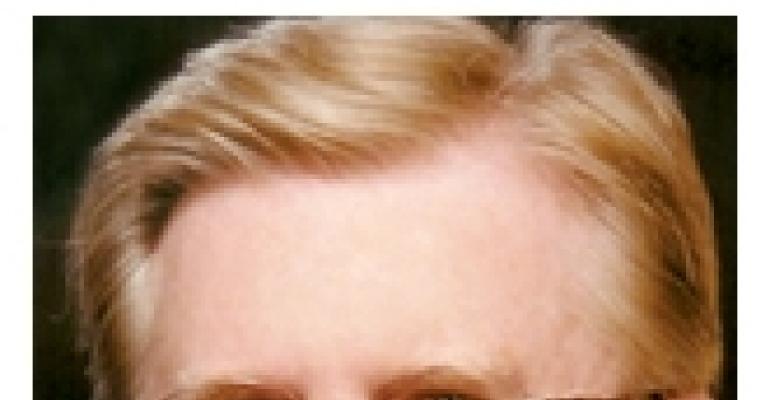 A MASTER's degree in business administration, a background in data processing, no culinary training whatsoever — not exactly the makings of an award-winning chef and catering innovator. Except in the case of Jack Milan. The owner of Boston-based Different Tastes — a 2005 International Catering Association CATIE award-winner for international catering chef of the year — will mark his 25th anniversary in catering this year.

So how did the one-time A.C. Nielsen television ratings programmer put Different Tastes — now a 135-employee operation with $2 million in annual sales — on the catering industry map? For starters, “Creativity in food, and always staying on the cutting edge,” he says. “Many years ago, I couldn't see the sense in having hors d'oeuvre that consisted of food on an enamel Asian spoon. It wasn't so much the hors d'oeuvre — it was the concept. One server passed the hors d'oeuvre around, and another had to come around and pick up the used spoon.” Milan calls the whole enterprise “a total waste of labor” — one that inspired him to devise an edible spoon that eventually won a 2002 CATIE for top industry trend.

Such forward-thinking has won Different Tastes raves — and repeat event business — from such notable clients as Disney, IBM, Lexus and Versace. But no event sticks out in Milan's mind, he says, more than the 2004 Democratic National Convention. During a five-day span, the Different Tastes team catered 11 events with an average guest count of 1,200 each. For one particular event, “We dealt with manipulating the streets of Boston due to the closure of the central [highway] artery, horrific traffic, the Secret Service with their many procedures that made absolutely no sense to us, and a ‘kitchen’ in an alley,” Milan recounts. The upshot of the affair was a lesson in “staying cool under pressure,” he states.

Staying cool under the pressure of growing competition from new off-premise operations has been another key to Different Tastes' success, Milan notes. Chief among the company's responses to the new business climate have been a move away from a strictly corporate clientele into the weddings and social event market, and the launch of its corporate delivery division, The Fast Repast.

Looking forward, Milan says his top priority will remain renewal: “Our job is to keep our clients from being bored and moving on to the ‘next best thing,’” he says. “This can only be done as long as our company is constantly evolving and not stagnating. Different Tastes overcomes this challenge mainly through education. If the time comes that someone feels they no longer need the education, it's time to consider another career.”

“Currently, it takes an average of three to four proposals to satisfy the client. Clients have a lot more input, talk to friends, read and are a lot more concerned with the money they're spending. The negotiation process is a lot more time-consuming now than in the past.”

“The most difficult part of my job is putting together a cohesive team that respects and understands each other's responsibilities and works together toward a common goal — our success. I think I get better over the years when it comes to hiring and training, but I wonder if I'll ever be at the point where I have that ‘perfect’ staff. The experience that I bring to this mix is really past failures and my willingness to learn from them and, hopefully, not repeat the same mistake again.”

“I'm most proud of my ability to create a demand for a product created by my mind and hands, and for the accomplishment of being self-employed for more than 25 years in an industry that I love.”