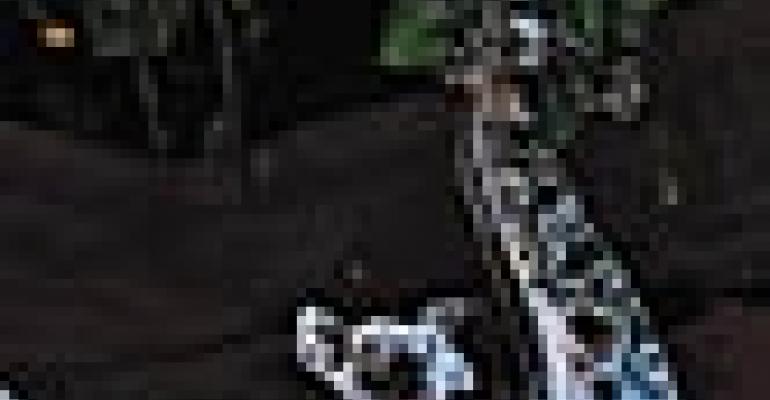 A CONSTANT IN BAR and bat mitzvah menus is their split personality: one menu for adults and one for teens.

For a “Winter Wonderland” bat mitzvah in May, Wickey's Caterers of York, Pa., served the adults a menu including a dual entree of roast prime rack of lamb with a persillade crust and Bordeaux truffle sauce alongside seared filet of Arctic turbot with a cornmeal crust topped with lemon grass and cilantro sauce. Side dishes included a risotto and artichoke timbale on a portobello mushroom base, roasted asparagus and scallions with a sherry glaze, and braised red endive. Younger guests were treated to a buffet of crispy chicken fingers with Dijon honey mustard and ketchup, Asian marinated grilled flank steak with a soy glaze, macaroni and three cheeses (Monterey Jack, New York cheddar and provolone), tortellini alfredo and broccolini crowns.

While the parents may ask for innovative menus, the children are traditionalists, according to Wickey's founder Wickey Helmick. “Pasta is always good, and they like fun food, such as tacos, burgers and franks in blankets,” he says. And as every parent knows, “Children don't like green vegetables,” he says.

Themes are still “very much” a trend for bar and bat mitzvahs in Las Vegas, says Gary McCreary, CMP, director of conference management at the Venetian Resort-Hotel-Casino. He lists “Club Courtney,” “Alison's Wonderland” and “Welcome to Dana's Jungle” as recent hits. “In most cases, parents are choosing themes that really reflect the interests of their children,” he explains.

“Dana's Jungle” won raves from guests, he says. Guests entered the reception area, which featured ice safari scenes and a jungle drum bar made of ice. Zulu warriors carried the guest of honor in on an African litter. The menu carried out the elaborate theme, with a “dessert safari down the Zambezi,” as McCreary puts it, featuring authentic South African dishes including klappertert (coconut pie) and akwadu (baked bananas with coconut).

Bucking the trend of dual menus, the Arabian Nights menu made no distinction between adults and children. With children in some circles attending many bar and bat mitzvahs each year, “they always get the same thing,” notes Lee Linderman, Wolfgang Puck director of off-premise sales and catering. “The bar mitzvah boy here really wanted some different food.”

His company is quick to tailor the menu for its event-savvy clientele, Linderman says. “The backbone of this business has always been a particular percentage of private residential clients, and they've remained loyal over the years,” he notes. “We've done their weddings, births, funerals. It's not about an individual event, but establishing a relationship with the client. As an event planner, it's our job to understand that Mrs. Smith does not want bell peppers anywhere in her house. The bottom line is understanding those little things.”