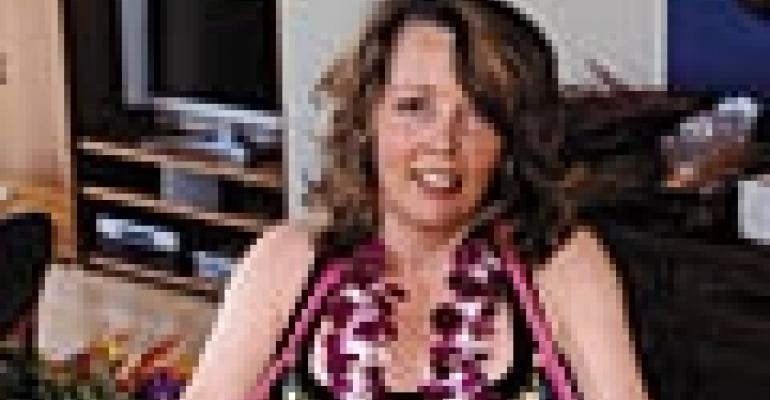 It's one thing for an off-premise caterer to survive in a tough economic climate. But to thrive is something else entirely. In our annual "Catered Arts" cover story, award-winning independent caterers talk about what it takes not just to make it, but to make a name for themselves in today's tight event environment.

Facility relationships are more complex than ever — yet they remain the foundation of a successful operation, caterers contend.

In the midst of what she calls a still-shaky corporate event market, “We realized we couldn't just be on our own out there, on lists,” explains Kelly Earley, general manager of 2003 ISES Esprit award-winner Thomas Caterers of Distinction, based in Indianapolis. Instead, she says, Thomas Caterers agreed to take charge of two facilities' in-house cafes in exchange for exclusive rights to their event catering.

While Earley admits that initially she balked at assuming the additional responsibilities, she now says running the casual on-site eateries has given her the menu flexibility and infrastructure to expand into the lucrative box-lunch market. Meanwhile, the “wedding-heavy” facilities have helped her expand her wedding business from about 20 percent of total sales in 2001 to 40 percent today — a major boon in light of the tough corporate climate.

Jack Milan of Different Tastes, Boston, winner of multiple 2003 ICA CATIE awards, points to a drop in government financial support of cultural facilities as a factor in his local venues' tough new tactics.

With certain sites, Milan says, caterers must pledge to donate services to one fund-raising event per year, “or we're going to be kicked off the list.” Venues also are expanding preferred-caterer lists from five or six companies to 12 or 13, to make sure all their monthly fund-raisers are covered. “That cuts down on the number of events we get to do at the site,” he says.

But despite the increased pressures, Milan works hard to maintain positive relationships with venues, since recommendations by site managers are one of the few ways to beat a system in which unguided clients tend to go with “the first three on the list,” he says.

While good venue relations help beef up business, in the realm of internal operations, it's all about staying lean, caterers say.

In the first year after 9/11, after losing a million dollars in sales, Vancouver, British Columbia-based caterer Debra Lykkemark says she had no choice but to lay off staff. The president of 2003 Gala Award-winning Culinary Capers Catering adds that she also renegotiated everything from health insurance to rent, and raised her prices 10 percent across the board.

While business has, fortunately, bounced back — the last quarter of 2003 saw sales up 26 percent from the previous two years — Lykkemark stays focused on cost control to sustain her company's growth. She cites server-passed miniature entrees as “great for the chef because you have control over how the plate looks,” and equally great for portion control — “not like a buffet where people can pile it on.” She also has started cutting bread and butter out of sit-down menus: “It's a money-saving thing. Bread and butter is not expensive, but you've got to have a bread plate, you've got to have a butter knife, you've got to have a bread basket. I'm quite happy just skipping that.”

Michel Malecot of San Diego's The French Gourmet, a past NACE honoree and winner of a 2003 Gold Medallion award from the California Restaurant Association, says technology has helped him make the most of his resources.

With his Maitre D' software, from Montreal-based Posera Inc., he can see how many events are planned for a certain date and access complete details about each event. In turn, he can decide how to allocate resources most effectively: “We know if we have three parties on the books on a Friday night, and someone is asking about a fourth one, it needs to be a great one to justify us pulling all the staff, etc.”

Successful caterers are quick to point out that cutting costs should never mean cutting out marketing.

Colleen Walker of Toronto-based Catered Affare Fine Foods — a 2003 Canadian Events Industry Awards winner, and one of the many Toronto businesses hit hard by SARS — says increased marketing has helped her company weather crisis. In addition to doing “more warm calling, more cold calling, more keeping in touch with the clients,” she explains, her company has created a desk calendar and corresponding monthly postcards, which it sends out to an extensive mailing list of current and potential clients. “It's been very successful,” she says, “a huge thing for us.”

Earley is making the most of Thomas Caterers' marketing budget by only placing print ads that mark special milestones, such as the company's 20th year in business and its Esprit recognition. Another new marketing tool: menu cards bearing a discreet company logo. “People would so love to have menu cards, but they don't usually have the money,” she says. “We give them free to all of our clients. They think we're spoiling them rotten, and our name is getting in front of every person at that event — I love it!”

Malecot, meanwhile, has gotten more targeted, opting to cut out advertising in his local phone directory while enhancing his presence on the Web. “I think people need to quit renewing, renewing and renewing their advertising without assessing the changes in where their business is coming from,” he says.

Through it all, caterers concur, if you want to take top honors and keep clients coming back for more, your focus has to be on the food.

Lykkemark says being a market leader means generating new presentations every few months. Her culinary crew has kept pace, turning out such mouthwatering offerings as lamb chop “lollipops” with grilled asparagus and celeriac puree. The items don't just look pretty on the plate, but can be marketed as friendly to the popular low-carbohydrate Atkins diet — a growing demand for event menus, she says.

Walker touts small, finished servings — such as a martini glass trio of hummus, baba ghanoush and tapenade topped with grilled pita for dipping — as not just visually appealing and helpful in portion control, but great for eliminating wait. “It's done, it's out, we like it,” she says. “And if we ever do have people waiting in line, we entertain them by serving them hors d'oeuvre.”

According to Earley, who cites “paella on granite slabs” and authentic Indian menus as big sellers, an annual tasting keeps her kitchen on its toes. “We have a folder and we throw ideas in there — things we see on TV or eat in restaurants,” she explains. Once a year, her cooking team prepares an extensive menu of new items, and the company invites 100 event planners, facility managers and other contacts to sample the goods and rate each on a scale of zero to five. The event generates creativity, keeps the company fresh in the minds of local event pros, and helps the kitchen decide which items to incorporate, which to revise and which to drop. And as if that's not enough, “We use it in sales,” Earley adds. “Our people will say, ‘This scored the highest at our tasting — you've got to try it.’”