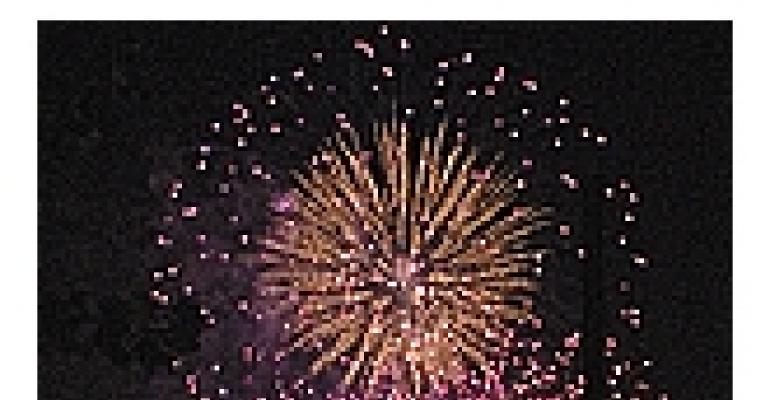 NOT many event companies can boast a direct tie to turn-of-the-century Russia. But then not many companies are Tentation Potel & Chabot, the New York-based firm whose roots can be traced to the legendary Parisian caterer Potel & Chabot. Potel & Chabot once catered for Russia's Czar Nicholas II — an experience that came in handy when Tentation was called upon last fall by PR/event firm KCD Inc. Tentation was charged with helping Russian Standard, a premier vodka distiller, with the New York launch of the company's Imperia brand vodka.

As Tentation senior event director John Wyatt tells it, he put in a call to his company's office in St. Petersburg, Russia, to see if they had “anything they'd suggest” for the event's culinary lineup. The next thing he knew, he had scans in hand of the Romanov-era menus that Potel & Chabot had provided the ill-fated Russian leader. “They were the most amazing piece of history to be staring at,” Wyatt recalls.

But while the original menus provided an inimitably authentic foundation for the event, they were only a start. As Wyatt explains, it fell to him to encourage the client to move away from an insistence on strictly Russian food — a difficult negotiation, but one Wyatt knew was critical to the event's success. He recounts, “I put together a lengthy e-mail to the client and said, ‘We can absolutely do anything you want, but you're reaching out with a luxury vodka to a high-end clientele. You're presenting your image to American clients for the very first time. Do you really want stereotypical Russian cabbage and potatoes to be what you portray to your audience?’”

Fortunately, Wyatt's persistence paid off, and the client saw the light. The resulting menu mixed traditional Russian flavors with “French touches and trendy New York overtones,” Wyatt says, and was great fun for Tentation's chefs to turn out. Getting the food, catering equipment and just about every other event element to venue Liberty Island — that was another story.

With its landmark status and isolated location, the Statue of Liberty's 12-acre home — in the middle of New York harbor — proved an unusually challenging event location.

In addition to rules about activity, access, security and conduct on a site managed by the National Park Service, Mother Nature also played a role in dictating load-in and setup, Wyatt says. Whether departing from Battery Park, Staten Island or Ellis Island, “You have to hit low tide, and the ramp has to be level so you're not rolling things at a sharp angle,” he explains. “If you miss that window, life is very hard.” On top of that, the fact that no conventional vehicles are allowed on the island meant that, among other things, beverages for 1,200 people had to be moved from a loading pier to the event site by electric trolley and hand truck.

While the ferry-assisted load-in was fraught with obstacles, the event itself was smooth sailing, Wyatt notes. Guests, who arrived at Liberty Island via ferry shuttles departing Battery Park every 15 minutes, were greeted with drinks by “long lines of female models, beautifully dressed, with temporary Imperia tattoos,” Wyatt says. At the island's flagpole rotunda, attendees enjoyed a reception featuring two large caviar bars, and, of course, more Imperia-based drinks.

In one of the event's most exciting turns, guests next made their way down the pathway ringing the island to find a lawn laid out with 100 Oriental rugs, each decked out with luxurious cushions and set with ornate brass trays featuring chilled bottles of Imperia and the pre-dinner snacks known as zakuski, which are typically set out as guests arrive and “are all about enhancing the taste of the vodka,” Wyatt says. Featured items included truffled beet chips, traditional Russian pickled vegetables and black bread toast points with herb butter.

Following the zakuski course, “cafeteria-style” service, incorporating elegant lacquer trays pre-set with linen napkins and gold cutlery, made it easy for guests to make their way through the main dinner station area, choosing items — whole roasted sturgeon and roast suckling pig were highlights — and easily carrying them back to the carpets, Wyatt says. He credits his clients at KCD with suggesting the cafeteria setup, noting, “I don't think I've ever seen that done here in New York.”

Maybe it was the reproduction of czarist Russia delicacies by Tentation's modern-day Manhattan culinary staff. Maybe it was the free-flowing Imperia vodka, or the thrill of event headliners Duran Duran playing on a barge moored in the harbor, or the huge fireworks display, or the excitement of creating an event at an iconic site. Whatever the reason, “Of all the events I've worked on, this is among the most memorable,” Wyatt states. And he was not alone in his awe. At the party, he adds, “I heard people saying, ‘This event will be talked about for the next five years.’”