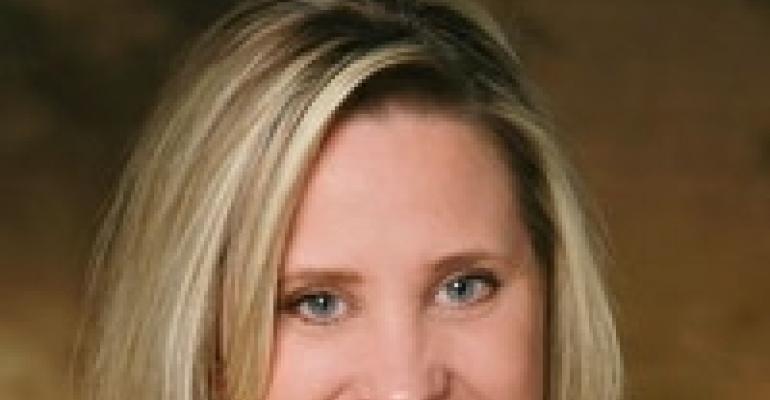 LuKanic will have plenty of sparks to ignite as Wolfgang Puck continues to expand into hot event markets across the country. In her new position, working from the company's Hollywood, Calif., headquarters, LuKanic takes charge of 26 sales teams in 11 markets that encompass 23 venues and eight off-premise operations — so far.

Tasked with the job of ensuring that each unit achieves its sales goals, LuKanic says she's thrilled to be “back on the revenue side of the business.” In her most recent position as senior director of special services for sports and entertainment empire AEG Worldwide, LuKanic operated on the expense side, working on projects such as the 4-million-square-foot L.A. Live development adjoining Los Angeles' Staples Center and convention center. That job certainly provided its share of satisfactions — among them, she notes, “seeing the thing go from a parking lot to the opening of the Nokia Theater,” one of the development's marquee attractions. But now, LuKanic says she relishes the thought of “being in a position that's measured by numbers.”

Fortunately, she's got the renowned Puck brand backing her push for sales success. “There's a lot to be said for being the first celebrity chef,” LuKanic says. “And Wolfgang Puck is still as fresh today as when he started. He's the real deal.” That reputation for innovation is LuKanic's best weapon as she strives to reach new revenue heights in markets from Seattle to Boston.

While she's streamlining sales efforts from coast to coast, LuKanic says she also must be careful not to snuff out each local operation's individuality. “This company has grown so big, so fast,” she explains. “There's a lot of variety in how things are done from sales office to sales office.”

Though she knows that standardizing practices may make things easier on her, she's also smart enough to realize, “I can't really do that — it's not good for the company.” Instead, she asserts, “I need to take the best practice out of each unit and see if there are any holes in the dam that we need to stick a plug in.”

“I'm highly analytical. I know that's kind of weird for a creative person. I've got this left brain/right brain thing going. I also have worked on both sides of this coin, so I can look at things from a salesperson's perspective and also from the client's perspective. That's where I can add the most value here.”

“I think the thing I'm most proud of in my career is that anyone who's worked for me before would work for me again.”

“Some companies that I used to go to for sound and lights now do sound, lighting, staging and trucking, and you're not dealing with the same level of expertise for everything. I don't think Wolfgang Puck is going to start selling flowers. We don't have to. We have such a strong hold on our market segment. We know we're really good at food, and that's what we're sticking with.”