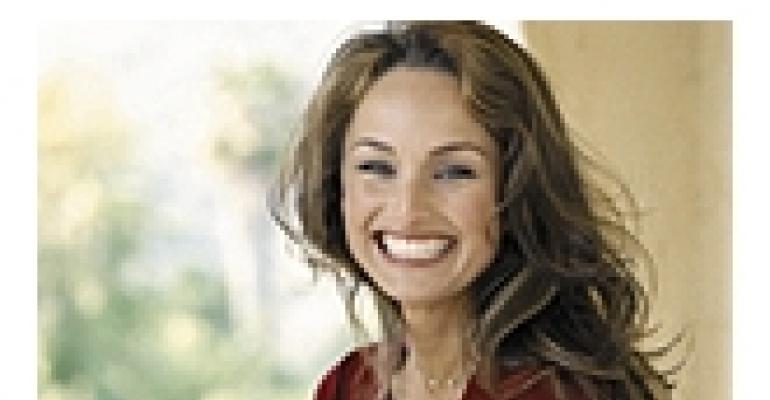 IF you were asked to televise one of your catered events to millions of viewers — both preparation and final service, high points and missteps — would you? For Joann Roth-Oseary and her team at Someone's in the Kitchen, the answer was yes. Last summer she cooked up a fabulous wedding along with an unparalleled marketing showcase for her company.

Roth-Oseary, who has operated her Tarzana, Calif.-based catering business for some 25 years, got a call last year from the production team behind Food Network show “Behind the Bash.” Hosted by Giada De Laurentiis, herself a chef and caterer, “Behind the Bash” offers a behind-the-scenes look at how caterers and event planners create high-end parties.

The call from the show's producers came “out of the blue,” Roth-Oseary says. Lured by the Someone's in the Kitchen client roster, which includes such luminaries as Madonna and actor Ben Stiller, the producers wanted a peek into one of Roth-Oseary's celebrity-studded parties. “But I told them, my celebrity clients are not particularly interested in having you at their parties!” Roth-Oseary says.

Along with her desire to protect her clients' privacy, Roth-Oseary was a bit wary at first about the approach that some “reality” TV shows take. “Some are not looking for good news or beautiful food, but for what could go wrong,” she notes. But her discussions with Food Network personnel reassured her. “They really are all about the food,” she says. “I was very frank with them, and told them that that's what we're about.”

Although she didn't offer up a celebrity party, Roth-Oseary and team took the TV crew behind the scenes of a singular special event: a kosher wedding for 190 guests on the grounds of the Santa Barbara (Calif.) Zoo. Her client couple readily agreed to have their wedding reception featured on TV: “They were wonderful to deal with,” Roth-Oseary says.

Having a TV crew on hand filming everything from planning meetings to food preparation to final service did little to disrupt normal operations, Roth-Oseary explains. “They were with us the entire time. But you have a job to do, and after a while, you don't think about them or ask yourself, ‘Did I say the right thing?’” she says. “You just have to go with it.”

The half-hour episode introduced viewers to Someone's in the Kitchen with a tour of the company's facilities. De Laurentiis visited the catering kitchen to watch food prep, including a session with chef John Murray showing techniques for preparing spring rolls, and went to a local farm with two chefs to pick heirloom tomatoes. The program showed the unique requirements of kosher cooking — the province of Someone's in the Kitchen's five-year-old Five Star Kosher Catering division. All work ceased at sundown on Friday before the Sunday wedding, but came roaring back at 5 a.m. Sunday morning with the loading of catering trucks bound for Santa Barbara.

On site, viewers watched as designer Armando Martinez and team from Carpinteria, Calif.-based Alegria by Design created the ceremony and reception areas — an “Asian-Indian fusion” theme featuring jewel-tone linen and a canopy of umbrellas and lanterns — on a grassy knoll overlooking the ocean.

Viewers also saw some of the inevitable mishaps that crop up. Thanks to a flat tire, executive director of food and beverage Judy Ornstein arrived an hour late. And in a “lychee crisis,” as she described it on camera, viewers watched as Roth-Oseary bemoaned the fact that she had 200 cans of lychees for the event's signature lychee martini, but no can opener. A quick-thinking crew member saved the day by opening the cans with a chef's knife.

The only extra expense required by filming was the labor and food to create the entire menu ahead of time just for the food “beauty shots.” Roth-Oseary used her usual staffing levels for the event itself. “It was pretty much business as usual,” she says. She did have some butterflies waiting for the program to air. “You sign all the releases — you sign away everything — and they may not even air the show. And you can't see it before it airs.” The program showing the August wedding was broadcast in December.

Roth-Oseary says the payoff was well worth it. “You can't buy this kind of publicity,” she notes. “I got so many calls afterward — so many people watch the Food Network! It was a very positive experience; I can't find anything negative about it.”

To spread the good word, Roth-Oseary sent a postcard to her mailing list alerting them to the times the show would air. She also sends out a DVD of the program to clients. Even with her solid reputation, “You have to give people a reason to call you,” she notes.

READY FOR HER CLOSE-UP

Roth-Oseary was blissfully free of one common problem in show business — stage fright. During filming, one of the crew asked her to repeat something she had said. “I turned around and said, ‘You are dealing with the One-Take Kid,’” she recounts. “‘So turn your camera on and keep rolling!’”