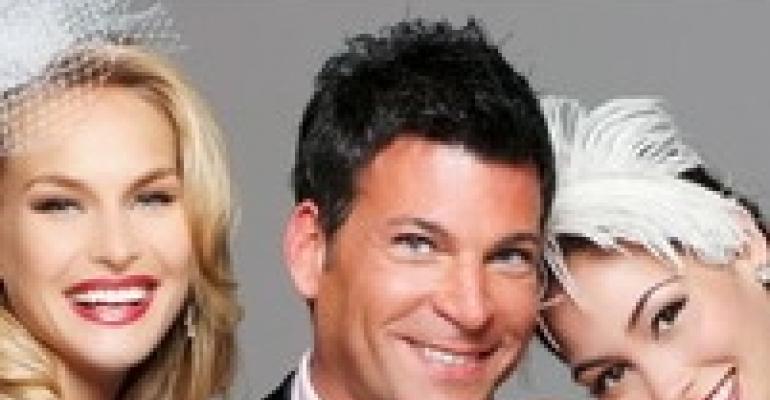 They're among the top shows on TV — reality shows that range from wedding extravaganzas such as “My Fair Wedding” to home-improvement programs including “Extreme Makeover: Home Edition.” The producers often turn to party rental companies to provide their services, promising fabulous PR exposure in exchange. But do the promises live up to reality?

In an informal poll from Special Events, respondents who have contributed to reality TV shows seem to be evenly split between those who loved the experience and would do it again, and those who thought it was all give with no payback.

BIG PAYOFF Van Nuys, Calif.-based Town & Country Event Rentals worked on a destination wedding on Catalina Island, Calif., for “Platinum Weddings,” an experience that paid off in many ways, according to event manager Julio Villasenor.

The Town & Country team made the most of its TV time after the program aired, sending an e-mail blast to clients about the show and setting up a link to the episode on the company's website, Villasenor explains.

While it's hard to say if the TV show was the sole factor contributing to growth, “I found myself with a steady increase in revenue, especially last year,” Villasenor says, “having close to a 40 percent increase in revenue compared to the year prior.”

Similarly, Larry Ott of Open Aire Affairs of Newtown, Pa., saw a “number of bookings” after donating his venue to an episode of “My Fair Wedding.”

“We had one client who booked the property sight unseen because she saw it on the show,” Ott notes.

Ott adds that the production team at “My Fair Wedding,” which stars celebrity planner David Tutera, was top-notch.

“They were very upfront about everything,” Ott says. Even after some tiles were broken during install, “The production company compensated us without any hesitation.”

The team at Austin-based Premiere Party Central had a good experience working on “Extreme Makeover: Home Edition,” says owner Delores Crum, CERP, but she notes it's important to remember that the producer is the boss.

“There was some flexibility in interpreting the producer's vision,” Crum says, “but it was clear from the outset that the producer's vision would prevail! After all, their objective is television entertainment — we're just there to provide a backdrop for the ‘real’ story.”

BAD REVIEWS Other rental com-panies are not so positive about their TV time.

Some respondents asked to remain anonymous because they got involved with the TV shows at the behest of longtime wedding-planner clients, whom they want to keep.

Says one, “We just did $7,000 in support of a photo shoot for [a client] and I still don't have their end of the deal defined.”

Says another, “Our involvement in two different segments on two different networks cost us over $8,000 and produced about 12 seconds of exposure to an audience that was national in nature when our business is very local when it comes to weddings. I don't want to sound bitter, but it was not a good decision for us.”

The spokesperson for one multi-unit operator tells Special Events that showcasing a unique or branded product that potential clients will recognize later is fine. But, she adds, “If it's just white folding chairs, forget it.”

What's the secret to success with reality TV? Understand what you're getting into and how to reap the rewards, says Kevin Covey. The Brea, Calif.-based wedding planner, head of Kevin Covey Wedding and Event Coordination, is a veteran of many wedding-related reality shows including “Platinum Weddings,” “Whose Wedding is It Anyway?” “Wedding Altered” “and a few pilots that never even aired,” he says.

With the exception of “Platinum Weddings,” which films weddings for which the bride has already contracted vendors, many wedding shows work out agreements with vendors to donate services in return for some TV exposure, such as showing the rental company's trucks or having the program host mention the rental company's name.

But don't assume you will get coverage, he warns. “There is a possibility that you will not make the cut if you don't have a formal agreement in writing,” he says.

Wise vendors will also learn to live with TV's “hurry up and wait” production schedules. “With reality television, the filming is always very last-minute, and you could get a call the week of the wedding to provide services in just a few days, which is very typical for the TV world,” Covey notes.

Finally, don't assume that once the program airs, clients will come calling. “In the long run, TV time is very costly. And so if your services can be shown on TV, that is great, and the risk can be really worth it,” Covey says. “However, it is the role of the vendors to do their own marketing, advertising that they are on the show and have been featured.”