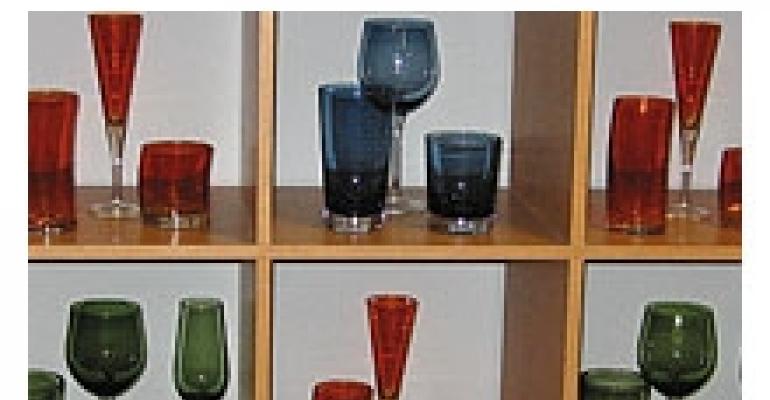 WITH an intricate inventory management system at work amid rows of colorful linen, stacks of white wood chairs and piles of folded canvas ready for the next special event, multimillion dollar event rental company Abbey Event Services counts on consistency to deliver quality to its customers.

Before the 2003 consolidation of Abbey's four southern California warehouses — in Burbank, Santa Ana, Rancho Dominguez and Rancho Cucamonga — its inventory system “had a lot of inconsistencies and was a mess,” recalls Abbey president Martin Hubbard. “Trying to coordinate the movement of equipment from one facility to the next and then to the job was very difficult.” After merging the four locations into one 66,700-square-foot warehouse in Montebello, Calif., Abbey refined its inventory management to ensure that all equipment is handled the same way every time. Abbey now uses a four-step system — involving consistent procedures, ongoing training, custom transport equipment and quality checks — so that inventory lasts longer, Hubbard notes.

With a roster of 175 employees, ensuring that handling procedures are followed the same way every time by everyone was a vital yet challenging task. Training employees to follow through on procedures took time, energy, training and discipline, says Hubbard. But, “Without the proper staff, you can't have the quality,” adds Walter Calderon, Abbey's inventory manager.

Developed over the last five years, Abbey's training program includes training for both new and veteran employees. Over a three- to six-week period, Abbey's new hires are trained in product knowledge, product handling and proper installation. Veteran employees partake in cross-training — similar to a mentor program, Hubbard says — where they work with other employees to teach them what they know and help them better understand all facets of the business. All Abbey employees attend weekly classes where drivers and helpers are updated and tested on loading equipment onto the truck, unloading it, and handling and readying it for storage.

The implementation of this training program not only helped employees learn to handle equipment consistently and carefully, but also cut labor costs for Abbey. Fewer employees are logging overtime hours, labor expenses have dropped by about 3 percent, and production has increased, Calderon notes.

THE FLOW OF THE PRO

With the staff properly prepared to do the job, Abbey's inventory flow was perfected in 1999 when “we realized better control was required to catch the lost and damaged items on a ‘live’ timeline,” Calderon says.

Before the equipment is OK'd for shipment to an event, it undergoes four quality control inspections that begin with storage, where every item is crated or placed in some type of protective carrying case, Hubbard says. Chafers and buffet equipment are put into plastic crates, aisle stanchion carts were created to move stanchions easily, and fully carpeted four-wheel carts move products in and out of the warehouse. Table edges now stay pristine after tables were put into crates to be transported in and out of the trucks via forklift, rather than rolling them. As a result, “The breakage and damage when handling tables has basically dropped to nothing,” Calderon says. While inventory is in storage, it is subjected to daily checks for missing or broken items.

The next step — the reservation of inventory — prepares the order, and employees once again perform a quality control inspection that focuses on details. The detailed inspections, which “ensure the client will not have an issue with [the order],” Calderon says, consist of taking everything out of its packaging and making sure it works properly. After the reservation, the inventory is loaded into the trucks, where it would be likely to get “beat, beat, beat,” Hubbard says, if not for the proper outfitting of the Abbey fleet. All Abbey trucks have padded floors and rails as well as ropes and dollies that prevent the equipment from being damaged while traveling.

Another visual inspection is performed when the items are loaded into the trucks, and the loading crew checks equipment counts against the sales contract. The last quality control inspection before the customer receives the order occurs in the delivery phase, where the equipment is inspected in detail and the driver does an equipment count.

Once the equipment is returned to the warehouse after an event, it goes through sorting, cleaning and storage. Abbey faced the most difficulties with the handling of the dishware and laundry because of their chemical sensitivity, says Hubbard. “If you don't clean it properly, it shows,” he says.

Upon return to the warehouse, dishware is sorted by wash and dish line, checked for damage and washed. Abbey invested in a reverse-osmosis machine, which removes foreign, dissolved and biological materials to make regular water dishware- and laundry-friendly. The result has been no spotting on glassware, china and hollowware. Employees are also educated on operating dish lines properly and using the correct chemicals, resulting in improved quality and reduced soap use, Calderon says.

Once linen is returned to the warehouse in cloth laundry bags — which, unlike plastic bags used by other companies, allow the linen to breathe, Calderon notes — it's re-counted, sorted by color and size, and washed. Employees are educated on identifying certain stains and the correct chemicals to use that aren't abrasive to linen, reducing the risk of damage. Now that the handling of linen has been improved, Abbey has extended the life of its linen to 12 to 14 turns, up from the industry standard of six to 10 turns, Calderon says.

With a properly trained staff and an inventory flow that focuses on delivering quality, Abbey is dressed to impress: “We only have one shot to make the best impression,” Calderon notes. “From the backyard party to the elaborate gala, we want the client to get the best we offer.”