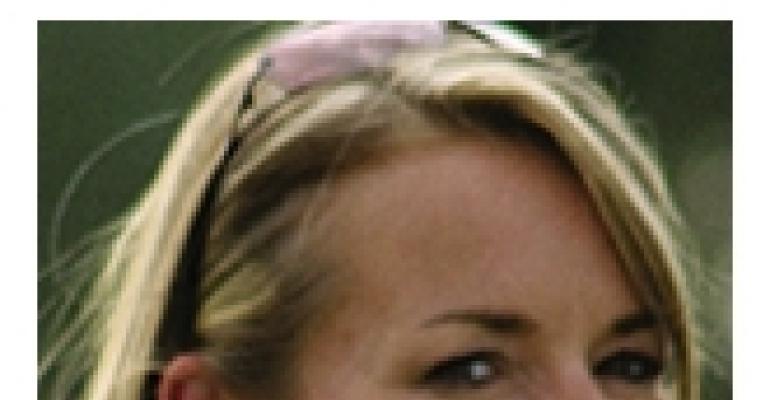 FOR most people, a job in the high-anxiety field of air traffic control would provide more than enough excitement. But Carmen Clews isn't like most people. When a job in air traffic control for Britain's Royal Air Force proved a snooze for the fun-seeking Clews, she embarked on a series of airline jobs that eventually landed her in burgeoning Dubai, United Arab Emirates. And it was in that Persian Gulf hub where Clews says she found “an energy in the air — that if ever you wanted to go out on your own and start something new, then here's the place to try it.”

What Clews started was Harlequin Marquees. She and business partner Charlie Wright have guided the full-service event design and rental company into a 45-employee operation that claims some of the world's biggest blue-chip companies as its clients.

In business since 1998, Harlequin handles all the usual event projects, including product launches, gala dinners and festivals. But Dubai has a special gusto for growth, Clews notes. Ruler Sheikh Mohammed is a “natural entrepreneur,” she says. “It's always exciting to open the newspaper in the mornings and see what unique and challenging projects have been dreamt up overnight — such as the first underwater hotel, the world's largest theme parks, the tallest buildings, etc.” As a consequence, groundbreaking ceremonies have become a huge market for Harlequin. “Our biggest clients are the region's property developers,” Clews notes.

Yet another benefit of Dubai's location — almost midway between Europe and Asia — makes it both a hub for international commerce and a draw for workers from around the world. “We are fortunate to have a fantastic team who all communicate, listen and talk very well together,” Clews explains. “However, when you throw in the client — who could be Arabic, Asian or Western themselves — that's when we have to be very careful with our communication!” All of Harlequin's software and proposals use English as the primary language. However, “We have to be extra careful, taking nothing for granted and never assuming anything,” Clew adds. “And of course we have learnt to be very patient with each other!”

But while she acknowledges that patience is a virtue, Clews is quick to point out that a bit of impulsiveness — “acting immediately on ideas that feel right,” as she puts it — has gotten her and Harlequin where they are today.

“Just before Dubai's big boom, renting tents in the Middle East looked like an excellent business opportunity. To be honest, I was slightly dubious about how I was personally going to be satisfied creatively in just renting tents. However, what we found — which happened organically — is that we put our own characters and strengths into the development of the business, and what came out was a natural love for the events. The fact that we creatively design, decorate and dress our tents, rather than just renting them as they are, has become our biggest strength.”

“Having visited many trade shows and seminars over the years in the United States and Europe, it seems we all face pretty much the same or similar challenges. There are parts of the U.S. that suffer from intense heat and humidity at certain times of the year. And communication and deadlines are very tight here, but that's not uncommon elsewhere in the events biz. I think I can safely say that the events world will always be challenging no matter where you are.”

“I take, run with, and enjoy the positive elements in everything, and I deal as effectively as possible with the negative, and always turn it into a positive!”