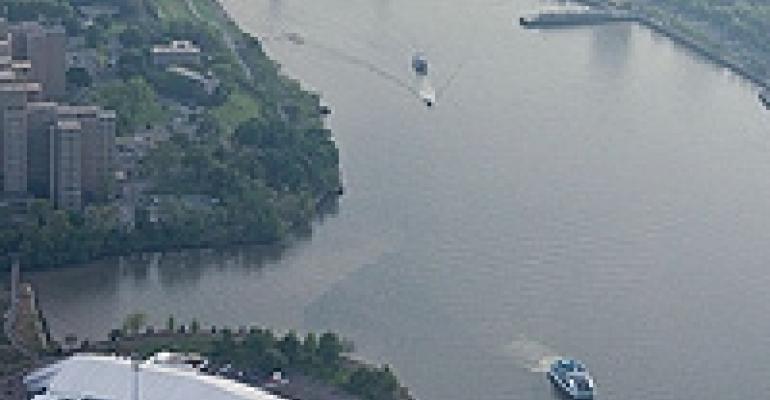 THE TENT AS ART GALLERY

The Frieze Art Fair made a bold move this year. Traditionally held in October in London, the event's management decided to bring the fair to New York in May.

The Frieze owners hired New York architects SO-IL to conceptualize a temporary space on Randall's Island, in the East River, that could house 180 contemporary art galleries. The team turned to structure expert Karl's Event Services, famed for its installations for Mercedes-Benz Fashion Week and Super Bowl in Indianapolis, to make it happen.

Milwaukee-based Karl's designed a massive clearspan structure from both existing and custom components. The project involved six 50-by-60-meter (164-by-197-foot) standard clearspan structures that were attached by triangle-shaped wedges to create a snake-like design to house the galleries. The wedges were created by varying length purlins (or ribs), from just 2½ feet at the narrow end to a standard 5 meters (16.5 feet) bay at the wide end.

The structure was installed over a rented stage made up of 18,000 Bil-Jax flooring pieces. The flooring helped make up for the sloping elevation of the site, which required the team to raise portions of the floor as much as six feet. The structure was staked in most places, but where staking was prohibited, each leg was weighted with more than 10,000 pounds of ballast. A crew of 85 working on different shifts installed the structure in 14 days, with more than 100 tractor-trailers delivering equipment.

To add visual flair to the structure, the Karl's team designed and manufactured 90 fabric fingers that extended from each end of building. The use of translucent fabric that allowed sunlight to penetrate the event space gave the galleries a light and airy feeling.

The 230,000-square-foot structure hosted more than 45,000 guests for the inaugural New York event. The structure not only impressed attendees but also Guinness World Records, which awarded the epic installation prizes for largest temporary stage and the largest single-unit marquee ever installed.