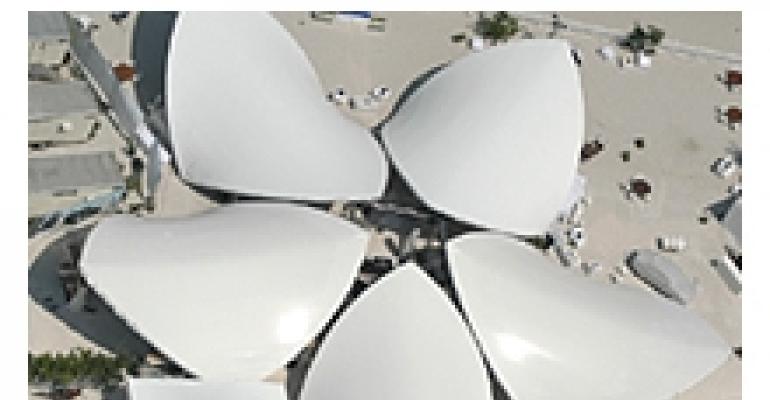 HOW to create an event space in a very public place? Try tents. Or as self-described “sales goddess” Suzanne Warner of Surrey, British Columbia-based tent-maker Tentnology describes them, “space articulators,” which helped BMW last year with its new-car reveal for top dealers. On behalf of Minneapolis-based Media Loft, Tentnology set up its large Saddle Span tents and multiple marquees for BMW's 500-guest event on Miami's famed South Beach. “South Beach is a public space, and the locals are very territorial about private use,” Warner says. The out-of-the-ordinary factors at the product launch required the tent company to use a mixture of high-tech tools and old-fashioned good timing.

NO DAY AT THE BEACH

Despite Warner's quip that “We sacrificed a vestal virgin to the god of wind, and that seemed to appease him,” the installation of some 30,000 square feet of tenting came from the work of a team accustomed to dealing with the elements.

“I can't emphasize enough the inherent challenges of putting tents of that size on Miami Beach next to the Atlantic Ocean,” Warner says. “Basically, sand is not a good ground surface for anchorage,” she says, noting how easily tent pegs can pull out. Luckily, the sand on South Beach was hard-packed for the April event, so much so that “cars and trucks can drive on the sand there,” she adds. “It's an amazing surface.”

Her company can create “fail-safe tents,” Warner says, thanks to the use of Tentnology's Computer Aided Engineering software program, which makes tent installations far more predictable. “I always am amazed with technology today — how things get done through auto CAE and technology well before we go on-site, and how flawless it is and how identical to plans things look,” she notes.

A three-leaf-clover-shaped tent, or Tri-Span, served as one of BMW's function spaces, composed of three Saddle Span tents measuring 5,000 square feet each.

Devised specifically for BMW, the Penta Span — a flower-shaped tent with an open middle — was crafted from five 2,000-square-foot pods. “We used a special cable trussing system to suspend each peak of that flower,” Warner explains. While cars were displayed in the cavernous inside space, other components of the event, such as catering, took place in marquee tents.

Warner describes the flower-shaped tent as “a beautiful surprise” since the tent had been an experiment that Tentnology tried at the request of their client, BMW. “Figuring out what clients need is part of the sales process,” she says. She applauds BMW for asking for more from the event industry with their tent plans, saying, “Their challenges create great events.”