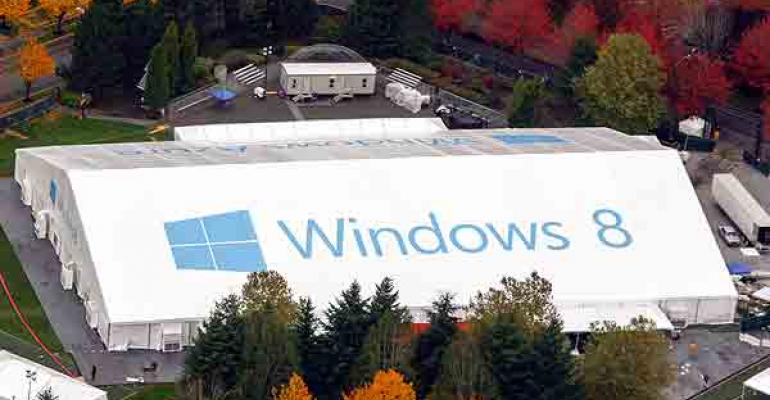 The Solution? It's the Structure

IF YOU BUILD IT, THEY CAN COME

The challenge: Some 2,600 international VIP attendees are coming to company headquarters for a four-day conference—and there is no space there to accommodate them.

The solution: Bring in an expert rental firm to install more than 25 tents on-site covering more than 120,000 square feet.

Tech giant Microsoft already has a big corporate campus at its Redmond, Wash., headquarters, enough space to host 40,000 employees. Even so, the prospect of bringing 2,600 developers there for a four-day event to launch its new Windows 8 operating system was daunting. This event—with meetings, meals and entertainment on the docket—would be the largest ever held on the site.

To meet the challenge—and to live up to its commitment to support local businesses—Microsoft called upon ABC Special Event Rentals of Mulkiteo, Wash., to handle the job.

The ABC team installed an array of tenting, including the event's centerpiece: a 165-by-264-foot keynote structure large enough to host 4,000 attendees. Microsoft wanted the canvas customized with the Windows 8 logo, so ABC installed massive 40-by-200-foot logos on each side of the top canvas and 20-by-40-foot logos on the gable ends of the tent.

In addition to the tenting and structures, the ABC team provided flooring under the tents and climate control systems to protect attendees against the blustery Pacific Northwest weather, plus tables, chairs, cooking equipment, staging, lights, truss, fencing and stanchions. It took 24 full semis to bring equipment to the event site, "along with constant runs from the regular truck fleet," ABC management says ...

See the full story in the November-December 2013 issue of Special Events, which is available to ISES members for free and to subscribers. Not a subscriber? We can fix that; just click here.