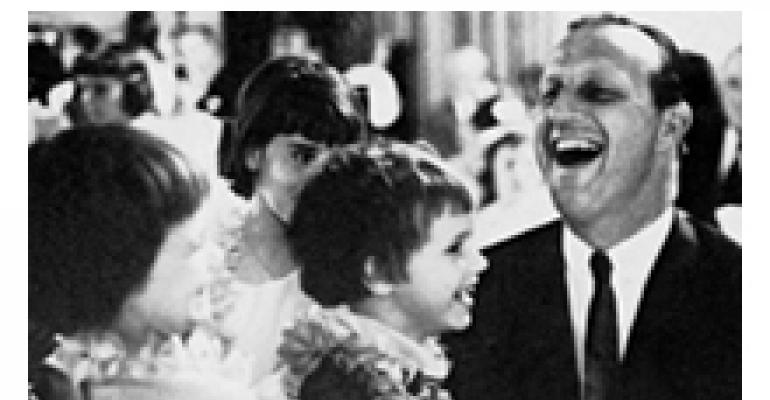 VENERABLE private clubs are known for upholding tradition, and many do just that with long-standing events that are still kicking after all these years. Yet, even the most time-honored traditions need a little tweaking to keep up with the times. Read on to discover how some private club events remain firmly tied to the past, while others receive modern-day makeovers.

The Missouri Athletic Club in St. Louis — an athletic, dining and social club — first opened in 1903 and has been in its current clubhouse since 1916. Its Father-Daughter Banquet began in 1947 and was an instant hit — after the initial 525 tickets sold out, the club added another 208 seats. Director of communications Jim Wilson describes the event as an upscale evening of dinner and dancing and says, “Girls of all ages attend — baby girls, and even some adult women go to this event with their dads.”

While Wilson claims the event remains “really pretty traditional,” it has received some tweaks over the years. For example, the 1947 spelling bee that pitted daughters against fathers — with victory going to the females — was abandoned in favor of charades in 1948. Themes became popular in the '50s and '60s — such as Hawaiian or circus motifs. In its current incarnation, the Father-Daughter Banquet includes the very popular horse-and-carriage rides through downtown St. Louis. Another change to the event — the addition of music — also reflects changing times. The 1947 event featured a “traveling microphone,” with the emcee walking into the audience and tapping guests to sing solos. In 1951, a community sing began the evening; now, participants take a stab at karaoke.

The Indian Wells Country Club in desert locale Indian Wells, Calif., has a glamorous history with founders who include pioneering TV star Desi Arnaz. Established in 1957 on 50 acres of land, the club is surrounded by houses that serve as seasonal residences for its members, though most of the original houses have since been torn down in favor of multimillion-dollar mansions. The club's April season-ending party, Pow Wow, became a fixture of the club since its start in 1960.

Traditions remain strong for the 1,000-person event, with a menu typically including buffet-style grilled-to-order steak. Another tradition: Kachina doll prizes are awarded to the champions of the golf tournament affiliated with Pow Wow. This Native American artifact is “the same prize that has been given out for the entire 47-year history,” according to member relations director Leticia Lanham.

Yet, the event has changed with the times as well. Originally, club staff built such pieces as teepees and even a floating stage on Lake Bing-Phil, so named for club members Phil Harris, the renowned bandleader, and legendary crooner Bing Crosby, who often performed for free along with Lawrence Welk and his band. The floating stage hasn't been used for at least 25 years, and today most equipment is rented — guests no longer bring their own chairs, as they did in the past. Another modern touch: using e-mail to notify members of the event.

While modern conveniences are nice, Lanham hopes to bring back some lost details from the past. She's looking into getting a floating stage and hopes to include an Indian-head-shaped firework, like the one used in the '60s.

Founded in 1891, the Wisconsin Club in Milwaukee began as the Deutscher Club — a group to promote German-American fellowship and understanding — which eventually evolved into the social club it is now. The club moved to its current location in 1895 — a mansion originally built in 1845 and transformed in 1876 into the French Second Empire structure that still exists today, touched up with renovations and expansions. The club also offers a charming belvedere, a structure resembling an enclosed gazebo that serves as the backdrop to the club's garden parties, popular since their inception circa 1891.

The club hosts three formal-attire garden parties a year, in June, July and August. These themed events are capped at about 450 guests and include a sit-down dinner and dancing. While event coordinator Kristin Saunders describes the events as timeless, the format has seen adjustments over the years. For example, music has always been an important component of the evening, with performers such as famed bandleader John Philip Sousa, who composed “The Stars and Stripes Forever” in 1896, the Royal Berlin Opera and a world-renowned Elvis impersonator. However, the club no longer ties the music to the food and decor theme. According to executive chef Allen Boltik, “It used to be that if you did a Latin night, you had Latin food, Latin music — it was just Latin everything.” But now Boltik can make sweet-potato-crusted scallops or Brie and lobster pastries while an Abba tribute band serves as entertainment. Modern conveniences help too: Rolling chill tables keep food cool, a much better alternative than the past technique of simply packing everything down with ice.

Other changes are even more striking, such as the cost of the event: from $6 for dinner and cocktails in 1948 to $87 today with an open bar for the first hour. Another difference Boltik notes is wine-savvy guests: “You have to be careful with your wine pairings. In the past, you threw out some box wine.”

Founded in 1927 as a golf club for men, Woodholme Country Club in Baltimore has evolved into a 50,000-square-foot clubhouse that caters to families. General manager Mitchell Platt claims, “Clubs across the country are finding out that if you don't involve family activities, it is becoming more and more difficult to attract large crowds to social functions.” Case in point: the club's revitalized New Year's Eve Gala. This was once a traditional black-tie event held since the club was founded and recently has been reinvented as a more casual affair that includes children. The change, according to Platt, probably had the founding members “turning in their graves.”

The event is a prime example of societal change and has seen buffets, sit-down meals and many themes. Four hundred to 500 guests attended in the '60s, '70s and '80s. Then, “As with many private clubs across the country — as members became more mobile and clubs no longer were the social hub of members' lives, attendance declined,” Platt says. A millennium celebration saw a spike in attendance, as did the celebration occurring immediately after the Sept. 11 attacks “because no one was traveling,” he says.

But a decline in attendance marked the following years — until this year, when the club changed the format to something more family-friendly. The New York-themed party included decor resembling Times Square, Central Park and the restaurant Tavern on the Green. Dinner options included hot dogs from carts and stations that emulated famed New York spots. Guests could nosh on dim sum served in takeout containers at a Chinatown station or antipasto from “Carmine's.” Big Apple martinis continued the theme. For kids, the club provided an activity center with interactive video games, arts and crafts, movies and a baby-sitting area. Platt says, “We constantly reinvent ourselves to meet member expectations and, in this case, to save a dying formula.”