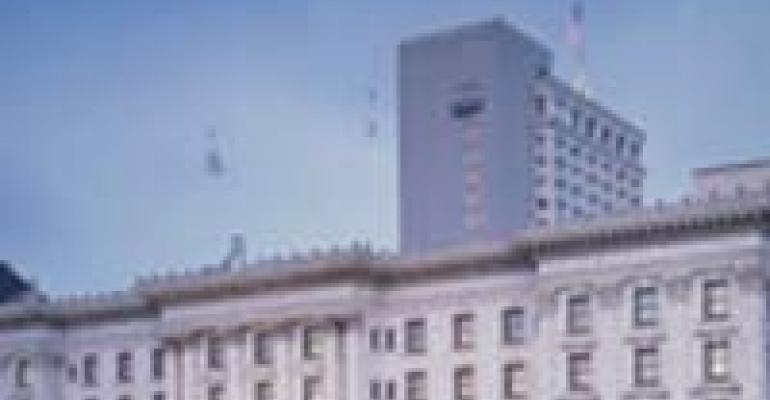 Many hoteliers are seeing event business perk up at their properties &#8212; and the U.S. presidential election next year can bring its own boost.

Although the go-go days of the mid-2000s are gone, many hoteliers are seeing special event business perk up at their properties.

Event business has been great in 2011 at the Harbor Beach Marriott Resort & Spa, reports market catering sales leader Dean Peters. The resort in Fort Lauderdale, Fla., will “reach a new record in the number of local catering events” this year, Peters says. “We see budgets increasing as well as the average check, and covers are on the rise.”

Other hoteliers, though, say the big recovery year was 2010, with 2011 holding pace.

For special event business at the big Fairmont hotel chain, headquartered in Toronto, the year 2011 “is very similar to 2010 — not significantly more,” explains Jeff Doane, vice president of hotel sales and marketing. He adds, “2010 compared to 2009 was significantly better, while 2011 compared to 2010 is up slightly.”

Paula Fenner, director of catering and conference services at The Adolphus in Dallas, sees a similar picture. For 2011, “We are ahead of pace for social events and behind pace for corporate events,” she explains.

In welcome news, the bad old days of the “AIG effect,” which put the damper on even the suggestion of a splurge, seem to be fading.

“We are seeing guests loosening the purse strings,” Fenner says. “Corporate events are having fun themed breaks, ordering flowers again and even bringing in entertainment — it has been awhile since we have seen that.”

THE LUXURY OF CHOICE

Camara notes that choice is its own form of luxury. “Customization is huge,” he explains. “Clients are willing to spend the extra money to create a custom mac-and-cheese bar or custom mini-cupcake bar. So you find the luxury in the additional ingredients, and the luxury of choice.”

Doane says that Fairmont's corporate event clientele are willing to spend if they get the return they want. “Last time, a company might send its 200 top sellers on an incentive, whereas this time, it's 100. But they are spending the same amount of money because they recognize that those 100 salespeople account for 80 of revenue, and they need to be motivated.”

At the Woodloch Resort in Hawley, Pa., “All Saturdays during the most popular wedding months — May, June, September and October — are already sold out for 2012,” notes spokesperson Brooke Jennings Roe.

Next year will also bring the U.S. presidential election, which can bring a landslide of events to some venues.

Since the Fairmont has properties in cities throughout the U.S., Doane has a highly nuanced view of the power of an election year. “Historically in election years, everyone leaves Washington, so it will negatively impact the Fairmont in D.C.,” Doane says. On the other hand, the landmark Fairmont in San Francisco is “the White House of the West,” Doane says, because it has hosted so many U.S. presidents along with presidential fundraisers — and there's every likelihoods those fundraisers will replay.

WHAT PARTY THROWS THE PARTY?

The banner year for Washington hotels, Doane says, will probably be 2013, when the winner of the election is inaugurated. Not only do inaugurations attract events, they also attract lobbyists eager to influence the newly elected — especially if the White House changes hands to a new political party. “2009 was huge for us in D.C. with the Democrats coming in,” Doane recalls.