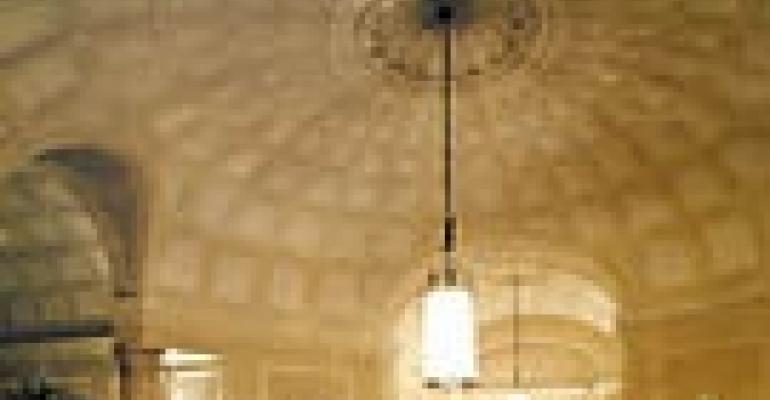 THE BOCA LAGO Country Club, in Boca Raton, Fla., has just launched an advertising campaign designed to boost outside event business. But the club is treading carefully. “We're advertising locally, but we don't really want to get all of South Florida in here,” notes Doris Arias, the club's special events director.

Her concern is echoed by many club event directors, who strike an artful balance between recruiting new business and protecting the exclusivity that club members cherish.

The Moon Valley Country Club, in Phoenix, doesn't advertise its special event capabilities; instead, “most of my business comes from referrals from members,” notes catering manager Susan Ory. She finds, however, that surrounding hotel properties sometimes push local business — both business meetings and social events — her way. “Especially in the Phoenix area, the emphasis is ‘heads on beds,’” she says, noting that hotels may change the setup promised a local event if an out-of-town group willing to book plenty of rooms comes into the picture.

Moon Valley makes a big deal out of local events by limiting access — “We don't take more than one wedding a day” — while expanding service. “We don't have all the restrictions that a resort does,” Ory explains, such as limitations on when events can start or end.

Ory takes care to keep the referrals coming by creating fun special events for Moon Valley members. “Because we have a sports club as well as golf, we have many younger members,” she explains. She keeps them happy with more-casual events, such as the annual “beach party,” which this year will feature a nighttime “dive-in movie” — a screen set up at the pool so members can watch a film while lounging on their pool floats. The menu will probably be something simple like “barbecue, ice-cream bars and, of course, popcorn,” Ory says. With the premium that clubs place on service, “Our biggest cost is labor, so we're facing a challenge here to stay within budget.”

ClubCorp, the Dallas-based owner and operator of nearly 200 country and city clubs as well as golf courses and resorts, has taken more-assertive steps to develop its special event business, including naming a corporate private events director and advertising its capabilities on Web sites geared to brides.

Weddings are “huge,” explains Kim Polk, regional private events director for more than 20 ClubCorp properties from Boston to Chicago. “And that trend will continue for the next five to six years.” Clubs are in an ideal position to capitalize on the trend toward multiple-day weddings, Polk notes. For example, ClubCorp's Metropolitan Club in downtown Chicago can pick guests up at the church after the ceremony for a tour of the city, bring them to the reception at the club, then escort them for a midnight cruise on Lake Michigan.

Clubs also have benefited in some ways from the fallout from 9/11, notes Lynne LaFond DeLuca, ClubCorp's Western regional private events director for nearly 25 clubs from the Rockies to Hawaii. For example, as members travel less, they have turned to their hometown club as a “vacation spot,” DeLuca says. In an age of heightened security, many members find a venue that is closed to the public appealing. Also, as clients start booking events later and later, the club steps in as the one-stop shop. “We have created many more ‘packages’ to assist hosts in creating a very well put together event with less time and energy on their part,” DeLuca says. “Our corporate meeting themed packages can even include gifts for each attendee, themed agendas and name tags, along with food and beverage [ideas] and break ideas.”

Yet not all clubs are eager for outside business. Its constitution means that New York's venerable Union Club — the oldest private city club in the United States — cannot take outside business, according to Charles D. Dorn, CCM, general manager. Yet the club brings in $2.2 million a year in social, charitable and not-for-profit events, driven entirely by members and individuals they personally sponsor. “Probably the singular difference that exists here,” Dorn explains, “is that for a member to sponsor an event, he must guarantee the dollars.”

Failure to put members' needs first “is a mistake that some of my colleagues make,” Dorn says. In fact, the Union Club will not allow outside event planners. “First, we have spent a lot of money to hire good people. We know our building very well, and we can do it better than most,” Dorn says. Also, “We've historically found that with planners, what's right for them may not be what's right for us. We don't want something so outlandish that it would change the feel of a room.”

Along with sophisticated weddings and anniversary parties (the latter often black-tie events with bigger budgets than weddings, Dorn notes), the Union Club does brisk business with Sunday-afternoon christening parties. “They tend to run about 40 to 50 people with brunch-type food,” he notes. “They are fairly profitable, because the kitchen is open on Sundays.”

Although the Union Club has felt a bit of the economic chill (“Someone who might have poured old Bordeaux two years ago is pouring new Bordeaux today,” Dorn says), the club will not compromise its signature service standard. When hosts ask to cut costs by cutting the number of servers per guest, Dorn refuses. “I will not compromise on service,” he says. “That's what sets us apart.”