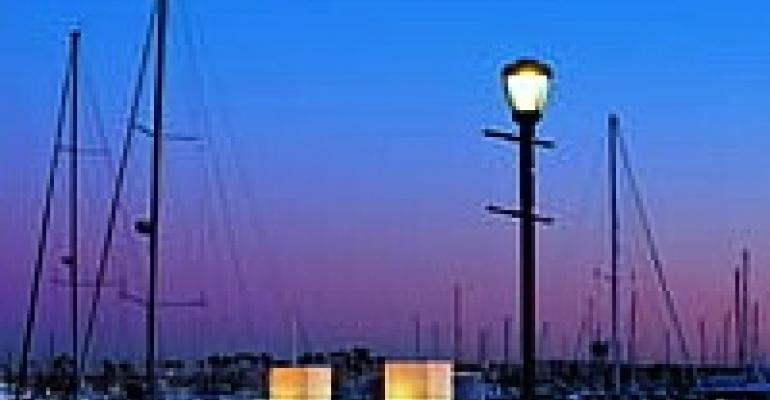 Leading hotels lead the charge toward reviving events and meetings.

Mark Sergot, vice president of global sales for the Toronto-based group, which has properties spanning the globe from Boston to Zanzibar, notes that his sales team is newly focused on “educating planners and decision-makers about the importance of holding meetings.” Among Fairmont's most powerful tools in this task is a new study by the United States Travel Association in conjunction with Oxford Economics, which shows that for every dollar invested in business travel, companies see an average $12.50 in increased revenue. Customer meetings return $15 to $19.99 per dollar invested, the study says, while conferences and trade shows yield returns ranging from $4 to $5.99 per dollar invested.

Sergot says that when the study came out, Fairmont corporate executives sent group clients an e-mail “to drive awareness” of the findings. In addition, Sergot's staff of 75 global salespeople is conducting one-on-one meetings with clients to explain the data and “help them cull through it and put it in a format that's presentable to their own senior leaders.”

Fairmont has instituted a program that offers group clients 10 percent of total room revenue off their master account at the end of the event. At the same time, individual Fairmont properties are taking measures to meet changing client demands. At the Fairmont Chicago Millennium Park, for example, these include a recent Internet speed upgrade to 100 megabytes, according to hotel general manager Andre Zotoff. Also important for group business: “Being green,” Zotoff says, citing efforts by his hotel including energy conservation and the elimination of bottled water. “I don't know if it's make-or-break yet, but it's very close — it's definitely a decision-making factor” for today's planners, he notes.

In October, Hyatt began rolling out its “Great Happens” initiative, designed to return Hyatt to its dominant position in the event and meetings market. “We're saying that everyone has been in their little cocoons, Webinaring to death,” explains Hyatt vice president of catering and conference services Steve Enselein. Great Happens aims to revive face-to-face events by speaking directly to needs planners have voiced to Hyatt through focus-group feedback. Along with a new online booking tool and healthier catering menu choices, Great Happens hinges on Hyatt's new “Meetings Service Promise”: “If any part of a client's meeting is less than perfect, we'll make it perfect,” Enselein says. “If we can't make it perfect, it's free, and it's also free next time you have your meeting at Hyatt.”

Another organization to put its money where its mouth is, the Broadmoor earlier this year launched the Broadmoor Guarantee, under which a new group that books in 2009 or 2010 can challenge its event to review by an independent party if it doesn't feel that the meeting meets expectations. “If we don't perform, you don't pay your master account,” says vice president of sales and marketing Jim Washko. He adds that the independent Broadmoor, with “zero debt” on the property and, as a result, more freedom to invest in facility upkeep and service upgrades, is in a unique position to deliver on its promise. So far, a number of groups have held gatherings under the guarantee — none has challenged the experience, management reports.

Washko notes that the program has not only brought in business but also boosted the morale of Broadmoor employees, themselves victims of the “AIG effect” — the PR backlash against corporate events brought on by perceived excesses of insurer AIG, which took public bailout funding. “We let them know that we would stake ourselves financially, that we were doing everything in our power to fight for them, for their business,” Washko says. “Their response has been sensational. It's been, ‘Thanks for the vote of confidence — we're not going to let you down.’”

In Southern California — not typically regarded as a budget-friendly corporate event destination, and where the state budget crisis has put a tighter pinch on local business — the Ritz-Carlton Marina del Rey is benefitting from two new tools from the luxury chain's arsenal.

The “Meetings Within Reach” program offers complimentary meeting space, wireless Internet and continental breakfasts, plus 20 percent off AV costs, available on certain dates. Meanwhile, the “Meaningful Meetings” program allows groups booking 10 or more room nights to have 10 percent of their total room revenue donated equally between a charity of their choice and causes supported by Community Footprints, Ritz-Carlton's own corporate responsibility program.

Then there is Ritz-Carlton's reputation for stellar service: “We dedicate ourselves to providing flawless attention to detail in order to make [the planner's] job easier,” notes Ritz-Carlton Marina del Rey general manager Robert Thomas.

This past summer, fellow luxury chain Four Seasons Hotels and Resorts introduced “Meetings with More,” which aims to reduce risk to planners, according to executive vice president of marketing Susan Helstab. Features of the program include allowance of up to 25 percent attrition with no penalty, along with reduced minimums on deposits.

Individual Four Seasons properties, too, are stepping up. “We have noticed an increased appeal for less formal function environments,” notes Four Seasons Hotel Boston director of catering Jim Peters. In response, his hotel has created its private 5th Floor Residential Meeting Wing, which “provides new options to meeting planners and event coordinators who use it for business and social gatherings.”

Helstab adds that Four Seasons is not just pushing the importance of meetings and events, but heeding its own advice: “It's noteworthy that in 2009, in a year when manycompanies cut down on events and corporate travel, Four Seasons has walked the talk and maintained its own sales development initiatives around the world,” she says.

For a handful of hotels, iconic stature alone is enough to see them safely through the storm — almost.

Yes, New York's Waldorf-Astoria, known for its lavish events, has had to adjust its approach to the new realities of the current business climate, whether working on a Fortune 500 sales meeting or one of the many high-profile fundraisers that make up a big chunk of its group business. As veteran Waldorf-Astoria catering director Jim Blauvelt puts it, “Instead of caviar and champagne, it might be pigs-in-a-blanket and ice cream sundaes — we play with the perception of over-the-top, but without ever being irresponsible.”

But in the Waldorf-Astoria's case, the pull of prestige may win out. “We've been delighted with our rate of retention of group business,” Blauvelt notes. “We couldn't understand at first. But we saw that when things got tough, customers were coming back to what they were familiar with, what they trusted.”