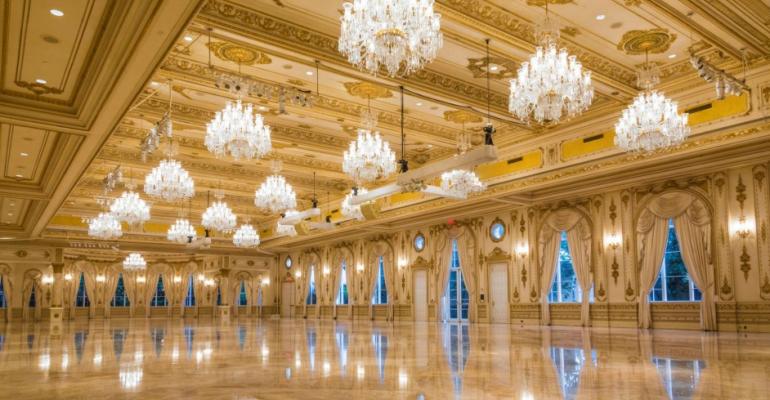 The “Southern White House”—U.S. president Donald Trump’s Mar-a-Lago resort in Palm Beach, Fla.—grabbed headlines this week in the wake of big-name charities canceling their fundraisers slated for the iconic property. As many as 20 charities have pulled away from Mar-a-Lago, according to a report from NPR, including such prominent groups as the American Red Cross, Salvation Army and Susan G. Komen.

The cancellations come in the wake of controversial comments from Trump after violent clashes in Charlottesville, Va., on Aug. 12 between groups including neo-Nazis and white supremacists and the counter-protesters who opposed them. A counter-protester was killed when a sympathizer for the “Unite the Right” groups drove his car into the crowd. Three days later, Trump said there were “very fine people” on “both sides,” a remark that many groups believe shows Trump was giving tacit support to “alt right” groups such as neo-Nazis.

Politics can easily roil the waters for the hotel business. Back in 2014, for example, the glamorous Beverly Hills Hotel was picketed by feminists and gay activists when the Sultan of Brunei—the hotel’s owner—began imposing strict sharia law in his country, including death by stoning for adultery and homosexual acts.

MAINTAINING THE MISSION For Trump’s Mar-a-Lago, the backlash comes from charities, which are consumer-facing organizations. Such groups must ensure that their events align with their mission statements, and Trump’s comments are perceived by some as simply too divisive. When the Red Cross announced its plan to cancel its event at Mar-a-Lago, the charity said in a statement, “The Red Cross provides assistance without discrimination to all people in need,” according to the Los Angeles Times. “We must be clear and unequivocal in our defense of that principle.”

Related: Tips on Preparing for Protesters at Your Next Event

In an interesting contrast, Trump’s Trump International Hotel in Washington has outperformed its forecasted revenues for the first four months of 2017. According to the Wall Street Journal, the richly renovated hotel in the district’s famed Old Post Office near the White House brought in about $18 million in revenue in the first four months of 2017, in part by charging room rates that were higher than their budgeted prices by around 60 percent.

Trump’s critics contend that his D.C. property benefits from its status as a Washington power center, drawing business from officials looking to curry favor with the current administration. “It appears that the hotel has been perceived as a place to be seen and have power lunches and that sort of thing,” said Sean Hennessey, a hotel consultant told the Wall Street Journal. “The numbers on the [food and beverage] side indicate it has that kind of cachet.”