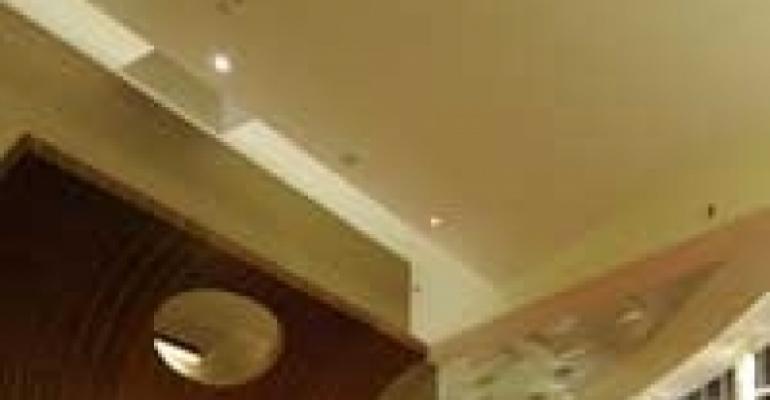 These hot convention properties are as noteworthy for what they don't offer — big-box ballrooms, sterile breakouts, boring buffet stations — as what they do: unique event space, unparalleled access to nearby convention centers, and a leisure-travel experience for the hardworking conference-goer. So while they may be considered convention hotels, they're all about the comfort of individual guests. And a comfortable convention guest? Well, that's just good for business.

IN-DEMAND EVENT SPACE: Any one of the Peabody's five ballrooms, which are all located on one level. Options range from the 55,000-square-foot Peabody Grand Ballroom to the 9,000-square-foot Orlando Ballroom, which can accommodate 770 guests banquet-style.

DEFYING CONVENTION: Though 80 percent of the Peabody Orlando's business comes from meetings and conventions, the hotel — which recently completed a $450-million expansion and renovation — maintains a feel of warmth, elegance and refined Southern hospitality. Guests are not only surrounded by stately palm trees, cascading waterfalls, exotic orchids and fine art but also enjoy the benefit of a state-of-the-art technical infrastructure. Plus, through its partnership with the Clean the World foundation, the Peabody sterilizes, reprocesses and reshapes all those luxury soaps and shampoos guests don't use, then donates them to developing nations to help reduce the spread of disease.

WHAT'S SO SPECIAL? “One of the most strategic advantages of our meeting space is the layout — the majority of it is contained on two levels — which allows large groups to feel the intimacy of the space and enables multiple groups to be in-house at one time while still feeling like they have their own ‘meeting centers,’” says Greg Herning, vice president of sales and marketing.

NEAREST CONVENTION CENTER: You can't get any closer — the 261,000-square-foot Palm Springs Convention Center is attached to the hotel.

IN-DEMAND EVENT SPACE: The California Ballroom, with 13,000 square feet of flexible space, is a favorite for both on-site conferences and events produced in conjunction with exhibitions and trade shows at the Palm Springs Convention Center. The contemporary California Ballroom has no columns and hence no sight obstructions, making it perfect for awards presentations and parties with live entertainment. Plus, it's divisible into five sections, all in a single space.

DEFYING CONVENTION: More like the lobby of an ultra-hip, members-only club than a conference hotel, the Renaissance's Grand Lobby greets guests with gleaming marble floors, sleek white leather couches, and pops of pink and burnished bronze. And the cool pool deck, with its private cabanas, is not just a great place to wind down with a frosty beverage after hours manning the booth, it's also a coveted spot for swank corporate dinners and cocktail receptions.

WHAT'S SO SPECIAL? “What we like to sell is the fact that you don't have to go outside” — a major bonus in a locale where summer temps frequently top 100 degrees Fahrenheit, notes senior sales manager Scott Fields. “It's all very convenient and seamless.”

NEAREST CONVENTION CENTER: The hotel — located within CNN World Headquarters across from Centennial Olympic Park — connects to the plaza of the Georgia World Congress Center, one of the largest convention facilities in the U.S.

DEFYING CONVENTION: The Omni brand is associated with luxury and lavish personal service, which extends to conference and trade show attendees. The property takes pride in its position as the only four-diamond convention hotel in downtown Atlanta, and many of its convention guests take advantage of its Select Guest program, which maintains a comprehensive profile for each member guest.

WHAT'S SO SPECIAL? Instead of competing relentlessly with nearby convention properties, Omni CNN Center has chosen to collaborate. In 2005, in conjunction with the opening of the Georgia Aquarium and the World of Coke, “We met with [counterparts at the] Westin, and said, ‘Look, We've got the best location, and now we have great attractions. Everything is happening here,’” explains marketing director Michael Sullivan. The properties partnered to promote Atlanta as a convention destination — and now that partnership has evolved into the Convention Collection at Centennial Park, a collective of eight properties with its own budget and website whose representatives stay connected through a weekly conference call. Planners enjoy the huge benefit of one-stop shopping — one RFP rather than many — plus the ability to leverage their buying power through a wealth of concessions and incentives.

NEAREST CONVENTION CENTER: The San Diego Convention Center is located a short three-block walk away, right on the downtown harbor.

IN-DEMAND EVENT SPACE: Ask SyFy Channel and Entertainment Weekly and they'll tell you it's the fourth-floor Solamar Terrace. For the past five years, the corporate partners have used the outdoor space, which includes the sleek pool deck and Loungesix rooftop bar, for their scorching-hot-ticket bash in conjunction with Comic-Con — the huge pop-culture conference.

DEFYING CONVENTION: Book your conference at Hotel Solamar and the pet-lovers in the group will thank you. The property was named one of the Top 10 pet-friendliest hotels in the entire country by TripAdvisor.com earlier this year.

WHAT'S SO SPECIAL? Being a Kimpton Hotels property, Hotel Solamar is boutique at its best. Sure, there's the hip location in San Diego's trendy Gaslamp District, the modular furniture and funky artwork. But Solamar serves up serious boutique chic with a heaping side of fun. “As we look to hire staff, it's really about personality and being able to engage guests,” says general manager Mark Dibella. “The best thing I've heard from a guest is, ‘You have the most playful but professional staff I've ever worked with.’” He adds: “It's a lot more comfortable to do business here than in a big-box convention hotel.”